Advanced Search
Ximena Duque is a Colombian actor and model, best known for appearing in telenovelas such as ‘Valeria’ and ‘Clarita.’ Born in Santiago de Cali, Colombia, Ximena was raised in Miami, Florida, US. As a Colombian girl, she began working on her English diction and also received training in acting. In 2003, she appeared on the talent hunt show titled ‘Protagonistas de Novela.’ She began her acting career with a recurring role in a telenovela titled ‘Soñar no cuesta nada.’ She then appeared in many telenovelas, such as ‘Valeria,’ ‘Victorinos,’ and ‘La casa de al lado.’ In 2012, she made her debut in a leading role, in the telenovela ‘Corazón valiente.’ The telenovela became a success and ran for 206 episodes, making Ximena popular with Spanish-speaking Americans. In 2013, she appeared as the main antagonist in the telenovela titled ‘Santa Diabla’ and then appeared in the lead role in the telenovela titled ‘Villa paraíso.’ She also played the titular role in the telenovela ‘Clarita.’ In the more recent years, she was seen playing main/lead roles in ‘La fan’ and ‘Queen of the South.’ Sofia Vergara
DID WE MISS SOMEONE?
CLICK HERE AND TELL US
WE'LL MAKE SURE
THEY'RE HERE A.S.A.P
Quick Facts

Colombian People
Colombian Women
Female Models
Aquarius Models
Colombian Models
Childhood & Early Life
Ximena Duque was born on January 30, 1985, in Cali, Valle del Cauca, Colombia, to Clara Giraldo and German Duque. She grew up with a brother named Andy Duque.
Ever since she was a kid, she had developed a keen interest in acting and performing arts. When she was 12, she and her family moved to Miami, Florida. Ximena spent the rest of her adolescence there. In Florida, Ximena resumed her studies and also started working on her diction and accent.
She took acting lessons in Florida. Following her high-school graduation, she plunged into acting and began auditioning for TV and film roles.
Continue Reading Below
Career
Ximena began her career in the early 2000s, when she appeared on the talent hunt show named ‘Protagonistas de Novela.’ The show was dedicated to finding actors for telenovelas. She eventually made her acting debut with the supporting role of ‘Jenny’ in the telenovela titled ‘Soñar no cuesta nada’ in 2005.
She then appeared in the recurring role of ‘Maria Aguilar’ in another telenovela, ‘Pecados ajenos.’ She then appeared in a Venezuelan–American co-production titled ‘Valeria,’ a telenovela which featured her in the recurring role of ‘Ana Lucía Hidalgo.’
By the late 2000s, she had become an actor who consistently appeared in telenovelas of the American Spanish-language network ‘Telemundo.’ She appeared as ‘Camila Moncada’ in the telenovela ‘El rostro de Analía’ in 2008. She was slowly gaining popularity with the Spanish-speaking American population. Her shows were quite popular with English-speaking Americans, too, who watched the shows with subtitles.
In 2009, she appeared in the supporting role of ‘Diana Gallardo’ in the telenovela titled ‘Victorinos.’ The series was appreciated and eventually became ‘Telemundo’s highest-rated series in the 10 pm slot.
In the next few years, Ximena appeared in more telenovelas, playing supporting and recurring roles. She was still young, and as she gained more experience, she began receiving critical acclaim for her roles in telenovelas such as ‘La casa de al lado’ and ‘Bella calamidades.’
In the early 2010s, she was offered the first leading role of her career, in the telenovela titled ‘Corazón valiente.’ Ximena played a dual role in the telenovela and was immensely appreciated by both audiences and critics. The telenovela and several of its actors were nominated for many awards. Ximena won a ‘Premios Tu Mundo’ award for her performance in the telenovela.
In the 2013 telenovela ‘Santa Diabla,’ she played a role that was in complete contrast to her previous lead role. She appeared as the main villain, ‘Inés Robledo.’ She won another ‘Premios Tu Mundo’ award for her performance. The series was a success and ran for a total of 136 episodes.
In 2014, she appeared in another lead role. She was seen as ‘Cristina Vidal’ in the telenovela ‘Villa Paraiso.’ However, unlike her previous work, this show was a failure. It received bad ratings and reviews, compelling the producers to cancel the show after 20 episodes of the first season.
In 2015, she appeared in another lead role, in the ‘Telemundo’ telenovela ‘Dueños del paraíso.’ It was set in the 1970s, at a time when the notorious drug trade of Miami flourished. The telenovela featured Ximena as ‘Erica San Miguel’ and ran for a season, spanning 69 episodes.
In 2016, she appeared in the titular role in the telenovela titled ‘Clarita.’ She then appeared in a 9-episode-long role, as ‘Blanca,’ in the American soap opera ‘Days of Our Lives.’ It was her first appearance in an English-language TV series.
In 2017, Ximena appeared in the telenovela titled ‘La Fan,’ which featured her as ‘Adriana Zubizarreta.’ Although the series was supposed to run for more than 100 episodes, it was canceled after 54 episodes, owing to the poor ratings it received.
The same year, she appeared as ‘Eva Buemeros’ in the crime drama ‘Queen of the South.’ With this, she tried to make a mark in the English-language territory of the American TV industry. Ximena appeared in the second season of this successful series.
In 2017, she appeared in an episode the American anthology series ‘Milagros de Navidad,’ titled ‘No lo deporten.’
In addition to appearing in telenovelas, Ximena has also appeared in films such as ‘Primero de enero’ and ‘Morir soñando.’ Additionally, she has also appeared on a web show titled ‘Mía Mundo.’
Family & Personal Life
Ximena Duque dated Christian Carabias from 2003 to 2008. They had a child in May 2004. Toward the late 2000s, the couple broke up.
In 2010, Ximena began dating actor Carlos Ponce. The couple stayed together until 2016 and parted ways after that.
In 2016, she began dating businessman Jay Adkins. The couple got engaged in December 2016. They got married in 2017 and had their daughter, Luna, in 2018.

See the events in life of Ximena Duque in Chronological Order 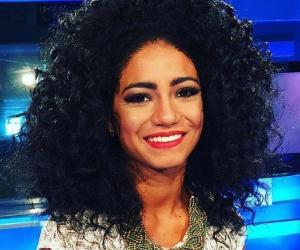 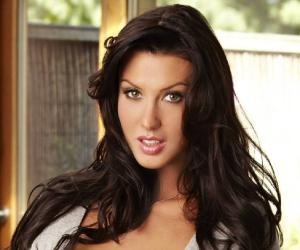