Sofia Margarita Vergara Vergara is a Colombian-American actress and model who started her acting career as a co-host of a couple of Spanish-language television shows on Univisión. Steering through a lot of hardships to achieve success, Sofia proved that hard work and perseverance pay off in the end. She is most famous for playing the role of Gloria Delgado-Pritchett on the ABC series 'Modern Family', which brought her numerous award nominations. She also did significant roles in movies like 'Chasing Papi', 'Four Brothers', 'Meet the Browns', 'Madea Goes to Jail', 'The Smurfs', 'Happy Feet Two', 'The Three Stooges', 'Machete Kills' and 'Hot Pursuit'. She has been the top-earning actress on US television for three years and ranked 32nd on the Forbes' list of most powerful women in the world. She has modeled for a number of brands and products, and has launched her own clothing line and jewelry collection. She is married to Joe Manganiello and currently lives in Los Angeles, California with her son from her first marriage, Manolo. She is a cancer survivor and has created a foundation to help families in Colombia cope with cancer. Ximena Duque
DID WE MISS SOMEONE?
CLICK HERE AND TELL US
WE'LL MAKE SURE
THEY'RE HERE A.S.A.P
Quick Facts

American People
Colombian People
American Women
Colombian Women
Cancer Models
Female Models
Childhood & Early Life
Sofia Vergara was born on July 10, 1972 to a Roman Catholic family in Barranquilla, Colombia. Her mother, Margarita Vergara de Vergara, was a housewife and her father, Julio Enrique Vergara Robayo, was a cattle farmer.
She comes from a big family and has five siblings and many cousins. Her younger sister Sandra Vergara is also an actress.
She attended Marymount International School Barranquilla, a private bilingual Spanish/English school. She later studied dentistry for three years at a university in Colombia, but dropped out without finishing the last two semesters in order to pursue a modeling career.
In 1998, Sofia’s older brother was killed in gunfire during a botched kidnapping attempt. The family later moved to Miami, Florida, to escape from the unrest in Colombia.
Continue Reading Below
Career
Sofia Vergara started her career as a model after a photographer spotted her walking on a Colombian beach and quickly offered her work. However, coming from a strict Catholic family, she was initially concerned about accepting the offer and took permission from her teachers to work as a model.
At the age of 17, she appeared in a Pepsi commercial aimed for the Latin American audience. At the age of 20, she started working as a runway model in Bogota, Columbia.
Her first major job on television was co-hosting the Univisión travel show, 'Fuera de serie'. From 1995 to 1998, she traveled to exotic locations around the world for the show. The show, which was also broadcast on American network channels, gave her exposure in the United States.
She started her acting career with the 2002 comedy film 'Big Trouble'. However, her first significant role as an actor came next year, in the movie 'Chasing Papi'.
In 2005, she was cast in the movie 'Four Brothers'. She later acted in two Tyler Perry films, 'Meet the Browns' (2008) and 'Madea Goes to Jail' (2009). She was nominated for an ALMA Award for 'Best Actress in Film' for her performance in 'Madea Goes to Jail'.
During this time, she appeared as a guest on a number of TV shows including 'Baywatch' and 'Entourage'. She was also cast in primary roles in two television series, 'Hot Properties' (2005) and 'The Knights of Prosperity' (2007).
In 2009, she performed on-stage for five weeks, playing Mama Morton in the Broadway production 'Chicago'. The same year, she got her breakthrough role as the sexy and assertive Gloria Delgado-Pritchett on the ABC sitcom 'Modern Family'. The show became an instant hit and earned her multiple awards and nominations.
In 2011, she appeared in many Hollywood movies including 'The Smurfs', 'New Year's Eve' and 'Happy Feet Two'. In the last one, she worked as a voice actor.
In 2012, she worked in 'The Three Stooges', an adaptation of the 1930s vaudeville show. She played a mean and negative character in the movie.
Continue Reading Below
She lent her voice to the character of Gabby Babblebrook in the 2013 animated sci-fi, 'Escape from Planet Earth'. The same year, she did a role in the film 'Machete Kills'.
In 2015, she worked as an actor as well as executive producer in the movie 'Hot Pursuit'. She received a People's Choice Awards nomination for her role in the movie. Her latest film, 'The Female Brain', is currently in post-production.
Major Works
The series 'Modern Family' has been one of Sofia Vergara's major performances throughout the years. The show, which became a critical and commercial success, has been running for 8 seasons.
Awards & Achievements
Sofia Vergara has been nominated for four Golden Globe Awards, four Primetime Emmy Awards and seven Screen Actors Guild Awards for portraying Gloria Delgado-Pritchett in the ABC series 'Modern Family'. She has won seven awards from 2010 to 2013 for the role.
According to 'Forbes', she was the highest paid actress in television in the US in 2012, 2013 and 2016. According to the report, she has earned $43 million in 2016 till September of the year. She also made it to the list of most powerful women in the world by 'Forbes'.
She topped Askmen.com's list of 99 "most desirable" women of 2012. The next year, she ranked 12th on the same list.
Personal Life & Legacy
In 1990, at the age of 18, Sofia Vergara married her high-school sweetheart, Joe Gonzalez. Two years later, in 1992, she gave birth to her son Manolo. However, she separated from her husband the next year. She raised her son as a single working mother.
In 2000, she was diagnosed with thyroid cancer and had to undergo surgery to have her thyroid gland removed. She made full recovery through radioiodine therapy, but still needs to take medicines to prevent hypothyroidism.
She has a younger brother, Julio, who was deported from the United States to Colombia on May 9, 2011. He had a longtime drug addiction.
She started dating Nick Loeb in 2010 and reportedly got engaged in July 2012. However, they separated in May 2014 and one year later, Sofia got into legal battle with Loeb regarding the future of two embryos that were produced by in vitro fertilization while they were together. Loeb tried to accuse her of neglect for keeping the embryos frozen and indicated that she intends to destroy them. However, her lawyer confirmed that she was content to have them "frozen indefinitely".
She started dating 'True Blood' star Joe Manganiello in July 2014 and got engaged six months later. The two married in Palm Beach, Florida on November 21, 2015.
Trivia
Sofia Vergara, who has naturally blonde hair, once said that her looks would often create confusion during auditions because most people thought that every Latino person looked like Salma Hayek. She would often be asked to dye her hair brown to look more like stereotypical Hispanic characters.
Recommended Lists:
Fashion #40

See the events in life of Sofia Vergara in Chronological Order 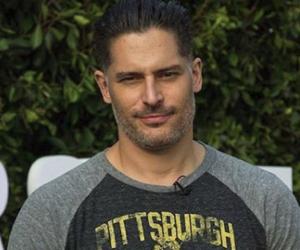 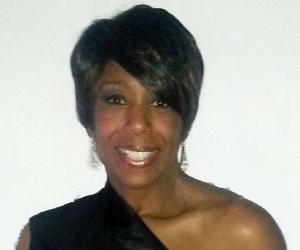 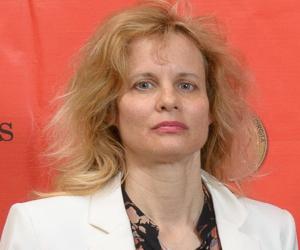