Molly Kathleen Ringwald is an American actress, singer, dancer, and author. She was the reigning ‘teen queen’ of mainstream films of the ‘80s, largely due to her long association with John Hughes who specialized in directing coming-of-age movies. Ringwald started her entertainment career at a very young age; she first appeared in a local theatrical production of ‘Alice in the Wonderland’ at the age of five. Her mother’s encouragement and her father’s knowledge in jazz music helped her to come up with her first jazz album at the age of six. But it was not until she was cast in ‘Tempest’ that the film industry took notice of her. It was Hughes who paved the way for her success by casting her in his legendary teen movies of the ‘80s. These movies include ‘Sixteen Candles’ and ‘The Breakfast Club.’ After tasting success in the ‘80s, Ringwald moved to France in the ‘90s to work in French language movies and theatre productions. After working in France for a while, she returned to American cinema and television and continued to entertain her audience by appearing in projects like ‘Not Another Teen Movie,’ ‘The Secret Life of the American Teenager,’ etc. Molly Kathleen Ringwald was born on 18 February 1968, in Roseville, California, USA, to Adele Edith and Robert Scott ‘Bob’ Ringwald. Her mother was a pastry chef and her father was a blind jazz pianist—frontman and banjo player for the ‘Great Pacific Jazz Band.’

Ever since she was a young girl, Ringwald had a natural inclination towards acting. At the age of five, she played the role of ‘dormouse’ in the local stage production of ‘Alice in Wonderland.’

At six, she released a jazz album titled ‘I Wanna Be Loved by You’ in collaboration with her father and his band. She continued acting throughout her childhood—she played ‘Mouseketeer’ on Disney Channel’s ‘The New Mickey Mouse Club.’ 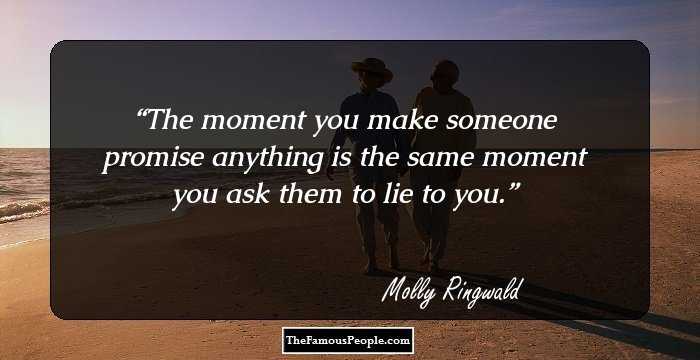 �Even before becoming a teenager, Ringwald’s television and film career had taken shape. In 1979, she appeared on television series like ‘The Facts of Life’ and ‘Diff'rent Strokes.’

In 1980, Ringwald explored her singing skills with Disney—she performed as the lead vocalist for two of their albums, ‘Yankee Doodle Mickey’ and ‘Disney’s Christmas Album.’ She sang songs like ‘This is My Country’ and ‘God Bless America.’

She made her first major appearance in the film version of Shakespeare’s ‘The Tempest’ in 1982 and earned her first ‘Golden Globe’ nomination. Her performance in the film was noticed by major directors and producers.

Ringwald’s success streak began when the legendary director John Hughes cast her in his coming-of-age comedy film ‘Sixteen Candles’ in 1984, which proved to be her breakout role.

In 1987, the actress allegedly turned down John Hughes’ offer to play the lead role in his movie ‘Some Kind of Wonderful.’ She also turned down roles in some of the epic movies of the ‘90s, including ‘Pretty Woman’ (1990) and ‘Ghost’ (1990).

Her bold decision to reject lucrative projects did not pay off as she ended up with a string of unsuccessful roles. Disappointed with her career, she moved to France; she is fluent in French.

During this experimental time of her life, Ringwald acted in several French movies and theatre productions, but ultimately decided to come back to the United States. She then appeared in the TV adaptation of Stephen King's ‘The Stand’ in 1994.

She managed to land the lead role in ‘Malicious’ in 1995, where she portrayed the role of a disturbed woman in love. In the following year, she made an appearance on the ABC sitcom ‘Townies.’

In 1998, she was seen in the made-for-TV movie ‘Since You’ve Been Gone,’ starring alongside Teri Hatcher and David Schwimmer. In the following year, she appeared in Paula Vogel's play ‘How I Learned to Drive.’

In 2001, she did a cameo role in ‘Not Another Teen Movie,’ a parody of teen movies. Her role earned her an ‘MTV Movie Award’ nomination for ‘Best Cameo.’

Her subsequent important work includes the portrayal of ‘Anne Juergens’ in an American teen drama titled ‘The Secret Life of the American Teenager.’ Directed by Brenda Hampton, it was aired on ABC Family from 2008 to 2013.

In early 2013, she released her next jazz album ‘Except Sometimes.’ The album received mixed to positive reviews from critics. It peaked at number seven on ‘Jazz Albums’ chart. The following year, she appeared in the Lifetime Christmas special ‘Wishin' and Hopin'.’ She also had a recurring role in the TV series ‘Raising Expectations’ in 2016.

After being part of the biographical crime drama ‘King Cobra’ in 2016, she joined the cast of CW’s teen drama series ‘Riverdale’ in 2017. In the latter, she played the recurring role of ‘Mary Andrew.’ 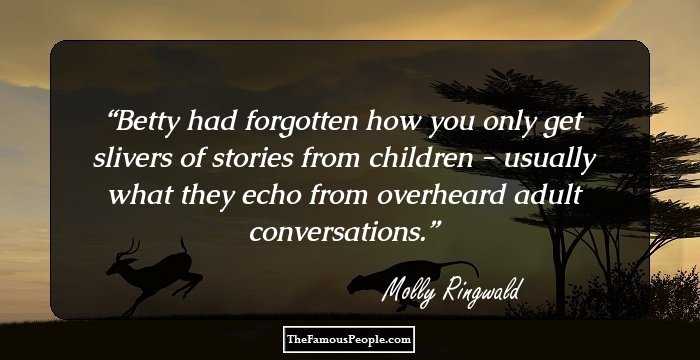 Her roles in some of John Hughes’ coming-of-age movies, such as ‘Sixteen Candles,’ ‘The Breakfast Club,’ ‘Pretty in Pink,’ etc, are considered her most crucial and important roles—being Hughes’ muse helped establish herself in the American film industry. 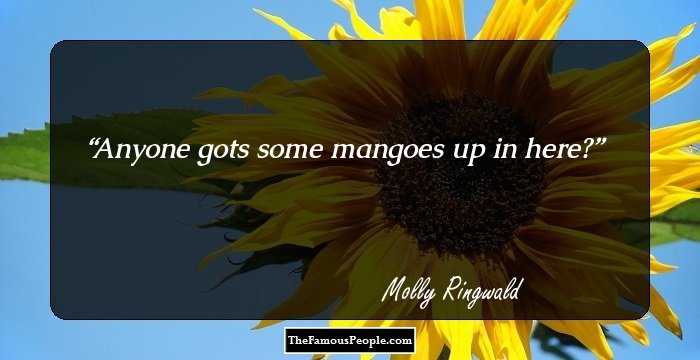 When she was acting in French language films and theatre productions in France, Ringwald married Valéry Lameignère, a French writer, in Bordeaux, France in 1999. The marriage ended in divorce within three years.

She then got married to Panio Gianopoulos, a Greek-American writer and book editor, in 2007. The couple has three children: Mathilda Ereni, Adele Georgiana, and Roman Stylianos.

David Lynch, the famous director and musician, sent Ringwald the screenplay of his movie ‘Blue Velvet’ in 1986. Her mother read the script first and became so disturbed after reading it that she never showed the script to Ringwald.

She often recalls ‘Pretty in Pink’ as her favorite film. She also maintains that her kiss with Andrew McCarthy at the very end is her favorite onscreen kiss.

She gave birth to her first child at the age of 35.

She is the author of two books: ‘Getting the Pretty Back: Friendship, Family, and Finding the Perfect Lipstick’ (2010) and ‘When It Happens to You: A Novel in Stories’ (2012).

See the events in life of Molly Ringwald in Chronological Order