(Trinidadian Historian and Journalist Known for His Books: ‘The Black Jacobins’, ‘Beyond a Boundary’ and ‘Minty Alley’)

Born In: Tunapuna, Trinidad and Tobago

C. L. R. James was a renowned Afro-Trinidadian historian, journalist, socialist theorist and essayist, who was also a popular cricket writer. James strived hard to put across the voices of the African native races. James was attached with socio-political causes like putting across the voices of lesser African races to the world. James wrote several times under his pen name J.R. Johnson. Sections of his writings throughout his life were dedicated to Caribbean and Afro-nationalism. James was widely known for his varied range of activities that included sports, occasional playwriting and acting. James had his own autodidactic facility. He was often termed as an “anti-Stalinist dialectician” as his views were more open and revolutionary. James was awarded an Honorary Doctorate from South Bank Polytechnic in London for his immense contribution to socio-political awareness building work on races and sport. James was a very popular cricket writer whose great work ‘Beyond a Boundary’ made way for a new era of writing on cricket. The book is arguably the best written by James and also the best book ever written on sport. Born In: Tunapuna, Trinidad and Tobago

Sunny Hostin
DID WE MISS SOMEONE?
CLICK HERE AND TELL US
WE'LL MAKE SURE
THEY'RE HERE A.S.A.P
Quick Facts

Cause of Death: Chest Infection

Cyril Lionel Robert James was born on 4 January 1901, in Tunapuna, a town located in the East–West Corridor of the island of Trinidad, then a colony under the British Crown. His father, Robert Alexander James, was a school teacher. Their relationship was sometime stressful because of Cyril's extracurricular activities.

His mother, Ida Elizabeth James née Rudder, was a great reader, a trend Cyril inherited from her and was exposed to an array of writers from an early age. While Charles Dickens was a favorite, Mathew Arnold's Culture and Anarchy made a lasting impression on him.

Nicknamed Nello, he was born eldest of his parents' three children, having two younger brothers named Eric and Olive. Although they were not rich the family occupied a privileged niche in the society.

Apart from reading, he was also enthusiastic about cricket, participating in the game since the age of four. When he could not play, he would climb on the bedroom chair to watch the game being played outside. Thus reading and cricket began to dominate his interest from an early age.

In  January 1911, he entered Queen's Royal College with a scholarship, initially earning good grades. But as cricket and reading took precedence over school curricula, his grades began to slip. Soon, he became a club cricketer and distinguished himself as a high-jumper. He also began writing fiction.

In 1918, C. L. R. James graduated from Queen's Royal College and almost immediately began his career as a teacher of English and history at his alma mater. Very soon, he also became a member of a literary club called Maverick and began to participate in dramatics.

Concurrently with teaching, James continued to pursue his interest in cricket, playing for the Maple, a club for the brown-skinned middle class people. The other alternatives were Stingo, meant for black laborers and Shanon, for lower-middle class blacks. The Queen's Park Club, meant for the whites, was closed for him.

Very soon, he began to nurture a pronounced dissatisfaction on the restriction placed on the educated blacks. Sometime now, he also realized that he would never become a top-rank professional cricketer and began to concentrate more on his writings.

In 1927, he had his first literary success with the publication of a short story, entitled La Divina Pastora, in the Saturday Review of Literature. Triumph, published in Trinidad was another landmark of this period.

Sometime now, he also became a member of the anti-colonialist Beacon Group, a circle of writers associated with The Beacon magazine, publishing a series of short stories in it. However, these stories had greater political overtones.

In 1932, C. L. R.James traveled to England at the invitation of his friend, Learie Constantine, taking with him the manuscript of The Life of Captain Cipriani, publishing the work with Constantine's financial help. Partly based on Cipriani's interview, the work is considered a powerful statement of West Indian nationalism.

In 1933, he moved to London, publishing an abridged version of The Life of Captain Cipriani as The Case for West-Indian Self Government. Quickly, he became involved in Marxist politics and also in the African and West Indian independence movements. Sometime now, he also worked as cricket commentator for the Guardian.

In 1934, he wrote Toussaint Louverture - The story of the only successful slave revolt in history, a three-act play which was successfully performed in 1936 at London's Westminster (West End)2 Theatre.  Also in 1934, he joined Independent Labour Party.

In 1935, he co-founded International African Friends of Abyssinia (IAFA) with Amy Ashwood Garvey and Chris Brathwaite, urging all Africans and people of African descent to help Abyssinia. They also called upon the League of Nations and the British Government to protect the country from Italian aggression.

In 1936, he had his only novel, Minty Alley published by Secker & Warburg. It became the first novel by a black West Indian to be published in England and earned effusive praise for his sensitive portrayal of the poor. In the same year, he formed an open party with the Marxist Group.

In 1938, he published one of his most notable works, The Black Jacobins. The work, a Marxist study of the 1790s' Haitian slave revolution, won him widespread acclaim. Later in the same year he merged his Marxist Group with the Marxist League to form Revolutionary Socialist League.

In October 1938, C. L. R.James sailed for the USA on the invitation of the Revolutionary Socialist League leadership. Heavily praised "for his oratorical ability and capacity for analysis of world events", he embarked on a speaking tour on January 6, 1939.

He lived in USA until 1953, contributing greatly to the Trotskyist movement on the black question. However, his letters show that he was having doubts about the Trotskyist analysis of the Soviet Union and argued for the liberation of Marxism through a bottom-up emphasis.

In 1953, James was interned at Ellis Island in New York City for overstaying his visa and eventually deported to Britain. He used this period to write an analysis of Herman Melville’s Moby Dick called Mariners, Renegades and Castaways: The Story of Herman Melville and the World We Live In.

On his return to England, C. L. R.James James once again began reporting on cricket for Manchester Guardian. However, his friends found him rather adrift, "trying to find his way after fifteen years out of the country."

In 1957, he traveled to Ghana to attend the celebration of the country's independence from British rule, later writing Nkrumah and the Ghana Revolution, telling the history of the socialist revolution led by Kwame Nkrumah. However it was not published until 1977.

In 1958, he returned to Trinidad, where he edited The Nation newspaper for the People's National Movement party. Concurrently, he played an active role in the Pan-African movement, traveling widely across Africa and the Caribbean, publishing one of his greatest works, Beyond A Boundary, in 1963.

In 1968, invited by a group of left wing thinkers, he moved to the USA, where he taught at the University of the District of Columbia. Ultimately, he returned to England, living there until his death. During this period, he wrote a series of works on culture, politics, radicalism, and revolution.

C. L. R.James is perhaps best known for his 1937 (1938)3 work, The Black Jacobins: Toussaint L'Ouverture and the San Domingo Revolution.  Based on the Haitian Revolution of 1791–1804, the work also examines the brutal conditions of slavery as well as the social and political status of the slave-owners, poor whites and free blacks.

He is also widely known for his 1963 book, Beyond a Boundary. Considered the best single book on cricket, the work not only describes the game in an historical and social context, but also goes on to describe the strong influence it had on his life and politics.

Sometime in the 1980s, C. L. R.James was awarded an Honorary Doctorate from South Bank Polytechnic, now the University of the South Bank, London, for his socio-political works, including those relating to race and sport.

In 1929, while still in Trinidad, C. L. R.James married his first wife, Juanita Young. However, they became estranged after he moved to England in 1932.

In 1956, he married Selma Weinstein née Deitch, a political co-worker. The marriage ended in a divorce in 1980.

C. L. R.James died of a chest infection, on 31 May 1989, in London. His mortal remains were brought back to Trinidad, where his funeral took place on 12 June and he was buried in Tunapuna.  A state memorial service was held for him at the National Stadium, Port of Spain, on 28 June.

See the events in life of C. L. R. James in Chronological Order 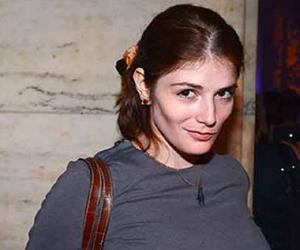 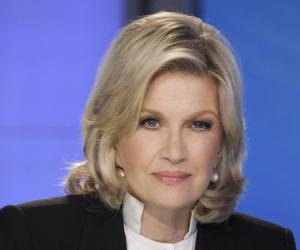 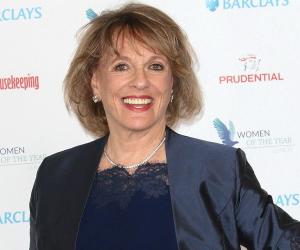 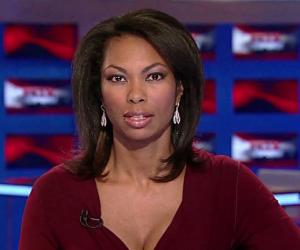