Ramachandra Guha is an Indian historian, academic, biographer, and author. He has written on various subjects such as environmental issues, cricket, history, and politics. Born into a Tamil family in Dehradun, Ramachandra was educated at the prestigious St. Stephens College and the Delhi School of Economics. His doctoral thesis written at IIM-C was later published as a book on environmental issues. Ramachandra has written columns for major Indian newspapers and has also taught at universities such as Yale and Stanford. Some of his notable books are India after Gandhi, A Corner of a Foreign Field, and his two-part biography on Mahatma Gandhi: Gandhi Before India and Gandhi: The Years That Changed the World. He has won many national and international awards, such as the Padma Bhushan, the Sahitya Akademi Award, and the American Historical Association’s Honorary Foreign Member prize. He now teaches at Krea University and lives in Bangalore with his wife and two children. Ramachandra Guha was born on April 29, 1958, into a Tamil family in Dehradun (now in Uttarakhand), Uttar Pradesh, India.

His father, Subramaniam Ramdas Guha, was an employee of the Forest Research Institute. His mother worked as a high-school teacher.

According to Tamil naming traditions, his name should have been “Subramaniam Ramachandra” (with his father’s name added to his name). However, the authorities at the Dehradun school where he enrolled, registered his name as “Ramachandra Guha” by mistake.

Ramachandra grew up on the Forest Research Institute campus in Dehradun. He attended the Cambrian Hall and The Doon School.

While at Doon, he wrote for the school newspaper, The Doon School Weekly. He also edited History Times with Amitav Ghosh, his schoolmate, who grew up to be a popular author.

Ramachandra graduated with a BA degree in economics from St. Stephen's College, University of Delhi, in 1977.

He also obtained a master's in economics from the Delhi School of Economics, University of Delhi. He then joined the fellowship program of the Indian Institute of Management (IIM) Calcutta and completed his doctoral (PhD) studies on the social history of forestry in Uttarakhand, with special emphasis on the Chipko movement. His thesis was published as The Unquiet Woods by the University of California Press in 1989.

Ramachandra Guha is now a noted historian and biographer. He also contributes to scores of academic journals. He has written for magazines such as Outlook and The Caravan.

Ramachandra Guha’s interests encompass cricket, politics, history, and the environment, and are reflected in his books.

He has written columns for leading Indian publications such as Hindustan Times, The Telegraph, and Amar Ujala (Hindi daily). He has also written a chapter of the 2002 book Gujarat: The Making of a Tragedy, titled The VHP Needs to Hear the Condemnation of the Hindu Middle Ground. The book revolved around the 2002 Gujarat riots in India.

One of his most notable books is A Corner of a Foreign Field: The Indian History of a British Sport (a social history of cricket, released by Picador in 2002). The book was part of The Guardian’s list of the 10 best books on cricket ever written.

His 2007 book India after Gandhi (published by Macmillan/Ecco Press) was honored as the book of the year by The Economist, The Wall Street Journal, and The Washington Post. The Hindu and The Times (London) declared it a book of the decade.

This book has been translated into various languages, including Hindi (published by Penguin in two parts, Bharat: Gandhi Ke Baad and Bharat: Nehru Ke Baad), Tamil, and Bengali.

In November 2012, he published a collection of essays, named Patriots and Partisans. Between 2011 and 2012, he was the “Philippe Roman Chair in History and International Affairs” at the London School of Economics and Political Science (LSE).

In October 2013, he wrote Gandhi Before India, the first of a two-part biography of Mahatma Gandhi. The book narrated Gandhi’s life from his childhood to his time in South Africa. It was published by Knopf and was listed as one of the most notable books of the year by the San Francisco Chronicle and The New York Times.

In September 2016, he published a collection of essays named Democrats and Dissenters. On January 30, 2017, the Supreme Court of India made him part of the Indian cricket control board BCCI's panel of administrators. However, he resigned from the position in July that year.

In 2018, he published the second volume of his two-part biographical work on Mahatma Gandhi, titled Gandhi: The Years That Changed the World. The book was listed as a noteworthy book of that year by both The Economist and The New York Times.

In November 2020, Ramachandra Guha released The Commonwealth of Cricket: A Lifelong Love Affair with the Most Subtle and Sophisticated Game Known to Humankind. The book tracked the transformation of cricket in India and was a mix of a critique, a memoir, and a report. He plans to publish a book of cricket stories in 2021.

Ramachandra Guha has also taught at Yale and Stanford. He once served as the “Arné Naess Chair” at the University of Oslo. He also served as the “Satish Dhawan Visiting Professor” at the Indian Institute of Science and now teaches at Krea University in Andhra Pradesh, India.

Ramachandra Guha has won countless awards and honors for his work. Some of them are the Daily Telegraph Cricket Society Book of the Year prize (for A Corner of a Foreign Field, 2002), the Leopold-Hidy Prize of the American Society of Environmental History (for his essay Prehistory of Community Forestry in India, 2001), the Ramnath Goenka Prize (for journalism), the Malcolm Adideshiah Award, and the Fukuoka Asian Culture Prize (for his contribution to Asian studies, 2015).

In 2003, he was awarded the R. K. Narayan Prize at the Chennai Book Fair. In May 2008, the American magazine Foreign Policy declared him one of the top 100 public intellectuals in the world.

He won the Padma Bhushan, India's third-highest civilian award, in 2009. He also won the Sahitya Akademi Award in 2011, for India after Gandhi.

In 2014, Yale University awarded him an honorary Doctor of Humanities.

The American Historical Association (AHA) awarded him their Honorary Foreign Member prize in 2019. He thus became the third Indian historian to be awarded by the association, after Romila Thapar and Jadunath Sarkar, who had achieved the feat in 2009 and 1952, respectively.

The couple has two children. In 2019, their son Keshava Guha turned into an author with the launch of the book Accidental Magic at the Bangalore Literature Festival. Ramachandra and his family now live in Bangalore, India.

See the events in life of Ramachandra Guha in Chronological Order 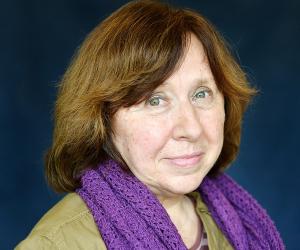