Six times Grammy Award winner and 20 times Grammy Award nominated singer, Justin Timberlake is one of the most popular and commercially successful singers across the world. He is one of the bestselling artists, whose albums have topped the charts and have sold millions of copies worldwide. He rose to fame as the youngest member and lead singer of the boy band ‘N Sync’, which is considered the third best-selling boy band in the music industry. He later went on to pursue a solo career and released the bestselling albums ‘Justified’, ‘FutureSex/Love Sounds’ and the recent album ‘The 20/20 Experience’. Widely regarded as the ‘prince of pop music’, Timberlake has established himself as one of the ‘A list’ celebrities in the entertainment industry. With an estimated net worth of $100 million, Timberlake is one of the wealthiest stars in the American music industry. He is also an up-coming actor who has appeared in films like ‘The Social Network, ‘Friends With Benefits’, ‘Alpha Dog’, ‘Black Snake Moan’ and ‘Richard Kelly's Southland Tales. To learn more interesting facts about his childhood, personal life and professional achievements, scroll down and continue to read this biography. American People
Pop Singers
Record Producers
Lyricists & Songwriters
Rhythm & Blues Singers
Childhood & Early Life
Justin Timberlake was born in Memphis, Tennessee, to Lynn Harless and Randall Timberlake and was raised as a Baptist.
At the age of 11, he played the role of the country music singer ‘Justin Randall’ on the TV show, ‘Star Search’.
From 1993 to 1994, he was a cast member of the Walt Disney TV show ‘The Mickey Mouse Club’
In 1995, he became a part of the American boy band ‘N Sync’ which was organised by manager, Lou Pearlman. 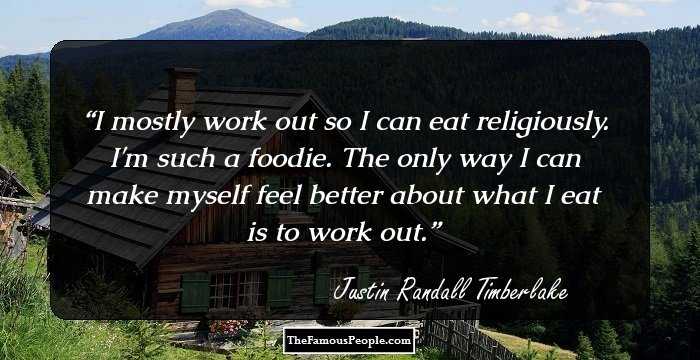 Continue Reading Below
Career
In 1996, ‘N Sync’ released their first single titled ‘I Want You Back’, which was a major hit that year and topped the charts.
In 1998, ‘N Sync’ came out with their debut album ‘*NSYNC’, the album featured the hit single ‘Tearin Up My Heart’.
In the year 2000, he made his debut as an actor with the ABC television movie ‘Model Behaviour’, directed by Maggie Lawson.
The rise of his stardom, lead to problems within the band ‘N Sync’, which eventually led to the break-up of the band.
In August 2002, he performed at the MTV Video Music Awards, where his debut solo single ‘Like I Love You’ was premiered.
In November 2002, his debut solo studio album ‘Justified’ was released. The album featured the hit singles, ‘Like I Love You’ and ‘Cry Me a River’.
In 2003, he went on the ‘Justified/Stripped Tour’ with Christina Aguilera and recorded the song ‘I'm Lovin' It’. The same year he was featured on Nelly’s song ‘Work It’.
In 2005, he played the role of journalist ‘Joshua Pollack’ in the American thriller ‘Edison Force’.
He was seen in films like ‘Alpha Dog’, ‘Black Snake Moan’, ‘Richard Kelly's Southland Tales’ and also appeared as young Elton John in the song ‘This Train Don't Stop There Anymore’.
Continue Reading Below
In 2006, he made a cameo appearance in the video for Nelly Furtado and Timberland’s single, ‘Promiscuous’.
On September 12, 2006, his second solo album titled ‘FutureSex/LoveSounds’ was released. The album featured the all-time hit songs ‘What Goes Around... Comes Around’ and ‘SexyBack’.
In 2007, he made an appearance in 50 Cents album, Cutis and he also co-wrote, produced and offered vocals for the songs ‘Nite Runner’ and ‘Falling Down’ for Duran Duran's album ‘Red Carpet Massacre’.
In 2010, he appeared as ‘Sean Parker’, the founder of ‘Napster’ in the David Fincher film ‘The Social Network’.
In 2011, he starred in the film ‘Friends with Benefits’ alongside Mila Kunis. The film was a major box office hit.
In 2013, his third studio album ‘The 20/20 Experience’ was released, the album was one of his best-selling albums. 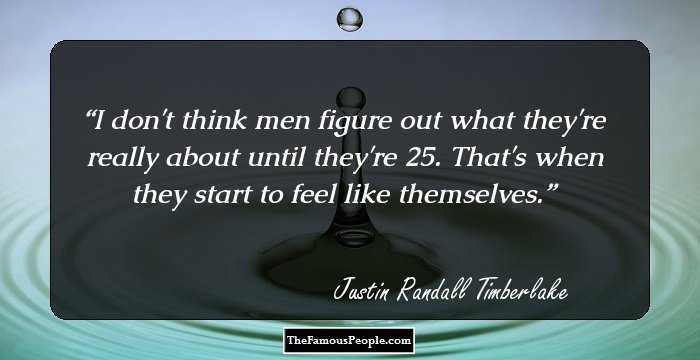 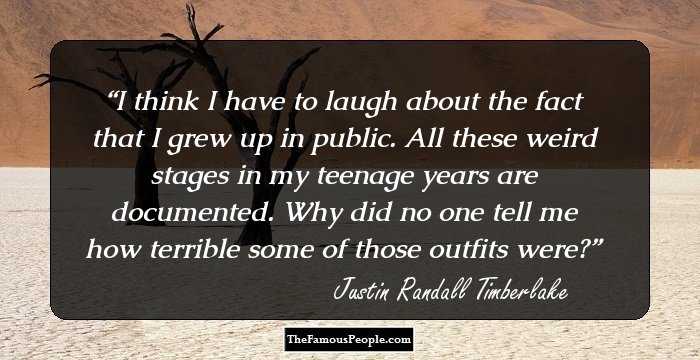 Quotes: Me, Think
Personal Life & Legacy
In 1999, he started dating Britney Spears and they were in a relationship until March 2002.
In 2003, he became romantically involved with actress Cameron Diaz and the couple broke-up in 2006.
In 2007, he started dating actress Jessica Biel and they got married in 2012. In 2008, he announced that he suffers from attention deficit hyperactivity disorder and obsessive–compulsive disorder.
Trivia
His song I'm Lovin' It’ was the inspiration behind the Mc Donald’s I'm Lovin' It’ campaign. He was paid an estimated royalty of $6 million for this.
In 2004, this famous singer tore off a part of Janet Jacksons black leather costume during the halftime of the ‘Super Bowl XXXVIII.
This Grammy Award winning singer once pushed a 15 year old girl against the wall and shouted at her because she said that he was not as cute as singer JC Chasez.