Kevin Federline is an American rapper, actor, television personality, professional wrestler and a DJ best known as the former husband of pop singer Britney Spears. Born and raised in California, Kevin aspired to become a performing artist ever since he was in his teen years. He dropped out of high school and joined a dance group, eventually making it as a backup dancer for artists such as Michael Jackson and Justin Timberlake. He met Britney Spears in 2004 and in the same year, they got married, and had two children. Since he had married one of the most popular rising superstars, his ‘popularity’ soared. Along with appearances in several television reality shows, he also had the opportunity to work on his musical endeavours. He initially released a few singles that received bad reviews. In 2006, he finally released his debut album titled ‘Playing with Fire’, which was met with critical failure. In order to promote the album, Kevin embarked on tours that failed too. However, his appearance on WWE Raw gained some notice. Following his divorce with Britney in 2007, he appeared in a few television series’ such as ‘One Tree Hill’ and ‘Celebrity Fit Club’. He currently works as a DJ. Nick Cannon
21st March In History
DID WE MISS SOMEONE?
CLICK HERE AND TELL US
WE'LL MAKE SURE
THEY'RE HERE A.S.A.P
Quick Facts

Kevin Federline was born Kevin Earl Federline, on March 21, 1978, in Fresno, California, to Mike and Julie, into a middle class family. His father worked as a car mechanic while his mother was a bank teller. He grew up with two brothers named Chris and Kurtis.

Kevin’s parents split up when he was eight years old and their mother won the kids’ custody. The children moved to Nevada with their mother and lived there for three years. However, Kevin and his brother Chris decided to move in with their father in 1989, from where Kevin resumed his education, enrolling into a local school.

By the time he was a teenager, he knew that academia was not his forte. He was consistently scoring poor grades and was becoming more interested in performing arts, such as dancing and singing, with dancing being his main interest. He dropped out of high school in the ninth grade to follow his dream of becoming a performer. He never graduated high school, but he did eventually earn a General Educational Development Certificate.

He joined a dancing group called Dance Empowerment, which was a non-profit group. He learned the basics of dancing and eventually began working as a backup dancer. However, while he was struggling, he also did some pizza delivery gigs to make the ends meet. 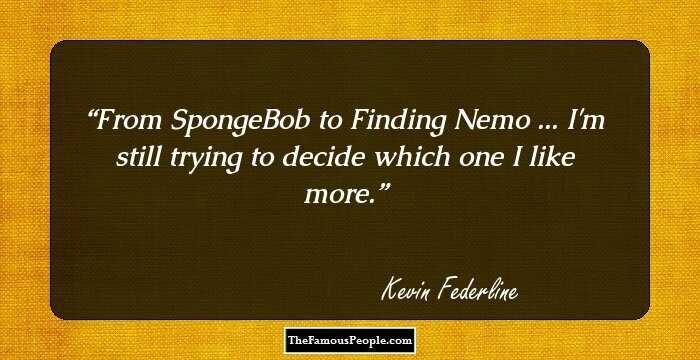 Towards the late 1990s, he was dancing on stage as a back-up dancer to artists such as Michael Jackson, Justin Timberlake and LFO. He made his television debut in 2001, appearing on ‘The Drew Carey Show’ as a backup dancer. In the same year, he further appeared in a slightly bigger role in the series titled ‘Nikki’. He further appeared as a dancer on shows such as ‘Will & Grace’. 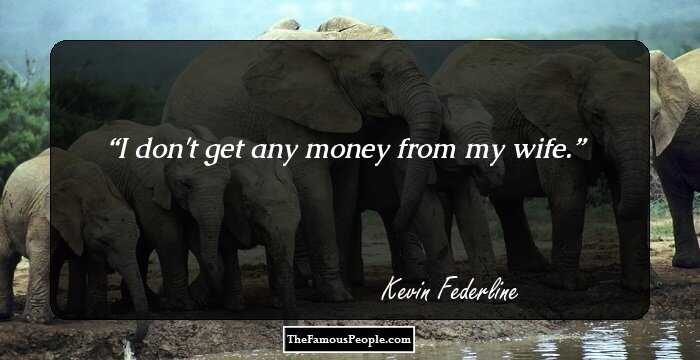 In 2004, Kevin Federline met Britney Spears at a club �in Hollywood. The couple got attracted to each other and began dating. At that time, Kevin was engaged to actress/musician Shar Jackson and was father to a child with her, with a second child on the way. He broke off his engagement with Shar, and began dating Britney.

By July 2004, they had become engaged and in three months, they got married in Studio City, California. However, the marriage grabbed a lot of media attention owing to the fame disparity between the two and the hurriedness in which they got married. Britney was a highly popular pop-star then and every aspect of her life was being highly covered.

The fact that Kevin had left his pregnant fiancé to marry Britney also became a point over which both Kevin and Britney received intense criticism. It was also said that Kevin only married her for fame and to kick-start his career that was going nowhere. Kevin was also mocked for his lack of talent and success and several parodies cropped up on television shows such as ‘Saturday Night Live’, ‘Family Guy’ and ‘The Soup’.

However, this constant media attention also led Kevin to become a household name in the country and to cash in on the controversies, they were approached by several reality show producers. In 2005, Kevin and Britney appeared on the reality show titled ‘Britney and Kevin: Chaotic’. The five episode show was aired in May and June 2005 and in the show, the couple talked about their courtship from how they met to how the marriage took place.

The show however received highly negative reviews and it was also deemed as a career suicide move by Britney. In the same year, the couple appeared together on another reality show titled ‘The Fabulous Life Of’ in the episode titled ‘Britney Spears & Kevin Federline’.

Kevin also began working on his musical career shortly after the marriage. Britney had a well-established home studio for her music recordings and Kevin began working on his first song titled ‘Y’all Ain’t Ready’ there. The song was leaked on the internet in late 2005 and was heavily criticized. Kevin’s writing was trashed along with the music production by Disco D.

In 2006, he released another song titled ‘PopoZao’, which was yet another major debacle. However, despite the song receiving abysmal reviews, it became a cultural phenomenon as song’s video showing Kevin grooving inside his studio was further mocked. Other songs intended for the album was titled ‘Privilege’ and not even a single song was well received.

In the mid-2000s, Kevin also focused on his acting career. He was receiving acting gigs where he got the full opportunity to milk his image as ‘America’s most hated’. In a 2006 episode of ‘CSI: Crime Scene Investigation’, he appeared playing the main villain.

He adopted the rap name K-Fed and announced the release of his debut album titled ‘Playing with Fire’ in 2006. The songs that were leaked earlier did not make a place into the final album. The first official single from the album titled ‘Lose Control’ was released during the Teen Choice Awards 2006.

The album ‘Playing with Fire’ was released in October 2006 with Britney Spears as the executive producer. She had also composed two tracks for the album, which eventually did not make into the final line-up of songs. The album received some very bad reviews and is currently the lowest rated album on Metacritic.

Soon after the release of the album, Kevin embarked on a promotional tour which also turned out to be a big failure. He performed at the Webster Hall in New York City, the stadium having a capacity of 1500 people, out of which, only 300 people showed up. The tickets for the other venues were mostly given for free, and even then, the occupancies at the stadiums remained extremely low. Due to the poor response, the remaining shows were cancelled.

He also entered WWE arena to promote his album. In the October 16 edition of WWE Raw, he was seen picking a beef with John Cena. The beef became quite popular and was one other way to cash in on his ‘hated’ image. John was arguably the most loved WWE super star and Kevin interfered in a few of his fights, causing him to lose. His attitude backstage was also considered good and it was rumoured that WWE might offer him a regular spot on Raw.

In 2008, he appeared playing a supporting role in ‘The Onion Movie’ and later made extended appearances in television series’ such as ‘One Tree Hill’ and ‘Celebrity Fit Club’.

Further in 2012, he was seen making a regular appearance in the show titled ‘Excess Baggage’. Since then, as him and Britney divorced, he has stayed away from the limelight. Currently, he works as a DJ.

In the early 2000s, Kevin Federline began dating actress and singer Shar Jackson and got engaged to her. He had two children with her.

He broke off his engagement with Shar after marrying Britney in 2004 and had two children with Britney as well. The couple divorced in 2007 and after a legal battle, Kevin won the custody of children.

He began dating a former volleyball player Victoria Prince in 2008 and the couple got married in 2013. They had two children together. 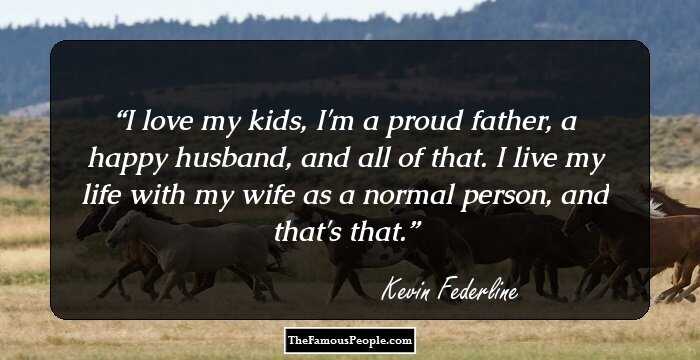 Quotes By Kevin Federline | Quote Of The Day | Top 100 Quotes

See the events in life of Kevin Federline in Chronological Order