Advanced Search
Brady Haran is a former BBC journalist from Australia best known for his educational videos made for BBC News and subsequently for his own YouTube channels, after he became an independent filmmaker. Starting with his pet project on science stories, called ‘Test Tube’, he now has a number of YouTube channels and blog websites under his belt, for which he often collaborates with scientists and renowned academics. In September 2007, he started the series 'Periodic Videos', one of his most popular projects, which is presented by professors from the University of Nottingham and features videos on chemical elements and the periodic table. Among his other projects, 'Sixty Symbols' focuses on symbols of physics and astronomy; 'Numberphile' is about mathematical numbers; 'Objectivity', which he himself hosts, talks about "cool objects". Since 2014, he is co-hosting the podcast show 'Hello Internet' with another educational content creator CGP Grey. The podcast became very successful and topped the iTunes podcast chart in the United Kingdom, United States, Germany, Canada, and Australia. It was featured on Apple's list of best new podcasts of 2014 and was named among 50 best podcasts of 2016 by 'The Guardian'. Australian People
Australian Men
Male Journalists
Australian Journalists
Male Media Personalities
The Meteoric Rise to Stardom
Brady Haran, whose father became a newspaper journalist after retiring from the Vietnam War, was interested in pursuing a journalistic career since he was young. He took a one-year course on journalism while studying at university. In January 1995, he bagged the job of a newspaper journalist for 'The Adelaide Advertiser'. He moved to Nottingham, UK, in August 2002, to work as a reporter for BBC. Within a couple years, he became a part of BBC's iCan campaign, which allowed common people to visit its website and use it as a tool for their own campaigns no matter how big or small their issues were. Brady hoped to find from these people stories worthy of publishing on BBC TV, radio or online. During his stay with BBC, he reported for 'East Midlands Today', 'BBC News Online' and various BBC radio stations. Impressed by his work, BBC trained him as a video journalist so that he can make films for TV. While this fuelled his interest in filmmaking, he always wanted to report science stories. He decided to follow his passion for such stories in a side project called ‘Test Tube’ and met British chemist Sir Martyn Poliakoff while working on this project. The two immediately established a good rapport that will continue throughout the next decade. Brady, who thought long documentaries are not the right medium for his films, decided to upload short videos of his raw footage on YouTube. In March 2009, he left BBC to pursue YouTube fulltime and became the person behind about a dozen educational YouTube channels including 'Numberphile', 'Periodic Videos', 'Sixty Symbols', 'Computerphile', 'BradyStuff', and many more.
Recommended Lists:

Australian Media Personalities
Australian Film & Theater Personalities
Gemini Men
Continue Reading Below
What Makes Brady Special
Brady Haran, who describes himself as a science nerd, states that he feels the need to share with others the amazing things he learns. Through his videos, he tries to capture how science works through the eyes of the scientists. While he covers scientific discoveries as they happen, he also emphasizes the fact that he is only involved in the filmmaking process as an outsider, which allows him to look at issues from the viewpoint of common people who are not part of the scientific community. His 'Hello Internet' podcast presents in-depth debates about serious topics in an entertaining way so that it is accessible to everyone. Professor Martyn Poliakoff, who acts as the presenter for the majority of 'Periodic Videos', keeps the audience engaged with his "mad scientist" hair and crazy experiments. Brady also updates his content regularly. For example, the video on xenon from his hit series 'Periodic Videos', which dates back to 2008, was re-uploaded to honor scientist Neil Bartlett, who created the first noble gas compounds.
Behind The Curtains
Brady John Haran was born on June 18, 1976, in Adelaide, Australia. His father Peter Haran was a member of the 2nd Royal Australian Regiment of the Australian Army and served as a handler for the tracker dog Caesar during the Vietnam War. Brady has a sister named Kalea who is a teacher and currently lives in Singapore. He is married to ITV newsreader Kylie Pentelow.
His father later became an author, publishing a number of books recounting his experience during the war. Brady, who wanted to go beyond the stories and experience "the smells, the geography, the sounds", visited Vietnam with his father after he grew up. He would later create a series of short videos on his YouTube channel 'BradyStuff' to share the experience with his fans. His father told some of the stories himself, while Brady provided further information on related subjects via separate short "extra" videos accompanying the original stories. 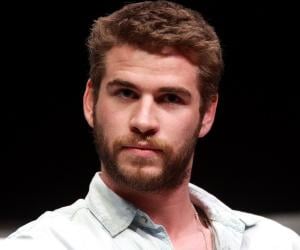 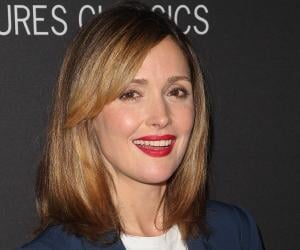