Bjarni Tryggvason was a former Canadian Space Agency (CSA) astronaut who served as a Payload Specialist on Space Shuttle mission STS-85, a mission to study changes in the Earth’s atmosphere. He had over 4,000 hours of flight experience and was a part of several major space missions undertaken by the CSA and the National Research Council (NRC). He was one of Canada's original six astronauts and was trained as a backup payload specialist for the CANEX-2 set of experiments. He also served as the project engineer for the Space Vision System Target Spacecraft on Mission STS-52. Born in Iceland, he grew up in Vancouver and began his career as a meteorologist with the cloud physics group at the Atmospheric Environment Service in Toronto. His association with the NRC began when he joined the Low Speed Aerodynamics Laboratory in Ottawa. While researching on the sinking of the Ocean Ranger oil rig, he designed and led the aerodynamics tests as a part of the NRC team investigating this case. Following this he was selected as one of the six Canadian astronauts. Before embarking on a career as an astronaut he used to teach graduate courses on structural dynamics and random vibrations as a part-time lecturer. After his retirement, he returned to teaching. Bjarni Tryggvason was born on September 21, 1945, in Reykjavík, Iceland. He received his primary education from schools in Nova Scotia and British Columbia.

He attended high school in Richmond, British Columbia and enrolled at the University of British Columbia for his higher studies. He received his Bachelor of Applied Science in Engineering Physics in 1972.

He later completed a postgraduate work in engineering with specialization in applied mathematics and fluid dynamics at the University of Western Ontario.

In 1972, Bjarni Tryggvason was appointed as a meteorologist with the cloud physics group at the Atmospheric Environment Service in Toronto where he worked till 1973.

He joined the University of Western Ontario as a research associate at the Boundary Layer Wind Tunnel Laboratory in 1974. There he worked on projects involving rigid and aero-elastic model studies of wind effects on structures.

During this time Tryggvason also started teaching as a guest research associate, first at Kyoto University, Japan, in 1978, followed by James Cook University in Townsville, Australia.

He returned to the University of Western Ontario as a lecturer in applied mathematics in 1979, and held this position till 1982. After leaving this teaching position, he accepted an offer to join the Low Speed Aerodynamics Laboratory at the National Research Council (NRC) as a Research Officer.

In 1981, he started teaching graduate courses on structural dynamics and random vibrations as a part-time lecturer at the University of Ottawa and Carleton University.

In February 1982, the Ocean Ranger oil rig sank. He was part of the NRC team which investigated the tragedy. Tryggvason designed and led the aerodynamics tests, which established the wind loads acting on the rig.

Bjarni Tryggvason was selected as one of the original six Canadian astronauts in December 1983, and trained as a backup payload specialist to Steve MacLean for the CANEX-2 set of experiments, which flew on Mission STS-52 from October 22 to November 1, 1992.

He served as the Project Engineer for the design of the Space Vision System (SVS) Target Spacecraft which was deployed during that mission.

Bjarni also served as the principal investigator for several projects, including the development of the Large Motion Isolation Mount (LMIM) which flew numerous times on NASA KC-135 and DC-9 aircraft; the Microgravity vibration Isolation Mount (MIM) which operated on the Russian space station, Mir, from April 1996, until January 1998, to support several Canadian and US experiments in material science and fluid physics; and of the MIM-2 which flew on STS-85 in August 1997.

As the originator and technical director, he played a key role in the early development phase of the Microgravity Vibration Isolation Subsystem (MVIS) which was developed for the European Space Agency Fluid Science Laboratory by the Canadian Space Agency (CSA).

He flew as a payload specialist aboard Space Shuttle Discovery on Mission STS-85 in August 1997. He tested MIM-2 and performed fluid dynamics experiments designed to examine sensitivity to spacecraft vibrations on the 12-day mission to study changes in the Earth’s atmosphere.
He participated in a NASA mission specialist training held at the Johnson Space Center in Houston, Texas, to train astronauts as both mission specialists for the space shuttle and as potential crewmembers for the ISS.

Bjarni Tryggvason was part of the NRC team assembled to study the sinking of the Ocean Ranger oil rig. He designed and led the aerodynamics tests, which established the wind loads acting on the rig.

In 1997, he served as a Payload Specialist on STS-85, a 12-day mission to study changes in the Earth’s atmosphere.
Awards & Achievements

He was the proud recipient of three Canadian Space Agency Innovators Awards.

Bjarni Tryggvason was married to Lilyanna Zmijak, but the couple later parted ways. He is survived by two children, a son, Michael Kristjan, and a daughter, Lauren Stephanie Chironne.

See the events in life of Bjarni Tryggvason in Chronological Order 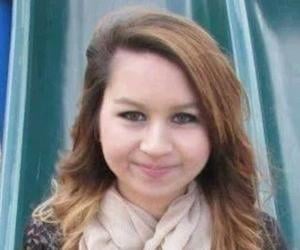 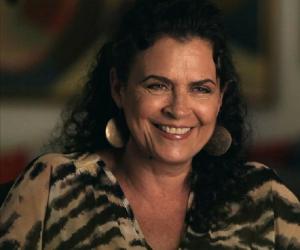