DID WE MISS SOMEONE?
CLICK HERE AND TELL US
WE'LL MAKE SURE
THEY'RE HERE A.S.A.P
Popularity Index
73
Quick Facts 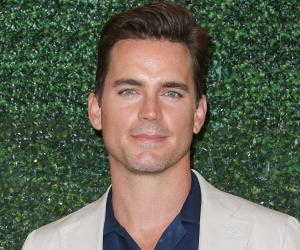 Who is Simon Halls?

Simon Halls is a popular American publicist, best known as the husband of actor Matt Bomer, whom he married in 2011. Simon has been active in the film industry for decades now and has received special mentions in films, such as ‘Hostel II’ and ‘Hollidaysburg’. His career as a publicist helped him to start his very own firm by the name ‘Huvane Baum Halls’. He served as the co-CEO of the company, before approving a merger with ‘PMK’ in 2001. Though Simon is one of the most powerful publicists in America, he is mostly known because of the controversial relationship that he had with actor Matt Bomer. Simon and Matt got married in 2011 and have three kids including the twins, Walker and Henry. Simon hails from Toronto, Canada but finished his higher education from a University in South California. He happens to be the publicist of many major celebrities in Hollywood. In fact, he met Matt when he was hired as his publicist Canadian Men
Capricorn Men
Childhood & Early Life
Simon Halls was born on 12 January, 1964 in Toronto, Canada. During his school days, he dated a few girls before realizing the truth about his sexuality. When he finally embraced the truth, he felt relieved and says that it was the best decision that he ever made.
He moved to the USA after graduating from the high school. He then enrolled himself at a University in South California. Simultaneously, he kept strengthening his contacts in the industry in order to embark on a career in PR. He even served as an assistant in many PR firms where he learned the tricks of the trade.
You May Like

Who Is The Most Popular BTS Member?
Continue Reading Below
Career
Simon Halls started his Public Relations career by working under Warner Bros, one of the major Hollywood studios. This provided him with enough contacts and experience to start his own PR firm, something that he always wanted to do. But instead of continuing his career in the US, he moved to Russia in order to serve as the PR manager of Russia’s first McDonald’s.
He returned to the United States after working in Russia for two straight years. When he came back, he had gained enough experience and money.
Upon returning to the States in the early 90s, he started working for ‘BWR Public Relations’, a well-known firm that represented stars like Jude Law and Sarah Jessica Parker among many others. Simon made a name for himself in the company and soon became the star PR manager of the entire firm.
By now, he knew that it was the right time to fulfil his lifelong dream of starting his own firm. So he laid the foundation for ‘Huvane Baum Halls’ in the mid-90s, which was started in partnership with two others.
This led to a magnificent surge in his income. After running the company successfully for six straight years, he accepted the lucrative offer of ‘PMK’ in 2001 and sold the company to them. He then started to work independently for some time.
By now, he had managed to make some friends in Hollywood and Matt Bomer had become one of his clients. He once again started his own PR firm in 2010. Over a period of time, ‘Slate PR’, his new firm had managed to crack deals with clients like Neil Patrick Harris, Bryan Singer, Ridley Scott, Ang Lee and Ryan Murphy.
He then became the star PR manager of Hollywood. Though he doesn’t prefer to hog the limelight, he had no other option but to be known as his name was seen during the end credits of popular films like ‘Hostel II’. His successful streak also earned him a place in the ‘Out’ magazine’s Power List for the year 2012.
‘Business Insider’, a famous magazine, has frequently named Simon as the best Hollywood publicist, which is a testimony to the fact that he is one of the most influential people in the American entertainment industry.
Family & Personal Life
Simon Halls is gay and had a long-term relationship with actor Matt Bomer. He avoids talking about his private life and has said in interviews that he has been secretive all his life. His relationship with Matt Bomer was also kept in the dark for many years. In 2014, the couple made an official announcement pertaining to their relationship and said that they got married in 2011.
Simon and Matt have been leading a happy life along with their children - Walker, Henry. The family lives in California.
The couple took the ALS Ice Bucket Challenge together and the video went viral on various social media platforms. They later said that challenges like these are a great way to express their affection towards each other.
You May Like