Banjo Paterson’s was a native Australian whose life work continues to serve as a tribute to Australia. During his life he had many roles, but each was used to better the lives of his fellow countrymen and strangers around the world. Throughout his life he served as a solicitor, journalist, war correspondent and soldier, but what he is most known for is his poetry. Paterson’s early life greatly impacted him as a person and as a writer. He lived a simple life in the Australian bush, but he still experienced a great deal of culture. His family owned horses that he learned to ride and care for, and his love for poetry and literature was encouraged by his well-read grandmother. Even though he spent a great deal of his life in Sydney, he was greatly affected by his love for life in the bush. Many of his verses romanticized the portrayal of the bushman. The mixture of simplicity and high-society in his upbringing helped spark his creative endeavors and bring about some of the most beloved Australian works. He was a true humanitarian in every sense of the word, both in his writing and his war efforts; he selflessly gave back to the world around him. Today his legacy and devotion to the Australian bushman lives on through his writings Henry Lawson
Poets #254
Journalists #464
Writers #1750
DID WE MISS SOMEONE?
CLICK HERE AND TELL US
WE'LL MAKE SURE
THEY'RE HERE A.S.A.P
Quick Facts

Australian Celebrities
Australian Men
Male Poets
Male Writers
Aquarius Poets
Childhood & Early Life
He was born as Andrew Barton Paterson on February 17, 1864 at Narrambla, which is located near Orange city, New South Wales.
He was born to Andrew Bogle Paterson and Rose Isabella Barton and was the oldest of seven children. His father was a Scottish immigrant, and his mother was a native Australian, related to the Prime Minister of Australia, Edmund Barton.
His father also wrote poetry that was published in ‘The Bulletin’, where Banjo Paterson would later be published.
His early education consisted of tutoring by his governess and a simplistic bush school. His boyhood growing up in the bush later became a major theme of his poetry.
In 1874, at the age of ten, he attended ‘Sydney Grammar School’. During the school years, he lived with his grandmother, Emily May Barton, who was very well-educated and nurtured his love of poetry.
Continue Reading Below
You May Like

The Most Popular US Veterans
Career
Banjo Paterson’s poetic career began while he was in law school. His first poem, ‘El Mahdi to the Australian Troops’ was published in ‘The Bulletin’--an Australian literary journal--in February 1885.
On August 28, 1886, he began his occupation as a solicitor. For the next ten years he practiced with his partner, John William Street.
His strong, Australian nationalism was expressed when he covered the Boer War for the ‘Sydney Morning Herald’ in 1899. His graphic and detailed account of the battles that ensued quickly drew attention.
He used his horsing expertise to assist the Australian and British forces throughout the war as an honorary veterinarian.
In 1901, Paterson visited China and England to further his journalism career for the ‘Sydney Morning Herald’. The following year, he published his second collection of poetry, ‘Rio Grande's Last Race and Other Verses’, which detailed his war experience.
In 1903, his diligent work paid off, and he was selected the editor of the ‘Sydney Evening News’.
During World War I, Paterson continued to serve his country as both an ambulance driver for the ‘Australian Voluntary Hospital’ and an officer in the ‘Australian Imperial Force’.
In 1921, ‘The Collected Verse of A.B. Paterson’—a combination of his three collections of verse—was published.
After the war, he continued his journalism career from 1921-1930 as the editor for the ‘Sydney Sportsman’.
Continue Reading Below
After his retirement from journalism in 1930, he focused his attention on more leisurely and creative writing endeavors.
Major Works
In October 1895, Angus and Robertson published ‘The Man from Snowy River’ and other verses, a collection of Paterson’s verses that mainly served to celebrate the bushman. The first edition sold out in the first week, and more than 13,000 copies were sold during the first year, making Paterson an overnight success.
In 1895, he composed his most famous ballad, ‘Waltzing Matilda’ which is believed to be his best characterization of the bushman—known as the unofficial national anthem of Australia. The title refers to a bushman who is traveling on foot, with all of his earthly possessions slung over his shoulder. The ballad is celebrated on April 6th each year, ‘Waltzing Matilda Day’, and has a museum dedicated to the myths behind its creation.
Awards & Achievements
Paterson quickly moved up in rank in the army; in 1916 he was promoted to Major, as he commanded the Australian Remount Squadron.
In 1939, he was awarded the Commander of the Order of the British Empire (C.B.E.) in the Queen’s New Year’s Honours List for his contributions to literature.
Paterson’s image is memorialized on the ten dollar note, and it is accompanied by an illustration and text from the poem, ‘The Man from Snowy River’.
The A.B. Paterson College in Australia is named in his honor.
Personal Life & Legacy
Banjo Paterson was married to Alice Emily Walker on April 8, 1903. A year later, she gave birth to a little girl, Grace. Just two short years after that, Paterson’s legacy was continued through the birth of his son, Hugh.
He died of a heart attack on February 5, 1941 in Sydney, however, his memory lives on through his many written works and selfless acts.
Trivia
His pen name, Banjo, was the name of his favorite racehorse that his family owned
Recommended Lists:
Media Personalities #1330
You May Like

See the events in life of Banjo Paterson in Chronological Order 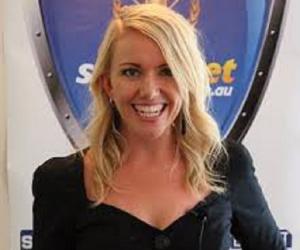