Augustus Pitt Rivers was an English army officer and archaeologist, often called the “father of British archaeology”. He played a major role in the progress of archaeology and ethnology and is credited to have introduced several innovations in archeological methodology. He also brought about notable changes in the manner of displaying archaeological and ethnological collections. Born in a wealthy family in Yorkshire, he chose to pursue a career in the army when he grew up. He enrolled in the Royal Military College at Sandhurst but stayed there only for a very short time. He was commissioned into the Grenadier Guards as an ensign and this marked the beginning of his long and successful career as a military man. Over the course of his military career he developed an interest in ethnology and archaeology during his overseas postings. He was deeply influenced by the evolutionary writings of Charles Darwin and Herbert Spencer, and went on to develop the idea of typology, i.e. the classification of artefacts in a chronological sequence. As luck would have it, he inherited vast estates which contained many archaeological sites and following his retirement from the army, he embarked on a series of excavations of prehistoric, Roman, and Saxon sites on the estates. He was very meticulous in his work and is considered to be the first scientific archaeologist to work in Britain 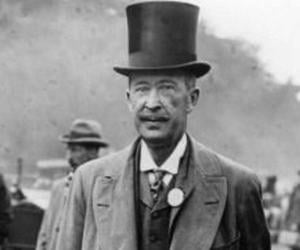 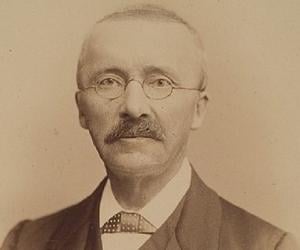 British People
British Men
British Archaeologists
British Intellectuals & Academics
Aries Men
Childhood & Early Life
He was born as Augustus Henry Lane-Fox on 14 April 1827, in Yorkshire, as the son of William Lane-Fox and Lady Caroline Douglas. His uncles George Douglas, 17th Earl of Morton, George Lane-Fox and Sackville Lane-Fox were prominent personalities. He hailed from an upper-class family.
The details regarding his early education are not clear though it is believed that he was educated by private tutors at home and was taught subjects that included Latin and Greek.
He then enrolled at the Royal military College at Sandhurst though he spent less than a year at the college.
Continue Reading Below
You May Like

The Best Black Actresses Of All Time
Career
Augustus Pitt Rivers was commissioned into the Grenadier Guards on 16 May 1845 as an ensign. This marked the beginning of what would be a 32-year long military career.
Over the course of his army career he bought most of his ranks. In 1850 he bought a promotion to Captain and was promoted to the brevet rank of lieutenant-colonel of the army "for distinguished Service in the Field" during the Crimean War.
In 1851, he became a member of the committee that was involved in the testing of rifled weapons. He was assigned the responsibility of instructing the 2nd Battalion of the Grenadier Guards in the use of the new Minié rifle in 1852 and was sent to France, Belgium and Piedmont (Italy) to study their methods of musketry instruction.
In 1853, Lane-Fox played a pivotal role in the establishment of the new School of Musketry at Hythe in Kent and became its principle instructor, revising its ‘Instruction of Musketry Manuel’.
In 1857, he bought the rank of lieutenant-colonel in the Grenadier Guards, and in 1867, he was promoted as colonel.
He retired from his army career in 1882 and was accorded the honorary rank of Lt General.
He became inclined towards archaeology and ethnology in the 1850s while he was posted overseas. He became a noted scientist and was elected to the Ethnological Society of London (1861), the Society of Antiquaries of London (1864) and the Anthropological Society of London (1865).
In 1880, Lane-Fox inherited an estate of more than 32000 acres in Cranborne Chase from his cousin, Horace Pitt-Rivers, and was required to adopt the surname Pitt Rivers as part of the bequest. Even though he had developed an interest in archeology while he was still serving in the army, this inheritance gave him the opportunity to explore his passion further as the estates were a treasure-house of archaeological material from the Roman and Saxon periods.
Over the following years, he embarked on a series of excavations and became famous for his meticulous approach to the collection and display of archaeological material. He insisted that all artefacts, not just beautiful or unique ones, should be collected and catalogued. Because of his methodical approach to excavations and archaeology, he is credited to have been the first scientific archaeologist to work in Britain.
Pitt Rivers became Britain’s first Inspector of Ancient Monuments after the passing of Sir John Lubbock's 1882 Ancient Monuments Act. He was assigned the responsibility of cataloguing archaeological sites and protecting them from destruction. Even though he was very dedicated towards his profession, his work was hampered by the limitations of law.
He was made the High Sheriff of Dorset in 1884.
Personal Life & Legacy
In February 1853, Pitt Rivers married Alice Stanley, daughter of the politician Edward Stanley, and women's education campaigner Henrietta Stanley. Alice’s parents were initially opposed to the match though they eventually relented. The couple had nine children who survived to adulthood and they remained married for 47 years until Pitt Rivers died in 1900.
Pitt Rivers died on 4 May 1900, aged 73, in Rushmore Estate, Wiltshire. He had always been an advocate for cremation even at a time when such a practice was illegal in England. His body was cremated after his death according to his wishes.
You May Like 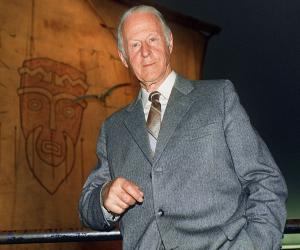