Advanced Search
Arthur Kornberg was an American biochemist, born in New York City in early twentieth century. His parents, who came to the USA at the turn of the century from Austrian Galicia, were not-so-well-off traders. Kornberg began his education at a public school and funded his college education with the help of scholarships. His initial aim was to become a doctor, but while studying for his medical degree, he began to take interest in research and started a survey to see if jaundice was common among medical students. The paper, which was published a year after he earned his MD, caught the attention of the Director of National Institutes of Health. On his invitation, Kornberg joined NIH and served there for eleven years; in-between he took breaks to update his knowledge on enzymes. Later he began his teaching career as a professor at Washington University, but continued with his research. Here he was able to isolate DNA polymerizing enzyme, which earned him Nobel Prize three years later. Later he shifted to the University of Stanford and remained there for rest of his life. He was also socially very aware and lent his name to relevant movements. Paul Berg
DID WE MISS SOMEONE?
CLICK HERE AND TELL US
WE'LL MAKE SURE
THEY'RE HERE A.S.A.P
Quick Facts

See the events in life of Arthur Kornberg in Chronological Order 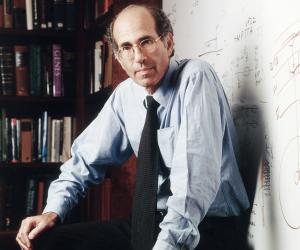