Andrew Goodman was an American civil rights activist, murdered at a young age by members of the Ku Klux Klan. He was a bright young student with an inherent goodness and a strong sense of commitment towards social activism. His parents were devoted supporters of social justice and equality which also influenced him to become involved in social and political activism at an early age. Being an activist, he volunteered to take part in the Freedom Summer campaign to register blacks to vote in Mississippi, where he met fellow social activists, Michael Schwerner and James Chaney. After being chosen to investigate the case of a fire attack on a Mississippi church, the three men traveled to Mississippi together where they were later killed by members of the Ku Klux Klan, the organization which was also responsible for burning the church. After the FBI was able to uncover the true story behind trio’s disappearance, some criminals were convicted but only with the charge of civil rights violation. Decades later, under the constant pressure of media and with new evidence coming to light, the mastermind behind their killings was sentenced for imprisonment. Although Andrew had a short life span, he was able to create a very unique and special place in the hearts of people around the world. He was a selfless person and his unconditional sacrifice continues to serve as an inspiration to generations of social and political activists. Pauley Perrette
Civil Rights Activists #76
Activists #574
DID WE MISS SOMEONE?
CLICK HERE AND TELL US
WE'LL MAKE SURE
THEY'RE HERE A.S.A.P
Quick Facts

American Celebrities
Male Activists
American Activists
American Civil Rights Activists
Sagittarius Men
Childhood & Early Life
He was born on November 23, 1943, in New York City, to Robert Goodman and Carolyn Goodman. He was the middle of three sons, other two being Jonathan and David.
His family, as well as the community in which he was raised, were devoted to intellectual and socially progressive activism.
He received his early education from the progressive Walden School. In 1958, as a high school student at Walden, he participated in the ‘Youth March for Integrated Schools’, held in Washington D.C.
Afterwards, he enrolled at the Honors Program at the University of Wisconsin–Madison, but soon withdrew after contracting pneumonia.
Then he attended the Queens College, New York City where he initially planned to pursue dramatics as his subject. Later, he was drawn towards anthropology and switched to it.
In 1963, he joined the march on Washington and also protested at the 1964 World's Fair as a Queen’s College student.
Continue Reading Below
You May Like

Famous Beautiful Women With Green Eyes
Later Life
In the summer of 1964, he volunteered for a special program to help African Americans in Mississippi. He was selected for the program and journeyed to Ohio for his training.
In Ohio, he met other fellow activists, Mickey Schwerner and James Chaney. Along with them, he started his work on the ‘Freedom Summer’ project whose main objective was to register African Americans to vote in Mississippi. Along with the initiative of helping the black population to vote, the campaign also focused on providing them some educational opportunities.
Schwerner and Chaney, who worked for Congress for Racial Equality (CORE) committee, were told to investigate an attack on Mount Zion Methodist Church, a black Mississippi church that had been recently burned by the Ku Klux Klan. He volunteered to join them in the investigation and the three of them traveled to Mississippi.
On June 21, 1964, when they were on their way to the CORE office in Meridian, the three men were arrested for over speeding by the Deputy Sheriff Cecil Price (a Klan member). The trio was released later that night from the Neshoba Jail.
As per the FBI investigations, it was stated that Price followed the trio after releasing them and re-arrested them before they were able to cross the border into Lauderdale County. Price then drove them to a deserted area on Rock Cut Road and handed them over to other Klan members. Klansmen then murdered the trio and dumped their bodies in an earthen dam.
The disappearance of the trio made headlines and eventually President Lyndon Johnson handed over the case to FBI. FBI agents found the trio’s burned vehicle and their fatally shot bodies in the earthen dam. Eighteen men were charged for their roles in the case, but only seven men were ever convicted, that too for civil rights violations, not murders.
With confession from a James Jordon, a Klan member involved in the killings, the seven convicts were sentenced to prison terms ranging from three to ten years. Price was also one of the convicts with a six years imprisonment.
Later Jerry Mitchell, an award winning journalist, found new witnesses and pressured the State to take action which led to the first murder prosecution in this case. In 2005, Edgar Ray Killen, the mastermind behind this manslaughter was found guilty and sentenced to 60 years in prison for these killings. Killen is currently serving his punishment.
Awards & Achievements
In 2014, Goodman, Chaney and Schwerner were selected by President Barack Obama to be the posthumous recipients of the Presidential Medal of Freedom.
Personal Life & Legacy
In 2002, a 2,176-foot peak in the Adirondack Mountains town of Tupper Lake, New York, was officially named after him as the ‘Goodman Mountain’.
His legacy and ideas are passed on to next generations through the ‘Andrew Goodman Foundation’, which is promoted around the world by his brother David.
You May Like

See the events in life of Andrew Goodman in Chronological Order 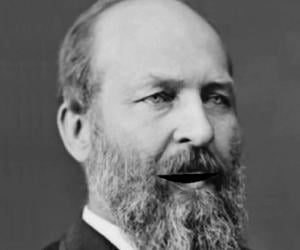