(Civil Rights Activist & The Founder of the National Action Network)

Al Sharpton is an American Baptist minister, civil rights activist, television personality, and founder of the National Action Network, a non-profit civil rights organization. Born and raised in Brooklyn, New York, Al Sharpton grew up in a religious family and was ordained as a Pentecostal minister when he was just 10. Following his high school graduation, he enrolled at Brooklyn College. He dropped out of college in 1975 and became a full-time civil rights activist. In 1971, he laid the foundation of the National Youth Movement and also served as the youth director of New York’s Operation Breadbasket; both the organizations worked toward rehabilitation and uplifting of the marginalized black community in America. Al Sharpton became a nationally renowned face in the late 1970s, when he protested against some high-profile incidents which were racially motivated. He has also tried contesting in elections for a seat in the United States Senate, and also as the Mayor of the New York City. In 2004, he unsuccessfully contested for the nomination as the presidential candidate from the Democratic Party. He currently hosts the radio talk show titled Keepin’ It Real and also appears on the political television talk show PoliticsNation. Al faced the spotlight very early in his life, at the age of just four, when he began sermonizing. He had not entered kindergarten yet but had begun preaching the teachings of Christianity around his locality in Brooklyn. Hence, he was considered to be an extraordinary child. Around that time, he had decided that this was what he wanted to do all his life.

By the time he was nine, he had become an ordained minister at the Pentecostal Church and was known as a boy wonder. He embarked on several national tours, one of them being with the famous gospel singer Mahalia Jackson during his pre-teen years.

His father was a rich man who worked as a contractor. Hence, Al Sharpton grew up in relatively comfortable environment. However, when he was 10 years old, his father abandoned his family. This had a major impact on the family and they sank into poverty. Al’s mother had to work as a cleaning lady to make the ends meet. Al was quite close to his father, and his sudden disappearance caused Al to look for father figures in famous personalities.

He attended local schools around Brooklyn for his formal education and graduated from Tilden High School in 1973. Al Sharpton enrolled at Brooklyn College following his high school graduation, but he dropped out without earning a college degree. He was pursuing a degree in politics before he dropped out in the final year of college. 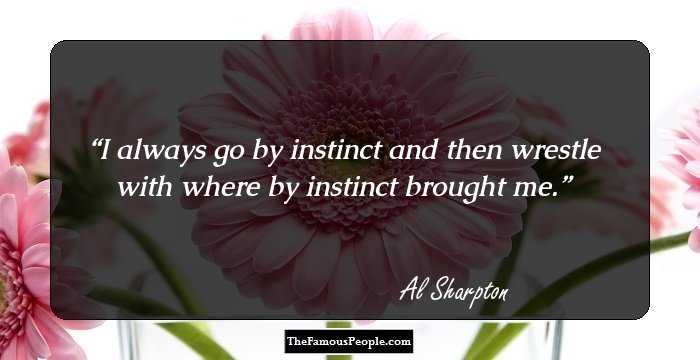 Quotes: Me, I
Continue Reading Below
Career

In the late 1960s, at just 14, Al Sharpton was locally quite popular as he gave sermons along with several seasoned ministers. He had also become active in the ongoing civil rights movement, associating himself with the Southern Christian Leadership Conference (SCLC). One of the key aims of the organization was to promote equality in the workplace by pressurizing the business organizations, both socially and financially.

Al had been an integral part of the SCLC. In 1969, he was made the youth director of the Operation Breadbasket organization when he was 14 years old. He was in high school at that time. Joining his group’s activities against corporates in the early 1970s, he actively joined the protests against the A&P supermarket chain.

During his college period he became politically active. While in college, he established the National Youth Movement. It was created to help the black population of America fight the rampant drug usage and to provide financial aid to the ghettos.

He became a nationally known face in 1971, when he publicly urged the black people in Harlem to not celebrate Christmas and encouraged them instead to take part in the Kwanza celebration, a traditional African annual festival. The news made it to the newspapers, and he being a director of Operation Breadbasket, the news was highly publicized.

It was later renamed as the United African Movement in the early 1970s. Al Sharpton claimed that it was the biggest anti-drug movement in the entire country with more than 30,000 members in 16 cities working day and night. However, a New York prosecutor claimed that the group was nothing bigger than Al and a few of his disciples running his errands in a small office in Brooklyn.

He made headlines in 1974 when he led a protest, along with much older black leaders, to raise voice against the death of a 14-year-old black boy killed by a Brooklyn police officer. In the City Hall, Al Sharpton attended a crowd gathering of more than 500 people.

Throughout the early and the mid-1970s, almost all his protests were of a peaceful nature. However, by the late 1970s, his protests turned somewhat disorderly. He had once been arrested in 1970 while protesting at the New York City Hall, demanding summer jobs for the black teenagers.

In another protest, he, along with a group of people, painted red X marks in front of the Wall Street office buildings. He claimed that they were the front for the drug businesses. He further said that he had borrowed those tactics from Martin Luther King Jr., whom he considered an important father figure.

However, despite participating actively in a number of protests and making waves here and there, his popularity was mostly limited to New York. In 1984, that changed after the Bernhard Goetz case. Bernhard Goetz was a white man who had killed four black youngsters in New York City in December 1984. Bernhard claimed that he had to use his unlicensed gun as they were coming to rob him. He was not charged with murders as the court cleared him of all charges and only fined him for keeping an unlicensed firearm.

Al led numerous protests, claiming that it was a racially motivated incident while the courts refused to see any racial angle to it. He further said that the prosecution was very weak which led Bernhard to get away with murders so easily. He thus protested for many days in front of the courthouse, claiming that it was a mistrial. The case became a national news, and this increased Al Sharpton’s fame and he became a known face in the national media.

In 1986, he again received national coverage when he protested against the Howard Beach killing. In this incident, three black men were chased by a group of white youngsters when one of the black men died in a motor accident. Al Sharpton led some furious protests and halted the traffic on the Brooklyn Bridge and stopped the subway service in Manhattan and Brooklyn. The protests were televised nationally.

Throughout his life, he actively held such protests to protect the rights of the marginalized black population of America, associating himself with cases such as the Dunbar Village Case, the Tyisha Miller Case, and the Crown Heights Riots, to name a few.

Al has also tried his hand at electoral politics a few times, but achieved no success. He unsuccessfully ran for a seat in the United States Senate in 1988, 1992, and 1994. In 1997, he attempted to get elected for the seat of New York City Mayor. He further contested for the 2004 presidential election nomination but lost miserably.

Since 2006, he has been hosting the radio show Keepin’ It Real with Al Sharpton. In addition, he also happens to be a host on the television news shows, such as PoliticsNation and Morning Joe.

Over the years that he has been active, he has also made several television appearances, including in series such as The Morton Downey Jr. Show, I Hate My Job, Saturday Night Live, and so on. 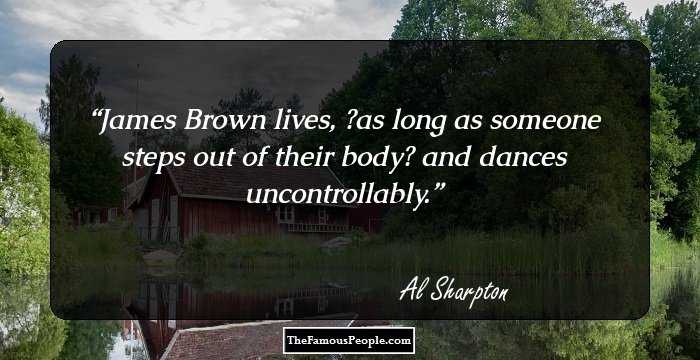 In 1971, Al Sharpton met Kathy Jordan, a backup singer. He was on a national tour with James Brown when he met her. The couple dated for almost a full decade before getting married in 1980. In 2004, the couple parted ways. They had two children together: Dominique and Ashley Sharpton.

Al Sharpton was previously married to Marsha Tinsley, a recording artist, at the age of 20, but the marriage did not last even for a year. In July 2013, it was reported that he was dating Aisha McShaw, his self-described girlfriend.

See the events in life of Al Sharpton in Chronological Order