Alicia Vikander is a Swedish actress who won the Academy Award for Best Supporting Actress for her role as painter Gerda Wegener in the romantic drama film 'The Danish Girl'. Starting out as a child actor for stage productions at the Gothenburg opera house, she went on to appear in a number of television shows, telefilms, and short films throughout her teenage years. One of her earlier major roles was portraying Josefin Björn-Tegebrandt in the Swedish soap opera 'Andra Avenyn' ('Second Avenue'). She won the Guldbagge Award for Best Actress on her film debut with the Swedish drama film 'Pure', and gained international attention for her roles in the historical films 'Anna Karenina' and 'A Royal Affair'. She is now widely recognized for diverse roles as activist Vera Brittain in 'Testament of Youth', humanoid robot Ava in 'Ex Machina', Gaby Teller in 'The Man from U.N.C.L.E.' and the iconic Lara Croft in 'Tomb Raider'. She is married to German-born Irish actor Michael Fassbender. Mercedes Mason
DID WE MISS SOMEONE?
CLICK HERE AND TELL US
WE'LL MAKE SURE
THEY'RE HERE A.S.A.P
Quick Facts

See the events in life of Alicia Vikander in Chronological Order 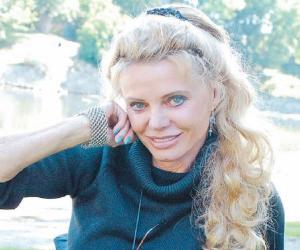