Alfred Deakin was the second Prime Minister of Australian Federation and had been instrumental in formation of the Australian commonwealth. He was born to a working-class family and received education from different institutions. However, he did not show much interest in studies until he was acquainted with his teacher John Edward Bromby. Under John’s tutelage he did well in school and pursued further education in law, but this subject did not incline him much. He managed to get a degree in law and was even included in the bar association. However, he could not excel in this career and got employed at a newspaper. His writing skills helped him retain this job and his employer, David Syme, made him aware of the protectionist policy and also ushered Deakin into politics by backing his participation in elections. Deakin also assumed the role of a significant leader in the federation movement and played a vital role in establishing the Australian Federation. He entered the political arena as a Member of Parliament and his leadership qualities helped him climb the political ladder. He also served three terms as the prime minister of Australian Federation and formulated many policies and passed many bills which ensured the welfare of Australians 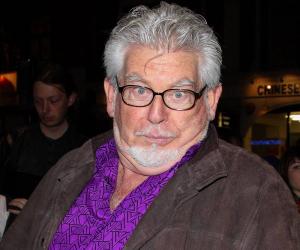 Australian Celebrities
University Of Melbourne
Leo Leaders
Male Leaders
Australian Leaders
Childhood & Early Life
He was born on 3rd August, 1856 to William Deakin and Sarah Bill, at Collingwood, Melbourne.
He received early education at a boarding school located in Kyneton and later enrolled at the ‘Melbourne Church of England Grammar School’.
In 1871, he completed his matriculation in which he scored well in subjects such as algebra, history and Euclid and scored satisfactorily in English and Latin. The following year, he enrolled as a law student at the ‘University of Melbourne’.
He did not show much interest in the subject of law and was rather interested in reading and even penned his thoughts. A collection of his writings was published in 1875, entitled ‘Quentin Massys’, which was a drama in five act written in blank verse.
Continue Reading Below
You May Like

The Best Black Actresses Of All Time
Career
With a knack to memorise things easily, he sailed through his graduation and obtained a degree in law in 1877, but lacking an interest he was unable to gain success in his career as a lawyer.
He developed an interest for religion and in 1877, authored a book 'A New Pilgrim's Progress'.
He met the Scottish-Australian newspaper proprietor of ‘The Age’, a leading daily and was employed as a writer during the period 1878-83, which helped him earn a livelihood.
He was also introduced to politics by Syme and with his mentor’s support, he contested the elections and even won it. He was elected to the Victorian Legislative Assembly but had to resign shortly after, owing to a dispute over electoral proceedings. He contested few more elections and in 1880, won the General Election.
This politician was appointed as the Commissioner for Public Works and Water Supply in 1883 and the following year, he was made the Solicitor-General and Minister of Public Works.
In 1885, he formulated the ‘Shops and Factories Act’ according to which the working hours were stipulated, working conditions were looked upon and even provision for compensate injured workers were introduced.
During the same period, he headed the ‘Royal Commission on Water Supply’ and eventually, formulated the ‘Irrigation Act’. He also authored several publications related to irrigation practices such as ‘Irrigation in Italy and Egypt’ and ‘Irrigated India’.
In 1886, he headed the ‘Liberal Party’ but the decline of Victorian government made him revert to his early profession of a lawyer in order to earn a living. Simultaneously, he continued his practice of reading and writing literary pieces.
In 1893, he inked the book ‘Temple and Tomb in India’ which encompasses topics like religion and architecture prevalent in India.
Continue Reading Below
In late 1890s, he joined the ‘Federation movement’, represented his state at the ‘Australasian Federal Conference’, and participated in the discussion revolving around the formation of Australian Constitution.
He had sound knowledge of law, history and at the same time he was also a great negotiator and used these qualities to convince the British parliament to approve the constitution.
In 1990, the constitution was granted by the British Parliament and Edmund Barton was elected as the first Prime Minister of Australia, while Alfred Deakin was elected as the first Attorney General and also became the Member of Parliament for the Ballarat Division.
He was instrumental in the implementation of ‘White Australia Policy’ in 1901, which prohibited non-Europeans from migrating to Australia. The following year, he played a significant part in the establishment of High Court of Australia.
In 1903, he succeeded the Edmund Barton as the Prime Minister but he resigned from the post the following year.
He was re-elected to office in 1905, and Deakin actively served his term in the office by formulating laws and policies regarding Commonwealth, Australian currency, trade protection and many more.
The ‘Copyright Act’ was established in 1905, which was followed by the establishment of ‘Bureau of Census and Statistics’ and Bureau of Meteorology. During his second term in office the ‘Quarantine Act’ was also passed.
He also made few changes in the ‘Judiciary Act’ which resulted in the inclusion five judges in the ‘High Court’. The ‘Australian Industries Protection Act’ was also passed during his regime.
He served two more consecutive terms as the prime minister till 1910 and continued to remain active in politics for the next three years.
His deteriorating mental health, forced this erudite leader to withdraw from office in 1913. However, he chaired the ‘Royal Commission on Food Supply’ and was also engaged with the ‘Australian Commonwealth’ as its president. These engagements impacted his health even more, and he found solace in family and friends.
Major Works
He formulated many policies which were concerned with the welfare of his people. One such policy was the ‘Shops and Factories Act’ which ensured specified working hours and healthy working conditions for the employees.
Personal Life & Legacy
In 1882, Deakin married Elizabeth Martha Anne Browne and the couple was blessed with three daughters named Stella, Ivy and Vera.
His contribution towards the welfare of the society made many institutions extend awards and honours towards him, but he was too humble to accept them.
This remarkable leader breathed his last on 7th October, 1919, and his resting place is the ‘St Kilda Cemetery’ located in Victoria.
Many of his penned works were published posthumously such as ‘The Crisis in Victorian Politics’ and ‘The Federal Story’.
Trivia
In 1969, the ‘Australian Post’ released a postage stamp which had Alfred Deakin’s image in it.
You May Like

See the events in life of Alfred Deakin in Chronological Order