Who was Aldo Leopold?

Aldo Leopold was a well known ecologist, forester, environmentalist, scientist and a well-known American author. Besides teaching at the University of Wisconsin, he also authored “A Sand County Almanac”. With this book, he introduced his opinion on ‘land ethic’, his innovative ideas about the preservation of land. It was Aldo who, for the first time, used the term ‘wilderness’ to describe wildlife preservation. He played a crucial role in the development of Gila Wilderness, the first national wilderness area in the Forest Service system. He was the co-founder of the Wilderness Society and Wildlife Society. Possessing great expertise on wildlife management, he campaigned for the scientific management of wildlife habitats by public as well as private landholders. Through his book “Game Management”, he discussed the necessary technique of managing and restoring wildlife population. Apart from that, he published more than 300 articles, papers and newsletters on scientific concepts and received wide recognition for his articles on wilderness. His valuable suggestions regarding biodiversity and ecology had a great influence on the environmental movement. His new "ecological ethic" stressed the importance of predators in the balance of nature. It helped in the return of bears and mountain lions to New Mexico wilderness.

Non-Fiction Writers
Environmental Activists
American Men
Yale University
Childhood & Early Life
Aldo Leopold was born in Burlington, Iowa, United States, to Carl Leopold and Clara Starker. His younger siblings were May Luize, Carl Starker and Frederic.
Though German was his first language, yet he managed to master English at a very young age. From early childhood, he was a keen observer of nature and learnt woodcraft and hunting from his father.
After attending Prospect Hill Elementary, he studied at Burlington High School. Later, he decided to pursue a career in forestry for which he went to study forestry at Yale University.
In 1904, he attended The Lawrenceville School, a preparatory college in New Jersey so that he could enter Yale University. During his stay at Lawrenceville, he spent most of his time in observing the wildlife.
In 1905, he studied at Sheffield Scientific School at Yale. In the following year, he started coursework at Yale Forest School and in 1909 he finished his Master of Forestry. 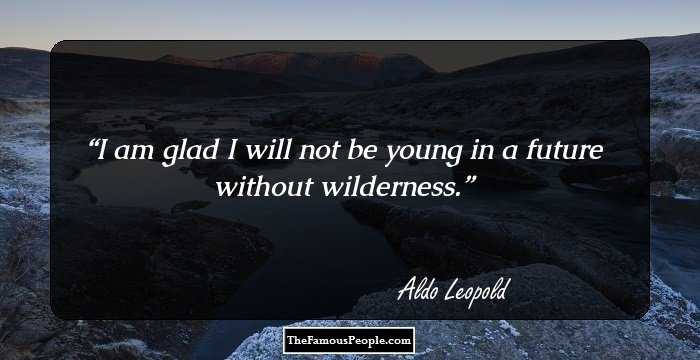 Quotes: Future, Will, Young, I
Continue Reading Below
You May Like

Male Writers
Male Activists
Male Scientists
Capricorn Writers
Career
In 1909, he served as a forest assistant at the Apache National Forest in the Arizona Territory.
In 1911, he worked at the Carson National Forest in northern New Mexico as deputy supervisor. During his tenure as deputy supervisor, he took the initiative to develop a comprehensive management plan for the Grand Canyon. It was he, who, for the first time, wrote Forest Service’s fish handbook.
In 1914, he served for the U.S. Forest Service district headquarters in Albuquerque, New Mexico, in the department of grazing. In the following year, he took the charge of developing activities in recreation, game, fishing and publicity.
In 1918, when the U.S. joined World War I, he left his forest service and worked as secretary of the Albuquereque Chamber of Commerce. In the next year, he rejoined the Forest Service as the assistant district forester of the forests in Southwest.
In 1923, he finished writing the “Watershed Handbook”. This book represents a vivid description of his observations of nature during his numerous inspection tours of Southwestern forests.
In 1924, he took the responsibility of an associate director of the U.S. Forest Products Laboratory in Madison, Wisconsin. He served here till 1928. Later, he conducted game surveys of Midwestern states. He prepared game survey reports for nine states. The Sporting Arms and Ammunition Manufacturers’ Institute used to provide funds for these game surveys.
In 1930, he played a pivotal part in formulating the American Game Policy as the chairman of the Game Policy Institute of the American Game Conference. This policy was adopted in the December 1930.
In 1933, he worked in the Department of Agricultural Economics at the University of Wisconsin as a new chair of game management. In 1935, after getting a Carl Schruz fellowship, he went to Germany to study forestry and wildlife management.
In 1936, he set up a society of wildlife specialists. This society was later named as the Wildlife Society. In 1939, the University of Wisconsin appointed him as the chairman of a new Department of Wildlife Management.
In 1943, he took the responsibility of the Wisconsin Conservation Commission for a six-year term. During his tenure here, his active involvement in deer policy created much uproar. 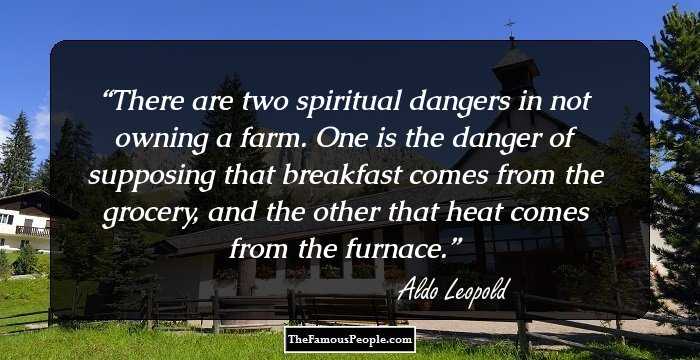 American Writers
American Activists
American Scientists
Capricorn Scientists
Personal Life & Legacy
He tied the nuptial knot with Estella Bergere on October 9, 1912. They had five children - Starke, Luna, Nina, Carl and Estella.
He authored “A Sand County Almanac”, his observation of nature. This book appeared posthumously in 1949. Through it, he openly criticized the harm done to natural systems by humans.
Recommended Lists:

American Non-Fiction Writers
American Environmental Activists
Capricorn Men
Trivia
This celebrated environmentalist had a special aptitude for observation from his early childhood. During childhood, he devoted most of his time counting and cataloging birds near his home. 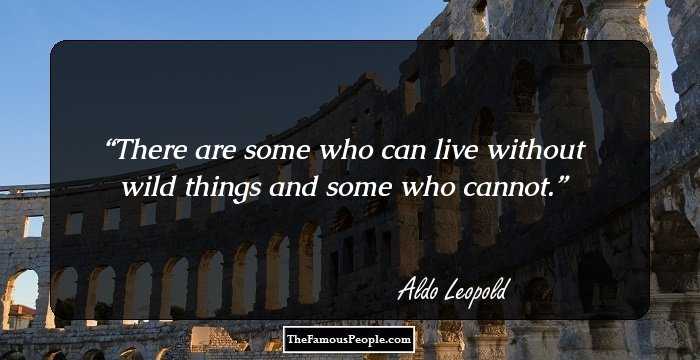 Quotes By Aldo Leopold | Quote Of The Day | Top 100 Quotes

See the events in life of Aldo Leopold in Chronological Order