(Founder of the Samye Ling Monastery in Scotland)
Advanced Search

Chöje Akong Tulku Rinpoche was tulku of the ‘Karma Kagyu’ lineage, who played a vital role in establishing Tibetan Buddhism worldwide. Born in the Chamdo area of Kham, Tibet, he was recognized as the ‘tulku’, or reincarnation of the previous Akong, at an early age. Taken from his family at the age of four, he received traditional religious education at the monastery and specialized in Tibetan medicine before taking up his role as abbot and teacher. Later, he left for exile in India, a journey which made him realize hunger as the most basic of all human needs and strived towards eradicating it. From India, he traveled to the UK where he co-founded Samye Ling monastery in Scotland and later built its London Center (now in a former library). His main work had been the expansion of the work of the ROKPA Charity, principally in Tibet and Nepal, where he established several soup kitchens to feed the homeless in major cities. He brought well over 150 projects into existence, each project being a school, clinic, medical college, self-help program or a scheme to protect the environment. In 2013, he was killed in an attempted robbery while he was visiting some of his charitable projects in China. Pope Gregory VII
Spiritual & Religious Leaders #1087
DID WE MISS SOMEONE?
CLICK HERE AND TELL US
WE'LL MAKE SURE
THEY'RE HERE A.S.A.P
Quick Facts

Chinese Celebrities
Tibetan
Chinese,Tibetan Celebrities
Chinese Men
Chinese Spiritual & Religious Leaders
Capricorn Men
Childhood & Early Life
Akong Rinpoche was born on December 25, 1939, at Dharak Village, near Riwoche in Kham, Eastern Tibet.
At the age of two, he was discovered by the search party seeking the reincarnation of the previous (1st) Akong, Abbot of Dolma Lhakang monastery near Chakdado, in the Chamdo area of Kham.
He was taken to Dolma Lhakang at the age of four where he received the spiritual and formal education necessary for him to resume his position as Abbot. Besides his religious studies, he was also trained in traditional Tibetan medicine.
In his teenage years, he toured from one community to another, performed religious ceremonies and treated the sick. Later, he went to the great monastic university of Secchen, where he received the Kagyu Buddhist lineage from Secchen Kongtrul Rinpoche.
Under the guidance of HH the 16th Gyalwa Karmapa, his further spiritual training as one of the holders of the Kagyu lineage was completed and he was certified as a teacher of Tibetan medicine.
Continue Reading Below
You May Like

The Best Black Actresses Of All Time
Later Years
In 1959, when the Chinese took over the Tibet, Akong Rinpoche fled to India with 300 other Tibetans. After spending time in refugee camps, he was asked to serve as a teacher at the ‘Young Lamas Home School’ in Dalhousie.
In the early 1960s, he was among the first Tibetan tulkus who were brought from exile to Western Europe. Upon arriving in England, he worked as a hospital orderly for several years.
In 1967, he co-founded ‘Samye Ling Monastery’ in Scotland, the first Tibetan Buddhist center in Europe, with Trungpa Rinpoche. In addition, he helped found ROKPA International, an international humanitarian organization that works principally in Tibet and Nepal.
Later, while his friends moved to different countries, he remained in Europe and oversaw the community at Samye Ling. He remained and served in the monastery at Scotland for the rest of his life.
He also founded welfare projects in China, Nepal, South Africa, and Zimbabwe, and established soup kitchens in the UK, Nepal, South Africa, Poland, and Belgium to feed the homeless people.
He also worked towards developing the use of traditional Tibetan medicine in modern times, and founded a project called the ‘Tara Trust’ to develop practical forms of psychotherapy.
In 1992, he led a team within Tibet in search of the reincarnation of the 16th Karmapa. This was the first time that exiled Tibetan lamas had risked inviting the Chinese authorities to work with them on the search for a reincarnation.
He focused the rest of his life on developing his social welfare projects within Tibet and other countries, as well as overseeing the teaching community at the monastery he co-founded in Scotland.
He also wrote a book titled ‘Taming the Tiger: Tibetan Teachings for Improving Daily Life’ which aims to help those seeking the truth about suffering and happiness.
Major Works
In 1967 he co-founded the ‘Samye Ling Monastery’, the first Tibetan Buddhist Centre in the West, in a valley in Scotland. He described it as a place full of peace and spirituality, open to anyone of any faith.
He was able to establish over 150 projects in Tibet, which included schools, clinics, orphanages, vocational training centers, and environmental projects, all oriented toward cultural preservation and sustaining the Tibetan language.
Personal Life & Legacy
Later in life, he got married and was blessed with four children.
On October 8, 2013, he was stabbed to death in an attempted robbery in Chengdu, China, along with two other monks, including Rinpoche's nephew, and his driver. The police arrested the three Tibetan convicts who admitted their crime.
His body was cremated at a monastery in Tibet where he was initiated as a monk at the age of four.
You May Like

See the events in life of Akong Rinpoche in Chronological Order 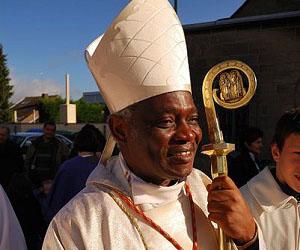