(Italian Mystic, Activist, Author and a Doctor of the Church)

Catherine of Siena was an author, mystic, and activist from Siena (modern-day Italy), who was associated with the ‘Dominican Order.’ Catherine was born prematurely and needed special attention to grow into a healthy child. Catherine had her first vision of Jesus Christ when she was 5 or 6 years old. By the time she was 7, she had decided that she would devote her life to the service of God. She was supposed to marry at the age of 16, but she strongly protested against it. Upon growing up, she got associated with the ‘Dominican’ tertiary. Soon, she became popular by claiming to have experienced divine miracles such as a mystical marriage and invisible stigmata. She was also known for her influence over Pope Gregory XI, which helped her persuade him to move to Rome. She wrote a set of treaties known as ‘The Dialogue of Divine Providence.’ However, she became more famous among Christians after her death. In 1866, she was declared the patron saint of Rome, and later, of Europe. Giambattista de...
25th March In History
DID WE MISS SOMEONE?
CLICK HERE AND TELL US
WE'LL MAKE SURE
THEY'RE HERE A.S.A.P
Quick Facts

Cause of Death: Fasting 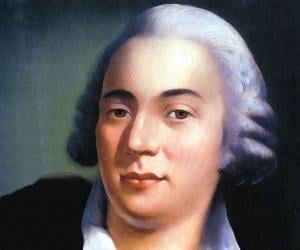