Adna Romanza Chaffee was a former Chief of the Army Staff of the ‘U.S. Army.’ With the outbreak of the ‘American Civil War’ in 1861, he joined the ‘Union Army’ as a private. Due to his gallant and meritorious actions throughout his military career, he gradually rose through the ranks from private to lieutenant general. During his career, he was decorated with brevetted multiple ranks as a recognition for his bravery. Other than the civil war he fought in the ‘Indian Wars,’ ‘Spanish-American War,’ was part of the expedition in China and ‘the Philippine-American War.’ He also served as an instructor at a few military academies. He was a highly decorated officer who is held in high regard even to the present day. Cause of Death: Typhoid 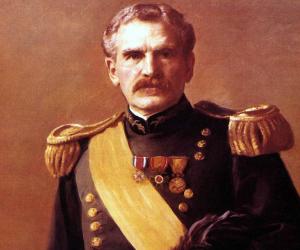 Who Is The Most Popular BTS Member?
Career
On July 22, 1861, at the onset of the American Civil War, Chaffee enlisted as a private in the ‘U.S. 6th Cavalry Regiment’ of the ‘Union Army.’
He was promoted to the position of sergeant in 1862. The same year, he participated in the Peninsular Campaign. Later, he also fought in the Batte of Antietam, better known as the Battle of Sharpsburg, in the southern regions of the U.S. In September that year, he was appointed as the first sergeant of ‘Company K.’
On March 13, 1863, he was made the second lieutenant. In July that year, his ‘6th Cavalry’ attacked the ‘Confederate Cavalry’ regiment (though with fewer men) at Fairfield, Pennsylvania, in the outskirts of Gettysburg. He was wounded and taken prisoner for a short period.
He remained with the ‘6th Cavalry’ until the ‘Union Army’ won the war in May 1865. Around 3 months before this victory, on February 22, 1865, he was commissioned as a first lieutenant.
In recognition of his brave service to the cause of the ‘Union Army,’ especially his courageous deeds at the Battle of Dinwiddie Court House, he was brevetted captain.
After the end of the war and the assassination of the reigning president of the United States, Abraham Lincoln, he joined the newly formed ‘Military Order of the Loyal Legion of the United States,’ also known as the ‘Loyal Legion,’ an order created by the servicemen who had served in the ‘Union Army.’
After the war, he chose to stay in the army and was sent to the western frontier to fight against the Indian tribes in the Central Plains and the Southwestern region. There, he was made the captain of the ‘Regular Army’ on October 12, 1867.
In honor of his gallantry at Paint Creek, Texas, he was brevetted major in 1868.
The Indian Wars kept him busy in the subsequent years. Some of his impressive exploits were at the Battle of Red River in Texas and the Battle of Big Dry Wash, Arizona. He was brevetted lieutenant colonel for the latter.
Continue Reading Below
He became the major of the ‘9th Cavalry’ of the ‘Regular Army’ on July 7, 1888.
Between 1894 and 1896, he served as an instructor at the army’s ‘Infantry and Cavalry School’ at Fort Leavenworth, Kansas. On June 1, 1897, after being promoted to the rank of lieutenant colonel, he was transferred to the ‘3rd Cavalry.’ He served at the ‘Cavalry School’ at Fort Riley, Kansas, as its commandant, until 1898.
With the onset of the Spanish–American War in 1898, he was made the brigadier general of the army on May 4 that year. He was in charge of a brigade of volunteers. On July 8, 1898, he received a promotion to become the major general of volunteers. He earned this rank for leading the victory at the Battle of El Caney in early July.
Between 1898 and 1900, he reported to the military governor of Cuba, General Leonard Wood, as his chief of staff. He became the colonel of the ‘Regular Army’ on May 8, 1899. He also became a member of the ‘Society of the Army of Santiago,’ a society for army officers who served in Cuba.
With the ‘Boxer Rebellion’ gaining momentum in China in 1900, Chaffee left for China in July that year. He was appointed as the commander of the ‘China Relief Expedition’ formed by the ‘U.S. Army.’
He took part in the ‘Gaselee Expedition’ and the successful Battle of Peking in August 1900. He was one of the co-founders and the president of the society of army officers who had served in China to quell the Boxer Rebellion, called the ‘Military Order of the Dragon’. He remained its president until his death.
On February 4, 1901, he was made the major general of the ‘Regular Army.’ From July that year until October the following year, he served in the Philippines as its military governor. This period coincided with the beginning of the second phase of the Philippine–American War.
From October 1902 until the following October, he was made the commander of the ‘Department of the East.’
On January 9, 1904, he was promoted to the position of lieutenant general. He served as the chief of staff of the ‘U.S. Army’ until January 14, 1906.
Upon his request, he was retired on February 1, 1906.
Following his retirement, he shifted to Los Angeles, California. There, he was appointed as the president of the ‘Board of Public Works’ for Los Angeles.
Awards & Honors
Chaffee received the ‘Grand Cross of the Legion of Honor’ from the president of France.
A historical marker recording Chaffee’s birthplace was installed in Orwell.
In 1905, the city of Chaffee in Scott County, Missouri, U.S., was named in his memory.
Family, Personal Life & Death
Chaffee married a young widow named Kate Haynie Reynolds in September 1867. She passed away two and a half years later. The couple had two children.
In 1875, he married Annie Frances Rockwell. They had four children together. The most famous of them was Adna R. Chaffee Jr., who grew up to be a distinguished army man, better known as the “Father of the Armored Force” and the army’s finest horseman. Chaffee’s other children were Mabel Chaffee, Kate Grace Chaffee, and Helen Valentine Chaffee.
He breathed his last on November 1, 1914. His resting place is in “Section 3” of the ‘Arlington National Cemetery,’ the military cemetery in Arlington, Virginia, U.S.
You May Like

See the events in life of Adna Chaffee in Chronological Order