Ada Yonath is one of the most revered global scientific personalities, who dedicated her life towards the study of the structure of ribosome. Born in an impoverished family, young Yonath showed traits of making it big since an early age. She was a curious child, inquisitive in her approach towards knowing the unknown. Despite being born in an underprivileged family, she did not compromise on her education and attained PhD degree in the field of Chemistry. Subsequently, she committed herself to the study of the structure and function of the ribosome. She made a massive contribution in the field of chemistry by introducing the innovative techniques in cryo bio-crystallography for enabling ribosomal crystallography. For the same, she was bestowed with Nobel Prize in Chemistry, which she shared with Venkatraman Ramakrishnan and Thomas A. Steitz. With this, she became the first Israeli woman to win the Nobel Prize, the first woman from the Middle East to win a Nobel Prize in the sciences, and the first woman in 45 years to win the Nobel Prize for Chemistry. 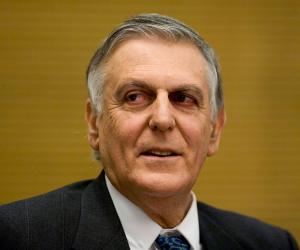 Herbert C. Brown
Chemists #98
Scientists #892
Continue Reading Below
DID WE MISS SOMEONE?
CLICK HERE AND TELL US
WE'LL MAKE SURE
THEY'RE HERE A.S.A.P
Quick Facts

Israeli People
Women Chemists
Israeli Chemists
Cancer Scientists
Women Scientists
Childhood & Early Life
Ada Yonath was born to Hillel and Esther Lifshitz, Zionist Jews, in Geula quarter of Jerusalem, on June 22, 1939. Six years before her birth, her family shifted to Palestine from Poland.
Despite deprived living conditions, the Yonath couple did not want to compromise on education and send their young daughter to an upscale and swanky school at the Beit HaKerem neighbourhood.
After the death of her father, she along with her mother shifted to Tel Aviv, where she enrolled at the Tichon Hadash High School. Since the tuition fee was quite high, she started teaching mathematics to younger students in order to pay the fees.
Completing her preliminary education, she returned to Jerusalem where she attained admission at the Hebrew University of Jerusalem. She gained her Bachelor Degree in Chemistry in 1962 and followed this up with a Master’s degree in Biochemistry in 1964. In 1968, she earned PhD in X-Ray crystallography from the Weizmann Institute of Science
Continue Reading Below
You May Like

Famous Beautiful Women With Green Eyes
Career
Concluding her studies, she took up post-doctoral position at the Carnegie Mellon University in the year 1969 and followed this up with a position at Massachusetts Institute of Technology (MIT) in 1970.
It was while at MIT that she worked in the laboratory of Nobel laureate winner William N. Lipscomb, Jr. of Harvard University where she got inspired to pursue very large structures. She studied the structure of a globur protein staphylococcus nuclease.
In 1970, she moved back to her alma mater at Weizmann Institute where she established the first and only protein crystallography laboratory in Israel. Therein, she studied the process of protein biosynthesis, a major question concerning living cells.
Her main mission was to determine the three-dimensional structure of the ribosome, the cells' factory for translating the instructions written in the genetic code into proteins and revealing the mechanics guiding the process.
From 1979 to 1984, she worked in association with HG Wittmann of the Max Planck Institute for Molecular Genetics in Berlin, who lent both financial and academic support to her.
Meanwhile, she served as the visiting professor at the University of Chicago from 1977-78. Other than carrying out her research duties at the Weizmann, she headed a Max-Planck Institute Research Unit at DESY in Hamburg, Germany from 1986 to 2004.
Her research basically intended to understand the fundamental components of life and the actions of widely prescribed antibiotics. Through her findings, she not only helped develop more efficient antibacterial drugs but also established new defences in the fight against antibiotic-resistant bacteria.
She dedicated twenty years of her life working on the mechanism of ribosomal crystallography that underlined protein biosynthesis. Though the same was sceptically looked upon by the scientific circle around the globe, she continued with her research.
It was in the mid-1980s that she developed a number of new techniques which are used till date in the structural biology laboratories throughout the world. She initiated cryo-bio-crystallography method, according to which crystals are exposed to extremely low temperatures at –185�C, to minimize the crystalline structure's disintegration under the X-ray bombardment.
Continue Reading Below
She determined the high-resolution structures of both ribosomal subunits and discovered the universal symmetrical region that provides the framework and navigates the process of polypeptide polymerization in an otherwise asymmetric ribosome.
She currently serves as the director of the Martin S. and Helen Kimmel Center for Biomolecular Structure and Assembly of the Weizmann Institute of Science.
She aims at taking the research work further in order to know in depth about the ribosome actions and how antibiotic drugs can block the actions in bacterial ribosomes. It is through this research that she aims at improving existing antibiotic drugs and coming up with novel ones by solving the structure and function of ribosome.
Awards & Achievements
She currently holds membership of various scientific institutions and academics including United States National Academy of Sciences, American Academy of Arts and Sciences; the Israel Academy of Sciences and Humanities; the European Academy of Sciences and Art and the European Molecular Biology Organization.
Along with George Feher, she received the Wolf Prize in Chemistry in 2006 for structural discoveries of the ribosomal machinery of peptide-bond formation and the light-driven primary processes in photosynthesis.
For her pioneering work in recognizing how bacteria become resistant to antibiotics, she was awarded with the L'Or�al-UNESCO Award for Women in Science in 2008. With this, she became the first Israeli woman recipient of the award. Same year, she was bestowed with Albert Einstein World Award of Science for her contribution in the field of ribosomal crystallography.
In 2009, along with Thomas Steitz and Venkatraman Ramakrishnan, she was conferred with the Nobel Prize in Chemistry. She became the first Israeli woman to be awarded the Nobel Prize.
Personal Life & Legacy
Not much is known about her personal life and marriage, except for the fact that she has been blessed with a daughter Hagit Yonath, who is a doctor at the Sheba Medical Center. She has a granddaughter Noa.
Trivia
For the study of the structure and functions of ribosome, she became the first Israeli woman to win the Nobel Prize. She is also the first woman from the Middle East to win a Nobel Prize in Chemistry.
You May Like

See the events in life of Ada Yonath in Chronological Order 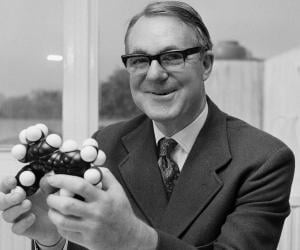