Zbigniew was a Polish–American diplomat, political activist, academician, and writer, who served as the US National Security Advisor to President Jimmy Carter (1977–1981). He also played a prominent role in the negotiation of the ‘Strategic Arms Limitation Talks (SALT) II’ nuclear weapons treaty. His tenure saw the efforts of the US in sustaining the ‘Shah of Iran’ and the arming of the “mujahideen” in response to the Soviet invasion of Afghanistan. He was also the foreign policy advisor to John F Kennedy and Lyndon B Johnson. He was involved in the normalization of relationships between the US and People’s Republic of China, the Middle-Eastern success (with the Camp David Records), the ‘Panama Canal Treaties,’ and the strengthening of military and international relations of the US. He was also a professor at ‘Harvard’ and ‘Columbia’ universities. He had written books such as ‘The Grand Failure: The Birth and Death of Communism in the Twentieth Century’ (1989) and ‘Strategic Vision: America and the Crisis of Global Power’ (2012). He also appeared on TV shows such as ‘The News Hour with Jim Lehrer’ and ‘This Week with Christiane Amanpour.’ He died on May 26, 2017, in Virginia.
Continue Reading Below 74
28th March In History
DID WE MISS SOMEONE?
CLICK HERE AND TELL US
WE'LL MAKE SURE
THEY'RE HERE A.S.A.P
Quick Facts 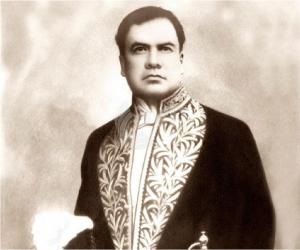 American Celebrities
Polish Celebrities
American Men
Polish Men
McGill University
American Diplomats
Childhood & Early Life
Zbigniew Brzezinski was born on March 28, 1928, in Warsaw, Poland, to Leonia and Tadeusz Brzeziński. Tadeusz was a Polish diplomat. Thus, his work took Tadeusz to different countries with his family.
As a result, Zbigniew spent his childhood and his youth in France and Germany. He grew up watching the ‘Nazis’ and their activities in Germany.
He also spent a good amount of time in the Soviet Union, where his father received a lot of praise for helping the Jews escape from the ‘Nazis.’ His family finally settled in Montreal, Canada, in 1938.
Zbigniew attended ‘Loyola High School’ in Montreal. He obtained both his bachelor’s and master’s degrees from ‘McGill University,’ in 1949 and 1950, respectively.
He won a master’s scholarship to the UK but was eventually deemed illegal on the basis of his nationality. He then attended ‘Harvard University’ and worked with Merle Fainsod on the Soviet Union's evolution from the ‘October Revolution’ to Stalinism,
He received his PhD in 1953. He also developed the concept of “totalitarianism” with Carl J Friedrich .
Continue Reading Below
You May Like

Famous Beautiful Women With Green Eyes
Career
From 1953 to 1959, Zbigniew worked as an assistant professor at ‘Harvard.’ During his time there, he challenged the policy of “rollback” stated by Dwight Eisenhower and John Foster Dulles.
He questioned the policy by stating that a hostile environment would turn out to be toxic for the Eastern Europeans and they would drift toward the Soviet Union. He also developed the idea of “peaceful engagement.”
In 1958, he became an American citizen. However, he left ‘Harvard’ a year later, since Henry Kissinger was chosen to be the new associate professor instead of him. He then moved to New York and started teaching at ‘Columbia University’ in1960.
As a professor of public law and government at ‘Columbia University,’ Zbigniew wrote ‘Soviet Bloc: Unity and Conflict,’ which was about Eastern Europe. Zbigniew moved on to become the first-ever director of ‘Columbia’s ‘Research Institute on Communist Affairs’ (which later came to be known as the ‘Research Institute on International Change’).
He remained its director until 1977. During this time, he also mentored Madeleine Albright, who later became the US Secretary of State.
He became a member of the ‘Council on Foreign Relations’ in New York. During the 1960s, he got an opportunity to become an advisor to John F Kennedy’s presidential campaign, where he again argued to establish a non-hostile environment in Eastern Europe.
To provide more resource to his arguments, he published the essay ‘Peaceful Engagement in Eastern Europe’ in the magazine ‘Foreign Affairs.’ In 1964, he became part of Lyndon Johnson's presidential campaign and continued his support toward non-hostile policies.
He also supported the ‘Great Society,’ the ‘Civil Rights Act, 1964,’ and the ‘Vietnam War.’ In 1966, he was appointed as a council member of the ‘Policy Planning Council of the US Department of State.’
He resigned from the council in 1968, following the expansion of war by the president. He then became a foreign policy advisor to the then-vice president, Hubert Humphrey.
Continue Reading Below
In 1968, he became the chairperson of the ‘Humphrey's Foreign Policy Task Force’ during the presidential election campaign. He then co-founded the ‘Trilateral Commission’ with David Rockefeller.
In 1974, while working as the first director of the ‘Trilateral Commission,’ Brzezinski chose Jimmy Carter as a member of the commission. Carter was then the ‘Democratic’ Governor of Georgia.
After Carter became the president in 1976, he appointed Brzezinski as the ‘National Security Advisor.’ During his time in Carter’s administration, he focused on the development of US–Sino relationships.
He also agreed with the fact that the US should try to improve its international dealings, look for more international co-operation, and stop looking for solutions within itself. He was also involved in getting the Soviet Union’s agreement to the ‘SALT.’
He also put an effort in ordering ‘Radio Free Europe’ transmitters to increase their scope of broadcast, which received major opposition, especially from Germany. During 1979–1980, with the ongoing hostage situation in Iran and the Soviet invasion of Afghanistan, the US saw an economic and financial downfall.
Brzezinski anticipated the Soviet invasion and led the US to develop the ‘Rapid Deployment Forces.’ He also focused on strengthening the army. He was also the brain behind the ‘Carter Doctrine.’
He retired from the position in 1981. He was invited by the then-president, Ronald Reagan, to work as the ‘National Security Advisor,’ but he declined the offer.
In 1985, he joined the ‘President's Chemical Warfare Commission.’ He also joined the ‘President's Foreign Intelligence Advisory’ for a year.
In 1988, he was appointed as the co-chairman of the ‘Bush National Security Advisory Task Force.’ He also returned to teaching and joined ‘Columbia University’ again, in 1981.
Continue Reading Below
In 1989, he started working as a senior research professor of international relations at ‘Johns Hopkins University.’ In 1988, he endorsed HW Bush for president.
He also endorsed Barack Obama in 2007. He was one of the prominent members of the ‘North Atlantic Treaty Organization (NATO) Expansion.’
He also supported ‘NATO’ when they bombed Serbia in 1999 during the ‘Kosovo War.’
Other Major Works
He was a member of organizations such as the ‘Atlantic Council,’ the ‘National Endowment for Democracy,’ the ‘Council on Foreign Relations,’ and the ‘International Honorary Council’ of the ‘European Academy of Diplomacy.’ He appeared in films and documentaries such as ‘Eternal Memory’ (1997), ‘Back Door Channels: The Price of Peace’ (2009), and ‘Strateg’ (2014).
He also wrote books such as ‘Between Two Ages: America’s Role in the Technetronic Era’ (1970), ‘The Choice: Global Domination or Global Leadership’ (2004), and ‘Strategic Vision: America and the Crisis of Global Power’ (2012).
Awards & Achievements
He received several honors, such as the ‘Presidential Medal of Freedom’ in 1981, the ‘Order of the White Eagle’ in 1995, and an honorary citizenship of the City of Gdańsk’ in 2002.
In 2016, he was awarded the ‘Medal for Distinguished Public Service’ from the ‘Department of Defense. ‘
Family & Personal Life
Brzezinski married Czech–American sculptor Emilie Benes. The couple had three children: two sons named Mark and Ian and a daughter named Mika.
Brzezinski died in Virginia on May 26, 2017, at the age of 89.
You May Like

See the events in life of Zbigniew Brzezinski in Chronological Order 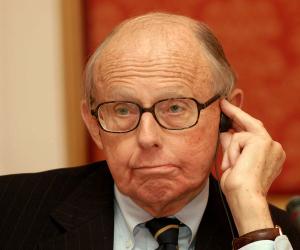