Yoshiro Mori is a Japanese politician who took office as the prime minister of Japan in April 2000. Known for making controversial statements, he was unpopular in this role and was forced to resign the very next year. Born into a wealthy family with a history in politics, Yoshiro Mori chose to follow in the footsteps of his forefathers and joined politics as a young man. He held many positions in the government before becoming the prime minister. Following his disastrous resignation from this role, he continued to be a member of the House of Representatives. He had a close personal relationship with Russian politician Vladimir Putin and thus remained a key player in Russo-Japanese relations even after stepping down as prime minister. He became president of the Japan Rugby Football Union in 2005 and unsuccessfully tried to secure the 2011 Rugby Union World Cup for Japan. He was later chosen to head the organizing committee for the 2020 Summer Olympics in Tokyo. Mori has earned public wrath numerous times for his controversial and often sexist remarks. He was forced to resign as games president following his remarks demeaning women. He has denied being a sexist and blamed the media for fueling public anger. Yoshiro Mori was born in Nomi, Ishikawa, Japan, on 14 July 1937, to a wealthy family of rice farmers. His parents were Shigeki and Kaoru Mori. Unfortunately, he lost his mother when he was seven years old.

Both his father and grandfather were involved in politics and had served as the mayor of Neagari, Ishikawa Prefecture.

He attended the Waseda University in Tokyo and was a member of the rugby union club. He loved to play the sport but never intended on pursuing it professorially.

In 1959, Yoshiro Mori graduated with a degree in commerce from Waseda University. He soon took up a job with the Sankei Shimbun, a conservative newspaper very popular in Japan.

In 1962, he quit his job in the newspaper and assumed the job of a secretary to a member of the Diet (parliament). In the ensuing years, he immersed himself fully in learning the nuances of politics and was ready to begin his own political campaign.

He stood in the 1969 general election and was elected as an independent in the House of Representatives. He proved to be popular in this position and was reelected ten consecutive times. During this time, he also joined the Liberal-Democratic Party (LDP).

A man fully devoted to politics, he rose through the ranks rapidly in the coming years. An incident in 1980--his involvement in the Recruit scandal --tarnished his reputation a bit but he was able to bounce back and hold several powerful positions within his party and the government.

In 1983, Yoshiro Mori was appointed education minister, a post he held for one year until 1984. He served as international trade and industry minister in 1992-93. A couple of years later, in 1995, he became construction minister.

Meanwhile in 1993, he was also appointed secretary-general of the LDP. He was reappointed to this position in 1998. The following year, he began to increase his control over the Mitsuzuka faction (formerly Abe faction) in the LDP. This faction was headed by Hiroshi Mitsuzuka at that time.

On 2 April 2000, while engaged in an ongoing political battle with Liberal Party leader Ichirō Ozawa, the prime minister of Japan, Keizō Obuchi suffered a stroke and cerebral hemorrhage. This left him incapacitated and unable to perform his duties.

In this chaos, the cabinet organized an emergency meeting and resigned en masse, further complicating the political scenario. Yoshiro Mori was the secretary-general of the Liberal Democratic Party (LDP) at this time, and he was unanimously elected the president of the party.

On 5 April 2000, Yoshiro Mori became the prime minister with the combined votes of the LDP, New Conservative Party, and New Komeito.

He proved to be extremely unpopular as the prime minister. His tenure was marked by numerous cabinet scandals. He also gained much notoriety because of his blunt and insensitive comments. He was criticized for his failure to improve the country’s economic situation as well.

A few fundraising scandals arose shortly after Mori took office. Two of his senior appointees resigned in the wake of the scandals. Mori became even more unpopular following this.

By November 2000, Mori’s approval ratings had fallen below 30%. Opposition politicians attempted to win a vote of no confidence against Mori but their revolt was quashed. His approval ratings continued to fall in the coming months.

In March 2001, there were unverified claims that Mori was going to resign. This sent the stock market into a frenzy, leading to a steep decline in Japanese stock market prices.

On 6 April 2001, Yoshiro Mori officially announced that he would be resigning. He was succeeded by Junichiro Koizumi.

He remained a member of the House of Representatives even after his resignation. He represented the Ishikawa 2nd district until 2012.

Yoshiro Mori had a close personal relationship with prominent Russian politician Vladimir Putin. Owing to this, Mori continued to play a key role in Russo-Japanese relations even after his resignation as prime minister.

Yoshiro Mori met with Putin and Sergey Naryshkin in 2013 to prepare for a summit between Putin and Japanese Prime Minister Shinzō Abe.

In June 2005, Yoshiro Mori was made the president of the Japan Rugby Football Union. He tried to secure the 2011 Rugby Union World Cup event for Japan but failed in his attempt.

Yoshiro Mori is married to a woman named Chieko, who studied with him at Waseda University. The couple has two children: a son named Yūki Mori and a daughter called Yoko Fujimoto.

See the events in life of Yoshiro Mori in Chronological Order 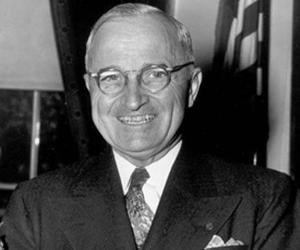 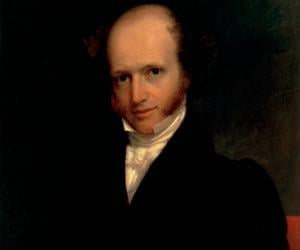