Shinzo Abe was the Prime Minister of Japan from 2006 to 2007 and again from 2012 to 2020. He was the longest-serving Prime Minister in Japanese history. Hailing from a politically influential family, he joined politics at a very early age. Starting his career as the private secretary to the chairperson of the General Council of the ruling Liberal Democratic Party (LDP), he himself was elected as the President of the party and Prime Minister of Japan within two and half decades. He always had a nationalistic approach and worked to rewrite Japan’s history when he was still a junior member of the House of Representatives. When he became the leader of LDP for the second time, the first thing he did was to pay a visit to the Yasukuni Shrine in Tokyo, which is a memorial to the soldiers who died in the World War II. Since many of those dead were later identified as war criminals, it created an international furor. However, Abe was not deterred by that. Instead, he went on to pursue an independent foreign policy and even reinterpreted the post war constitution so as to strengthen the country’s defense system. He resigned on account of poor health on 16 September 2020 and was succeeded by Yoshihide Suga. Hideki Tojo
DID WE MISS SOMEONE?
CLICK HERE AND TELL US
WE'LL MAKE SURE
THEY'RE HERE A.S.A.P
Quick Facts

On 28 August 2020, Shinzo Abe announced his decision to resign due to health issues. His ulcerative colitis relapsed in June 2020 and resulted in deterioration of health. He demitted office on 16 September 2020.

In 1987, Shinzo Abe married Akie Matsuzaki, who later established an organic izakaya in Tokyo. The couple did not have any children. Because of her outspoken view that often contradicts Abe’s ideas Akie is referred as Abe’s domestic opposition.

Shinzo Abe died on 8 July 2022 after being short twice while campaigning for a parliamentary election in the western city of Nara.

The term ‘Abenomics’ is referred to the economic policies promoted by Shinzo Abe after his return to power in 2012.

See the events in life of Shinzō Abe in Chronological Order 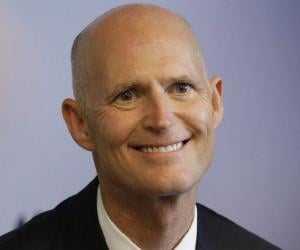