William Howard Taft was the 27th President of the United States who served from 1909 to 1913. A few years after stepping down as the President, he was appointed the Chief Justice of the United States, thus becoming the only person to have presided over both the executive and judicial branches of the United States federal government. He was a Republican with a rich political history and a leader during the Progressive Era which saw widespread social activism and political reform across the United States. Taft was born into a politically powerful family in Ohio; his father, a lawyer had served as the Attorney General and Secretary of War under President Ulysses S. Grant. Following family traditions, William Taft enrolled at the Yale College in New Haven where he proved himself to be a talented and versatile student. Not only was he brilliant at academics, he was also a skilled athlete and a good dancer. He then went on to study law and was admitted to the bar. He found much success as a lawyer and held several high profile positions in the government. President Theodore Roosevelt appointed Taft as Secretary of War in 1904 and in this position he became actively involved in politics. Taft successfully ran for the presidency in 1908 and served one term.

Barack Obama
Presidents #38
Chief Justices #2
Leaders #77
DID WE MISS SOMEONE?
CLICK HERE AND TELL US
WE'LL MAKE SURE
THEY'RE HERE A.S.A.P
Quick Facts

American Celebrities
Chief Justices
American Men
Yale University
Tall Celebrities
Childhood & Early Life
William Howard Taft was born on September 15, 1857, in Ohio to Louisa Torrey and Alphonso Taft. He had five siblings. His father, a prominent Republican of his time, was a lawyer who served as Secretary of War and Attorney General under President Ulysses S. Grant.
He received his primary education from Woodward High School and went on to attend Yale College in New Haven, Connecticut. He was a very good student who excelled in academics and was also active in sports like golf, tennis, and wrestling. He graduated in 1878.
After graduation he went to the Cincinnati Law School, earning a Bachelor of Laws in 1880. Soon he was admitted to the Ohio bar. 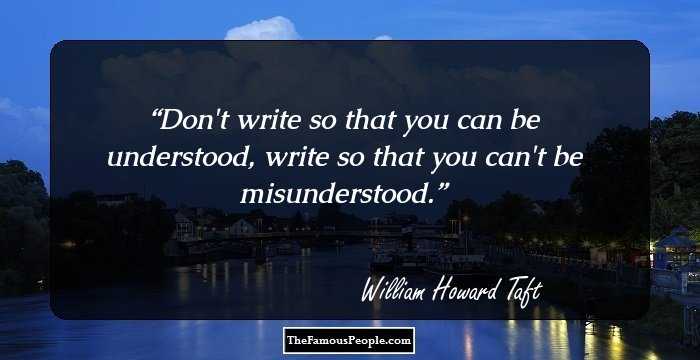 The Hottest Male Celebrities With The Best Abs
Career
William Taft was appointed Assistant Prosecutor of Hamilton County, Ohio, upon his admission to the bar. Over the next few years he steadily rose through the ranks and was appointed a judge of the Superior Court of Cincinnati in 1887.
He was made the Solicitor General of the United States in 1890 by President Benjamin Harrison. Aged just 32 at that time, he was the youngest-ever Solicitor General. From 1892 to 1900 he served as a judge of the United States Sixth Circuit Court of Appeals.
He also served as the first dean and a professor of constitutional law at the University of Cincinnati between 1896 and 1900.
In 1901, Taft was made the Governor-General of the Philippines, the first civilian to serve in this position. In this role he was responsible for overseeing the economic development of the islands. He served in this position till 1904 and proved to be very popular with both Americans and Filipinos.
President Theodore Roosevelt appointed Taft as Secretary of War in 1904. He initiated the Second Occupation of Cuba in September 1906 and established the Provisional Government of Cuba, declaring himself Provisional Governor of Cuba. He was succeeded as Provisional Governor by Charles Edward Magoon in October the same year. He served as the Secretary of War till 1908.
President Roosevelt had already declared that he would not run for reelection in 1908, and he pushed through Taft’s name for the nomination of the Republican ticket for the 1908 US presidential election. Even though Taft was more interested in a Supreme Court appointment than he was in becoming the President, he decided to run for presidency.
Taft faced Democrat William Jennings Bryan in the election and was able to easily defeat him. He was sworn in as the 27th President of the United States on March 4, 1909. His presidency however proved to be a difficult one.
He lacked aggressive leadership qualities like his predecessor Roosevelt. Initially touted to be progressive, he aligned himself with the more conservative members in the Republican Party—a move which angered the progressives. He further earned the wrath of the progressives when he backed the Payne-Aldrich Tariff of 1909, a highly protectionist measure.
He was a supporter of free immigration and supported Booker T. Washington's initiative to uplift African-American citizens. He emphasized on education and entrepreneurship for the blacks and vetoed a congressional law imposing a literacy test on unskilled laborers.
Taft stood for reelection in 1912 and was defeated by Democrat Woodrow Wilson. He stepped down from presidency on March 4, 1913.
After stepping down from presidency, he was appointed the Chancellor Kent Professor of Law and Legal History at Yale Law School. In 1914 he was elected a Fellow of the American Academy of Arts and Sciences and wrote a number of articles and books during this time. During the World War I he served as a co-chairman of the National War Labor Board between 1917 and 1918.
He achieved a long-held dream of his in 1921 when President Warren G. Harding nominated Taft to the position of the Chief Justice of the United States. He proved to be highly successful in this position and was a much respected figure. He served in this role until 1930. 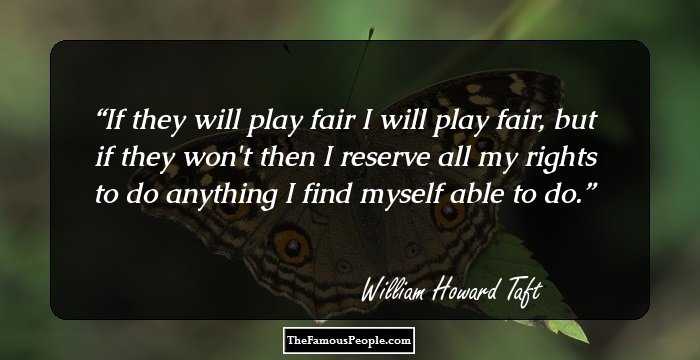 Quotes: Will, I
Major Works
Becoming the Chief Justice of the United States was the lifelong dream of the former president. In this position he traveled to England to study the procedural structure of the English courts and advocated the introduction and passage of the Judiciary Act of 1925 in the United States. The act gave the Supreme Court more control over its docket and allowed the Court to work more efficiently.
Personal Life & Legacy
He married Helen Louise Herron in 1886. The couple had three children. His wife played a prominent role in the progression of his career and was one of his key political advisors.
He was obese and suffered from heart ailments for years prior to his death. His health progressively worsened following his retirement from the Supreme Court on February 3, 1930. William Howard Taft died on March 8, 1930, aged 72. 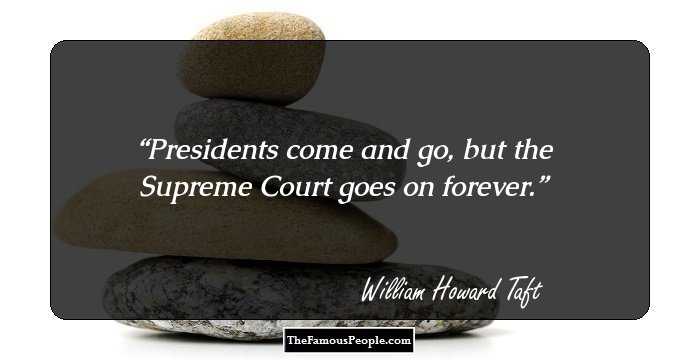