One of the most formidable men the history of UK politics, William Ewart Gladstone was the Prime Minster of United Kingdom four times. Known as the ‘The People's William’, he was a Conservative when he entered politics, but later moved to the liberal party, where he remained till his retirement. A god-fearing person and man of principles, Gladstone brought a wave of reforms in Britain and also freed Ireland by separating its Church from Britain. His intelligence and command over language were two of his several impressive traits which he used to the best of his capacity. The number of reforms that he brought about while in power won him the approval of his countrymen, who elected him more than once. During his fourth term as the PM (at the age of 82), influential journalist William Stead wrote “Mr. Gladstone is old enough to be the grandfather of the younger race of politicians, but his courage, his faith, and his versatility, put the youngest of them to shame.” British People
Political Leaders
British Men
Eton College
The University of Oxford
Childhood & Early Life
William was born to Sir John Gladstone and Anne MacKenzie Robertson. He started his elementary education at a rectory at the St. Thomas's Church at Seaforth in 1816.
Later, he attended the Eton College and went to the Christ Church, Oxford from where he matriculated in 1828.
In December 1831, he received his double first class degree in mathematics and classics. Thereafter, he embarked on a tour to Belgium, France, Germany and Italy. 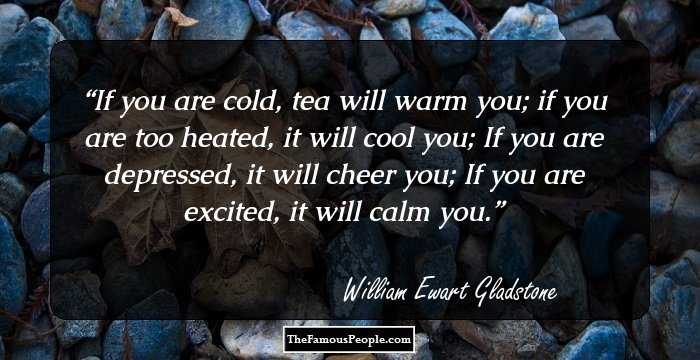 Quotes: You, Will
Continue Reading Below
Career
Following his return, he was elected as a Conservative Member of Parliament for Newark in 1832.
In December 1834, he was made the Junior Lord of the Treasury in Sir Robert Peel's office and later became the Under-Secretary of State for War and the Colonies.
He was appointed the vice-president of the board of trade and in 1843 he moved up to the post of president.
When Lord Palmerston, the Whig leader, assumed office as the Prime Minister in 1859, he made Gladstone the Chancellor of the Exchequer.
He left the Conservative Party to join the Liberals and participated in elections from South Lancashire in 1865 and became the leader of the House of Commons, as well as Chancellor of the Exchequer.
In December 1868, the Conservatives lost in the general elections and Gladstone, who was then the leader of the Liberal Party, became the Prime Minister.
However, in the 1874 General Elections, he lost to the Conservative leader, Benjamin Disraeli.
The next election, held in 1880, proved to be fruitful for the Liberal Party and Gladstone was elected as the Prime Minister for the second time.
The Liberals won the election again in 1886 and he became the Prime Minister for a third term. After his victory, one of his major accomplishments was influencing the parliament to accept the Irish Home Rule.
Continue Reading Below
In the 1892 General Elections, he was elected for one more time, assuming the office of the Prime Minister on 15th August.
He resigned from the office on 2nd March, 1894 at the age of 84 - the oldest Prime Minister in the history of United Kingdom. 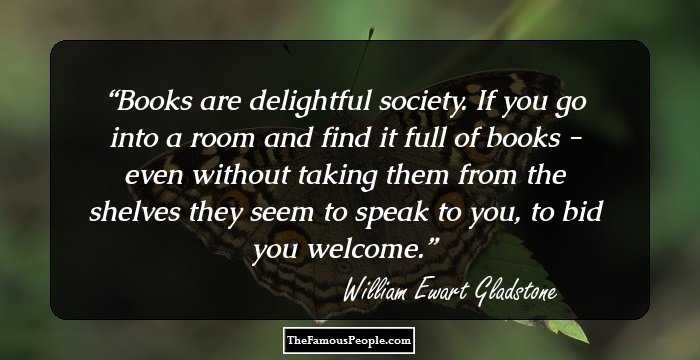 Quotes: You, Books
Major Works
When Prime Minister John Russell retired and Gladstone became the Leader of the Liberals and eventually the Prime Minister, he brought about a number of significant reforms such as disestablishment of the Church of Ireland and implementation of the Forster Education Act in 1870 to provide free elementary education.
In 1883, he passed ‘The Corrupt Practices Act’, which stated the amount of money politicians could spend while campaigning during the elections. This was a major step towards reducing corruption in British politics.
In the Reform Act of 1884, he proposed to allow the working class males to vote just like the ones residing in townships. The proposal was materialized into a law which stated that adult male householders and �10 tenants (another six million men) were allowed to exercise franchise.
Personal Life & Legacy
He married Catherine Glynne on 25th July 1839 and had eight children with her. The couple was married for 59 years, till Gladstone’s death.
He was diagnosed with mouth cancer, which eventually made him weak. He died at the age of 88, owing old age and heart failure.
Gladstone, Queensland, a town in Australia, is named after him and so is Gladstone, a town in Canada. 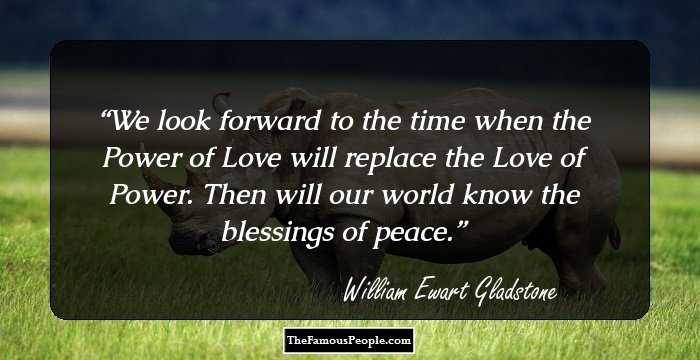 Quotes: Love, Time, Will, Power, Peace
Trivia
This former Prime Minster of the United Kingdom, who served four terms, worked towards the rehabilitation of prostitutes of London. He often walked up to them and motivated them to lead a decent life.