Advanced Search
Tyson Ritter is an American singer, songwriter, musician, actor, and model who is the lead vocalist and bass guitarist of the alternative rock band ‘All-American Rejects’. As part of the band, he has released four studio albums so far: 'The All-American Rejects', 'Move Along', 'When the World Comes Down' and 'Kids in the Street'. His major roles on television include rock musician Oliver Rome on NBC's 'Parenthood', Dane on Amazon Video's 'Betas', Jesus Christ/Humperdoo on the AMC series 'Preacher', and Avery on AMC's 'Lodge 49'. He has also acted in films such as 'The House Bunny', 'Love & Mercy', 'Miss You Already' and 'Gloria Bell'. He revealed in a February 2018 tweet that he was in the process of putting together a record and a band of his own. 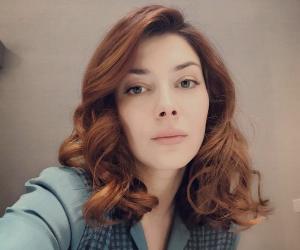 American People
Lyricists & Songwriters
American Men
Oklahoma Musicians
Tall Celebrities
Rise to Stardom
Tyson Ritter initially earned fame as the lead vocalist and bass guitarist of the band ‘All-American Rejects’. The band was formed with his schoolmates Nick Wheeler and Jesse Tabish in Stillwater, Oklahoma, in 1999. He first met the other members after he saw them performing at a party. They needed a bass player, and he decided to volunteer, even though he had never played a bass in his life.
He spent the whole of his Christmas break learning how to play bass properly and joined the band when he felt confident enough. Tabish left the band soon after it was formed, following which new members Mike Kennerty and Chris Gaylor joined. The name 'All-American Rejects' was selected because "It was a random name that sounded cool”. The band subsequently signed to independent Doghouse Records and released their self-titled debut studio album, 'The All-American Rejects', in 2002. Despite mixed reviews, they were able to secure a contract with DreamWorks Records who re-released their first album.
Their second studio album, 'Move Along', was released in 2005 to positive reviews. In 2007, Ritter appeared as himself in the episode 'Fetal Position' of the television series 'House', which was followed by his acting debut as Colby in the film 'The House Bunny' in 2008. However, he became a regular face on television after being cast in the recurring roles of Dane on Amazon Video's 'Betas' and rock musician Oliver Rome on NBC's 'Parenthood', both in 2013. Also on November 5, 2013, he advanced his solo musical career by releasing the song 'Air' on 'Parenthood' to help "ride between the Rejects' next record".
Recommended Lists:

Tall Male Celebrities
Male Singers
Taurus Singers
Male Bassists
Continue Reading Below
Later Career
Tyson Ritter had a small role in the 2014 film 'Love & Mercy' and acted alongside Toni Collette and Drew Barrymore in the 2015 comedy-drama film 'Miss You Already'. He was cast in the lead role of singer Gregg Allman in the unfinished biopic 'Midnight Rider', directed by Randall Miller. His other film credits include 'The Sweet Life', 'Ray Meets Helen', 'Peppermint' and 'Gloria Bell'. On television, following a couple of guest appearances on 'Wicked City' in 2015, he bagged the dual role of Jesus Christ/Humperdoo in the series 'Preacher' in 2017. He also had a recurring role on the comedy-drama series 'Lodge 49' in 2018.
On the music front, he has released two more albums as part of his band: 'When the World Comes Down' (2008), which received generally favorable reviews, and 'Kids in the Street' (2012), which again received positive reviews. They had also signed a deal with major label Interscope Records for their upcoming fifth album, but Ritter announced through his personal Twitter account in February 2018 that they were no longer signed to the label. As of now, they are singed to Epitaph Records.
Recommended Lists:

Male Musicians
Taurus Musicians
American Singers
American Bassists
Family & Personal Life
Tyson Jay Ritter was born on April 24, 1984 in Stillwater, Oklahoma, United States, to Tracy Jean Rains (née Lyons) and Tim Jay Ritter. He has English, German and Irish ancestry. His mother is an employee at Stillwater Public Schools. He has an older brother named Zack S. Ritter and a younger sister named Bailey Ritter, and all the three siblings graduated from Stillwater High School. His brother has a professional degree in dentistry and is an endodontist.
Recommended Lists:

American Musicians
Taurus Rock Singers
American Rock Singers
Male Lyricists & Songwriters
Relationships
According to a Facebook post shared by Tyson Ritter's mother, he went on two dates with Taylor Swift. He began dating model turned actress Kim Smith in 2004. They eventually parted ways in 2008, which he confirmed on his band's official Kyte TV channel on July 11, 2009, when he also sang a song about the his relationship with her. The song 'Gives You Hell' from the album 'When the World Comes Down', released in September 2008, is generally considered by fans to be about their relationship. He began dating Georgian-American actress Elena Satine in 2012. They announced their engagement in April 2013 and were married on New Year's Eve that year. Their country-chic themed beach wedding in Seaside, Florida was attended by about 50 close family members and friends.
Recommended Lists: