Awsten Knight is a rock singer and the lead vocalist and guitarist of the Houston-based band, Waterparks. Along with Knight, the other band members include Otto Wood and Geoff Wigington. Its past members include Gage Matthieu and Owen Marvin. Knight had previously formed a band known as The Blue Poptarts with Otto Wood. Knight and Wigington met through the ex-bassist of the band. Their first release was Black Light with Wigington on lead guitar and Otto Wood on drums. The trio has been working on the band very closely and has received many accolades. They have released many studio albums and singles over the years. The band released an extended play, Black Light, in 2014. Knight has always been serious about his music and does not believe in repetition of content. He has big plans for his band and believes they are heading in the right direction. 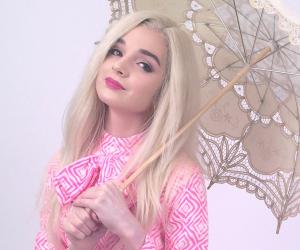 Lisa Cimorelli
Guitarists #1531
Rock Singers #563
Musicians #10026
DID WE MISS SOMEONE?
CLICK HERE AND TELL US
WE'LL MAKE SURE
THEY'RE HERE A.S.A.P
Quick Facts

Awsten Knight formed the band Waterparks along with his team mate Gage Matthieu. The band was formed in 2011 as both Knight and Matthieu were already members of other bands. They had their first show on August 17, 2012, at Warehouse Live in Houston. Knight and his band members performed along with other eminent musicians such as Invent, Animate, DWHB, and Life as Lions.

Awsten Knight performed with his band at local venues throughout Texas in the following years. In 2013, Knight’s band performed as a supporting act for pop musician Aaron Carter on his Houston tour date.

On November 6, 2015, the band got a fillip after it signed with Equal Vision Records. Benji Madden and Joel Madden became their producers. On January, 15, 2016, they released an EP titled Cluster. The album was co-produced by Benji Madden. On November 19, 2015, Knight had the opportunity to perform with Good Charlotte when Knight’s band was performing at The Troubadour in West Hollywood, California. On August 31, 2016, Awsten Knight and the band released a single titled Stupid For You, and on November 4, 2016, their other album Double Dare was released.

Awsten Knight and his band members continued working on their second album Entertainment, which released on January 26, 2018. The album contains 10 tracks, including Peach and Not Warriors.

Awsten Knight was born on January 17, 1992, in Houston, Texas. He was raised in Houston along with his sister Gracie.

He has always been passionate about music and has worked hard for it. He has the habit of showing his work to his family and friends for approval as he dislikes repetition in his work. Knight always carries his guitar with him, and has the habit of writing songs quite frequently. Awsten Knight was in a relationship with Ciara Hannabut; the two of them are now separated. 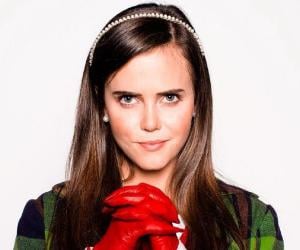