Tommy Chong is a Canadian-American actor, director, writer, musician, comedian, and cannabis rights activist. He is widely recognized for his partnership with fellow comedian and actor Richard ‘Cheech’ Marin. The duo, popularly known as ‘Cheech & Chong,’ became extremely popular for their satires and comedy routines. Chong’s best-known work includes 11 comedy albums with Cheech and several hit films. He also performs stand-up comedy with his wife Shelby Chong. Apart from being a popular stand-up comedian, Tommy Chong is also known for his work as an actor; he has appeared in several television shows and films. Some of his most famous television roles, which came after his split with Cheech, include his portrayal of ‘Leo’ in ‘That ‘70s Show’ and ‘Carl’ in ‘Dharma & Greg.’ Chong’s journey in the field of entertainment has been quite inspirational and interesting. He started his career at a strip-club in Vancouver’s Chinatown before signing with ‘Motown’ as a recording artist. He then went on to establish himself in the American entertainment industry as a popular comedian and actor. Shania Twain
DID WE MISS SOMEONE?
CLICK HERE AND TELL US
WE'LL MAKE SURE
THEY'RE HERE A.S.A.P
Quick Facts 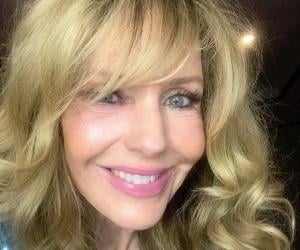 Tommy Chong was born Thomas B. Kin Chong on May 24, 1938, in Edmonton, Alberta, Canada, to Stanley Chong, a Chinese truck motorist, and Lorna Jean, a waitress of Scots-Irish and French ancestry.

When he was still young, his family shifted to Calgary, Alberta.

While studying at ‘Crescent Heights High School,’ he used to play the guitar to earn a few dollars a week. He later dropped out of the school as he was never interested in pursuing academics.

In the early-1960s, he was the guitarist for a group called ‘The Shades.’ The group then moved to Vancouver, British Columbia and changed its name to ‘Little Daddy & the Bachelors.’ It was then renamed ‘Bobby Taylor and the Vancouvers.’ 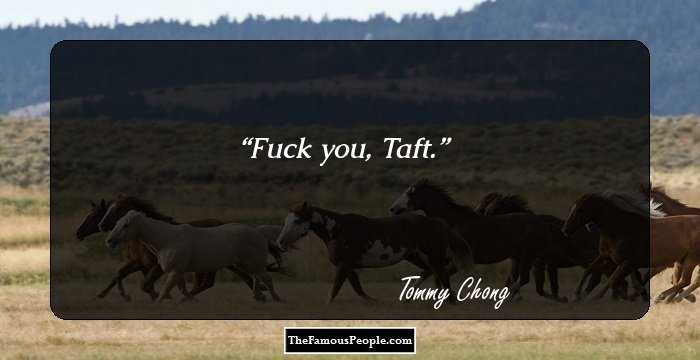 In 1965, the group signed a record deal with ‘Gordy Records’ and recorded their first album. Their debut single ‘Does Your Mama Know About Me’ peaked at 29th position on the ‘Billboard Hot 100.’

The group got divided and Tommy Chong was fired by ‘Motown’ producer Johnny Bristol. After being fired, he decided to form his own improv, stand-up troupe. He joined hands with Richard ‘Cheech’ Marin and formed the famous comedy duo ‘Cheech & Chong,’ which debuted in 1971.

The duo went on to entertain audiences with their indomitable stage presence and superb comic timing. They released their first self-titled comedy album ‘Cheech & Chong.’ The album became one of the greatest hits. The next year, they released their second album ‘Big Bambu.’

From 1973 to 1976, the hilarious duo went on to release more comedy albums, such as ‘Los Cochinos,’ ‘Cheech & Chong’s Wedding Album,’ and ‘Sleeping Beauty.’

In 1980, he released the album ‘Let’s Make a New Dope Deal’ and also appeared in the movie ‘Cheech & Chong’s Next Movie,’ which was his second feature film.

1985 proved to be an extremely depressing year for Chong. He appeared in a movie along with his best friend Cheech and recorded the album ‘Get Out of My Room.’ Unfortunately, this album turned out to be the last release of the comedy duo as Cheech decided to pursue a solo career following the release of the album.

Following his split with Cheech, Chong was seen in the television series ‘Miami Vice’ where he played ‘T.R. "Jumbo" Collins’ in 1986. Four years later, he appeared in the movie ‘Far Out Man.’

In 1997, he played the role of ‘Van Elsinger’ in the television series ‘Sliders.’ He landed his breakthrough television role in the hit American series ‘That ‘70s Show’ where he played the recurring character of ‘Leo Chingkwake’ for a number of seasons.

In 2000, he voiced ‘Chief Running Pinto’ in the popular American series ‘South Park.’ The next year, he starred in the film ‘The Wash.’

From 2003 to 2007, he appeared in a number of films, such as ‘Best Buds,’ ‘Evil Bong,’ and ‘American Drug War: The Last White Hope.’ During this time, he also appeared in the television series ‘George Lopez.’

From 2008 to 2011, he was seen in a number of popular television shows, such as ‘Code Monkeys,’ ‘MADtv,’ ‘WWE Raw,’ ‘The Simpsons,’ and ‘Franklin and Bash.’ It was during this time that he reunited with Cheech Marin for a ‘South Park’ episode, and the two began touring together.

He joined hands with Cheech for a comedy, animated movie titled ‘Cheech & Chong’s Animated Movie,’ which released in 2013. The movie features some of their best comedy moments.

Soon after, the duo released several shorts, featuring their gigs. He then voiced ‘Yax’ in the movie ‘Zootopia.’ He also appeared in movies, such as ‘It’s Gawd!,’ ‘The Peach Panther,’ ‘Color out of Space,’ and ‘Jay and Silent Bob Reboot.’

Chong made several guest appearances in various comedy shows between 2013 and 2019. These include ‘Satisfaction,’ ‘Uncle Grandpa,’ ‘Disjointed,’ ‘The Masked Singer,’ and ‘A Year in Music.’

‘Cheech and Chong,’ the self-titled album which released in 1971, is considered one of Chong’s greatest achievements. The album became extremely popular, which was unexpected, as it was the first album by the comic duo. It peaked at the 28th position on the ‘Billboard 200’ and was nominated for ‘Best Comedy Recording’ at the ‘Grammy Awards.’

The duo’s second album ‘Big Bambu’ released in 1972. Like its predecessor, the album became extremely popular. It received positive reviews from ‘Rolling Stone’ and was deemed one of the most ‘cleverly done’ albums. This album was also nominated for ‘Best Comedy Recording’ at the 15th ‘Grammy Awards.’

He was honored with the ‘High Times Lifetime Achievement Award’ in 2013.

Personal Life & Legacy
He married Maxine Sneed in 1960 and had two daughters with her; Robbi and Rae Dawn. The couple split in 1970.

He married Shelby Fiddis in 1975 and the couple has three children; Paris, Gilbran, and Precious. Apart from his biological children, he also adopted Marcus Chong, who grew up to become a prominent actor.

He is a marijuana advocate and cannabis rights activist.

He was found guilty of selling drug kits, mostly bongs, through the promotion of ‘Nice Dreams Enterprises,’ a company that was run by his son Paris. His wife Shelby and son Paris were also indicted, but Chong agreed to plead guilty if the court lets go of his wife and son.

In 2006, he wrote a book titled ‘The I Chong: Meditations from the Joint’ about his time in jail.

This famous Canadian-American stand-up comedian and actor was considered to play the role of ‘Shenzi’ in ‘The Lion King.’ However, the part eventually went to Whoopi Goldberg.

See the events in life of Tommy Chong in Chronological Order 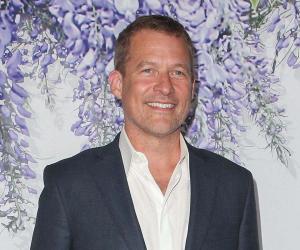