Thein Stein is the current President of Myanmar; he is in the office since March 2011. He is the first civilian president of Burma since it became a military dictatorship and is known for his efforts to instill democracy into Burma. A center-right, reformist leader, he implemented a series of political reforms including some deregulations of the country’s hitherto censored media upon assuming power. He also gained much popularity for his action of releasing more than 6,300 political prisoners who were sentenced by the military dictatorship. An important political figure in Burma long before he became the president, Sein had also served as the Prime Minister for one term. Born into a poor peasant family, he did not have an easy childhood. However, he imbibed the qualities of determination and hard work from his parents who also ensured that the young Thein received a good education. After completing his studies he embarked on a military career and rose steadily through the ranks in his career, which spanned four decades. Later on, he entered politics and was made the acting Prime Minister when the incumbent Prime Minister Soe Win fell ill, and eventually succeeded him after his death. He then formed his own political party and ran successfully for presidency, and proceeded to form the country’s first civilian government in nearly 50 years. 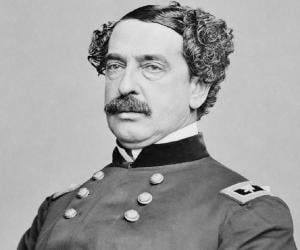 Burmese People
Prime Ministers
Military Leaders
Male Leaders
Taurus Leaders
Childhood & Early Life
He was born on 20 April 1945 in Kyonku, a small village in British Burma (now Myanmar). His family was a poor one and his father, Maung Phyo and mother, Khin Nyunt, were landless farmers. He has two elder siblings.
In spite of being poor, his parents instilled in their son an interest for education and taught him the value of hard work and determination. He grew up watching his father weave bamboo mats and work on the riverside docks while his mother augmented the family’s meager income by working in a tea-shop.
Sein attended the prestigious Defence Services Academy, graduating in 1968 with a Bachelor of Arts degree.
Continue Reading Below
You May Like

The Hottest Male Celebrities With The Best Abs
Career
He became a second lieutenant shortly after his graduation and advanced steadily through the ranks over the years. . In 1988, he served as a major for Sagaing Division's 55th Light Infantry Division and later served as a commander for Sagaing Division's 89th Infantry Battalion in Kalay Township.
In 1989, he completed a training course at the Command and General Staff College in Kalaw, Shan State, and commanded various army units around the country in the following years.
He was promoted to the rank of colonel and 1st Grade General Staff Officer in the War Office, a position he served in from 1992 to 1995. Thereafter he was promoted to Brigadier General even as he held his position at the War Office, thus marking the first time a Brigadier General was promoted to General Staff Officer.
In 1996 he was appointed to lead the new Triangle Regional Military Command in Kyaingtong, Shan State, serving in this role for four years from 1997 to 2001 .
Then he was back at the War Office as adjutant general of the army. He joined the State Peace and Development Council (SPDC), the ruling military regime in Myanmar at the time.
By 2003 he had become the second secretary of the SPDC, and the following year, he became first secretary.
In 2007, he was made the acting Prime Minister when the incumbent Prime Minister Soe Win was undergoing cancer treatment. Later on he was formally elected to be Win’s successor.
Soe Win died on 12 October 2007 and a few days later, Thein Sein assumed office as the Prime Minister on 24 October 2007. After becoming the Prime Minister he was promoted to the rank of General from Lieutenant General.
As Prime Minister, he carried out some high-level negotiations with Laos, Vietnam and Cambodia. He also led the National Disaster Preparedness Central Committee as chairman in the aftermath of Cyclone Nargis though he was criticized for the inefficiency of relief efforts—the administration handled the relief works very poorly and some 138,000 people died in the disaster.
In 2010, Thein Sein resigned from the military along with 22 other military officials, to lead the Union Solidarity and Development Party as a civilian as it contested seats in multiparty parliamentary elections held in November.
His party dominated the elections and won the overwhelming majority of seats in the Pyidaungsu Hluttaw (Myanmar Parliament). During the election he ran against National Unity Party candidate Kyaw Aye and won a staggering 91.2% of the votes.
In February 2011, he was elected by the Pyidaungsu Hluttaw's Presidential Electoral College as the next president of Myanmar and was sworn in on 30 March 2011 alongside the two vice presidents, Tin Aung Myint Oo and Sai Mauk Kham, thus becoming the country's first non-interim civilian president in 49 years.
Under his administration, several political and social reforms have been implemented. The restrictions on press have been relaxed, several political prisoners have been released, and many pro-democratic reforms have been executed. Due to his progressive reforms he has become a well-known leader of state not only in the East Asia, but throughout the world.
Major Works
He has cautiously moved on the path of political reforms after assuming the presidency. His government has freed hundreds of prisoners, including political detainees, embarked on peace deals with ethnic minority groups and relaxed media censorship.
Personal Life & Legacy
He is married to Khin Khin Win with whom he has three daughters.
Recommended Lists:
Leaders #3618
You May Like

See the events in life of Thein Sein in Chronological Order 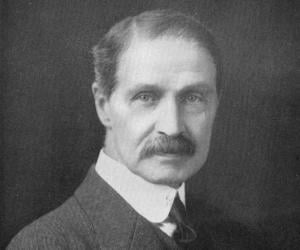