Edmund Hillary
Continue Reading Below
DID WE MISS SOMEONE?
CLICK HERE AND TELL US
WE'LL MAKE SURE
THEY'RE HERE A.S.A.P
Quick Facts

Indian Celebrities
Nepalese Celebrities
Indian Mountaineers
Nepalese Mountaineers
Gemini Men
Childhood & Early Life
The exact facts about Tenzing Norgay’s birth and early life are unclear. It is generally believed that he was born as Namgyal Wangdi in May 1914 in Tengboche, Khumbu in northeastern Nepal to Ghang La Mingma, a yak herder, and his wife, Dokmo Kinzom. He was one of the 13 children born to his parents.
His exact date of birth is not known. But since he accomplished his historic ascent of Everest on 29 May, he decided to celebrate his birthday on that day thereafter.
His birth name was changed to “Tenzing Norgay” on the advice of the head lama, Ngawang Tenzin Norbu.
He was adventurous from a young age and ran away from his home twice as a teenager. He eventually settled in the Sherpa community in Too Song Bhusti in Darjeeling. 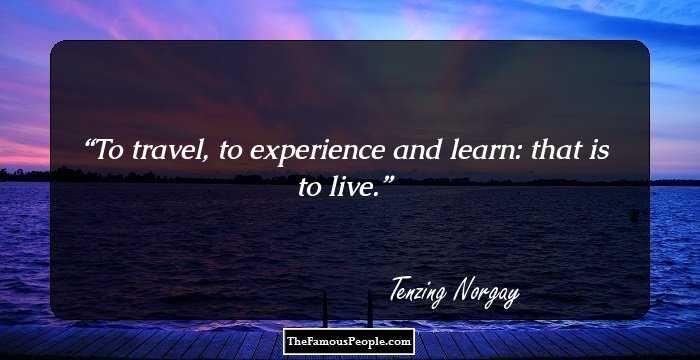 Who Is The Most Popular BTS Member?
Career
Tenzing Norgay started working as a porter and was employed by Eric Shipton to accompany him on the reconnaissance expedition in 1935. He was just 20 years old at that time and this was his first chance to join an Everest expedition.
Over the next few years he took part in many other expeditions. He joined three British attempts to climb Everest as a high-altitude porter in the 1930s. He also worked with John Morris on the 1936 expedition and was also a part of other climbs all over the Indian subcontinent.
He went to Darjeeling during the partition of India in 1947 and took part in an unsuccessful summit attempt of Everest the same year. It was a very fruitful year for him and he participated in several expeditions and climbed Kedarnath peak in the western Garhwal.
In 1950 and 1951, he had been a part of a US and British reconnaissance expeditions. He took part in two Swiss expeditions led by Edouard Wyss-Dunant and Gabriel Chevalley respectively in 1952.
Along with Raymond Lambert, he was able to reach a height of about 8,595 metres (28,199 ft) on the southeast ridge during the Swiss expedition in 1952, setting a new record. This expedition was an emotional one and he forged a lifelong friendship with Lambert and other members of the expedition.
In 1953 he joined John Hunt's expedition to Everest. The expedition was a meticulously planned one, with over 400 people and 10,000 lbs of baggage. On the morning of 29 May, he along with his climbing partner, Edmund Hillary, reached the summit, creating history.
Tenzing Norgay became a hero following the achievement of this feat and was catapulted to international fame. An unassuming and simple man, he found it difficult to adjust to this sudden adulation though he managed gracefully.
Later on, he became the first Field Director of the newly-established Himalayan Mountaineering Institute, a post that he held for 22 years.
In 1978, he founded Tenzing Norgay Adventures a company providing trekking adventures in the Himalayas.
Continue Reading Below
Major Works
Tenzing Norgay, along with mountaineer Edmund Hillary, became the first person to set foot on the summit of Mount Everest on 29 May 1953. Several mountaineers on previous expeditions had attempted the feat unsuccessfully, and thus he became a celebrity for having successfully accomplished this tremendous feat.
Awards & Achievements
The Himalayan Club awarded Tenzing Norgay its Tiger Medal for high-altitude work in 1938.
King Tribhuvan of Nepal presented him with the Order of the Star of Nepal, 1st Class (Supradipta-Manyabara-Nepal-Tara) in 1953.
He received the Padma Bhushan, the third highest civilian award of India from the Government of India in 1959.
He was also the recipient of the Special Olympic medal and Hubbard Medal of the National Geographic Society.
Personal Life & Legacy
His first marriage was to Dawa Phuti, a Sherpa girl living in Darjeeling, when he was 19. This marriage produced three children. His wife unfortunately died in 1944.
He tied the knot for the second time with Ang Lahmu, another Sherpa girl, a year after his first wife’s death. Ang, who was a cousin of Dawa Phuti, became a foster-mother to his children from his first marriage. His second wife died in 1964.
His third marriage was to Daku. She bore him three sons and one daughter.
Tenzing Norgay died of a cerebral hemorrhage on 9 May 1986, in Darjeeling, India, at the age of 71
You May Like

See the events in life of Tenzing Norgay in Chronological Order 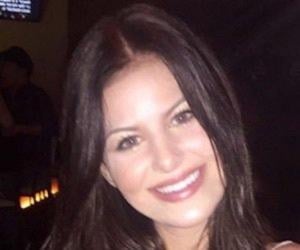