Advanced Search
George Mallory was an English mountaineer who was part of the first three British expeditions to Mount Everest in the early 1920s. A teacher by profession, he also fought during the First World War, and eventually gave in to his passion for climbing. He joined the first British Mount Everest Reconnaissance Expedition in 1921, led by Charles Howard-Bury, during which Mallory became the de-facto lead climber. He participated in the mountaineering expedition to Everest the next year, and also became part of the team two years later during the second attempt to achieve the first ascent. Unfortunately, he and his climbing partner Andrew 'Sandy' Irvine disappeared on the North-East ridge of the summit. After his body was found 75 years later, injuries on his body suggested that he fell from a much lower height than he was known to have climbed earlier, indicating that he was descending during the fall. Circumstantial evidences on his corpse also suggested that he may have reached the summit, even though there is no conclusive proof. He is fondly remembered for uttering "the most famous three words in mountaineering" when asked why he wanted to climb Mount Everest: "Because it's there". Edmund Hillary
DID WE MISS SOMEONE?
CLICK HERE AND TELL US
WE'LL MAKE SURE
THEY'RE HERE A.S.A.P
Quick Facts

British Celebrities
British Mountaineers
Gemini Men
Childhood & Early Life
George Herbert Leigh Mallory was born on June 18, 1886, in Mobberley, Cheshire, England, to clergyman Herbert Leigh Mallory and Annie Beridge. He grew up in a 10-bedroom house on Hobcroft Lane in Mobberley with his sisters Mary and Annie Victoria, and younger brother Trafford, who became a senior commander in Royal Air Force and served during WW2.
Mallory was first enrolled into a preparatory school in West Kirby, from where he was transferred to Glengorse, a boarding school in Eastbourne, in 1896. At 13, he earned a scholarship in mathematics to Winchester College, where he first trained in rock climbing and mountaineering under R.L.G. Irving.
In 1905, he joined a history course at Magdalene College, Cambridge, where he befriended a host of notable future writers from the Bloomsbury Group. Following a short visit to France, he became a teacher at Charterhouse, where he taught Robert Graves, whom he had encouraged to write poetry.
Continue Reading Below
Army Service
George Mallory, who believed that international disputes should be resolved via diplomacy, was shocked after First World War broke out. But despite his recent marriage, he wanted to contribute as a war correspondent like his friends. Ignoring protests from Frank Fletcher, the head of Charterhouse, Mallory joined the Royal Garrison Artillery as a second lieutenant in December 2015.
He was sent to France in May 1916 where he fought at the Battle of the Somme, but was forced to return to England for an emergency ankle operation in May 1917. He later returned to the Western Front in September 1918 and joined 515 Siege Battery RGA near Arras.
Climbing
George Mallory's 1910 attempt to climb Mont Vélan in the Alps had failed due to his altitude sickness. However, guided by Irving, he climbed Mont Blanc and the Frontier ridge of Mont Maudit in 1911. Within a couple of years, he climbed the Pillar Mountain in the English Lake District, one of the hardest routes in Britain, without any assistance, following which it became known as 'Mallory's Route'.
He had returned to Charterhouse following WW1, but resigned from there and joined the initial 1921 British Reconnaissance Expedition organized and financed by the Mount Everest Committee. Along with his climbing partner Guy Bullock, he helped in creating the first accurate maps of the region and explored future approaches to the peak with E. O. Wheeler of the Survey of India.
With the help of Sherpas, he led his team of climbers to several lower peaks near Everest, and explored for the first time the Western Cwm and charted the course of the Rongbuk Glacier. In 1922, he joined the party led by Brigadier-General Charles Bruce and mountaineer Edward Strutt, during which he achieved a record altitude of 8,225m by using bottled oxygen.
He made a second attempt in a party led by George Finch, which climbed 8,321m using bottled oxygen for both climbing and sleeping. He next organized another expedition during the monsoon season, which was eventually abandoned after an avalanche killed seven Sherpas, following which he was severely criticized for poor judgment.
Final Expedition
In 1924, George Mallory joined the British Mount Everest expedition led by General Charles Bruce, and along with him, he made the first summit attempt which was aborted at Camp 5 after many porters abandoned the camp. The second attempt, made by Edward Norton and Howard Somervell, achieved a new record of reaching 8,570m without oxygen.
Mallory and his climbing partner Andrew Irvine set out on their final and fateful summit attempt from Advanced Base Camp (ABC) at 6,500m on June 4, 1924. They reached the base of the North Col in two-and-a-half hours and began using oxygen.
They set off to climb Camp 5 on June 6th and reached Camp 6 on June 7th, at which point Mallory had noted using only one-third of one bottle of oxygen. Expedition member Noel Odell, who moved up in a supporting role on June 8th, had spotted the pair climbing a prominent rock-step, most likely either the First or Second Step.
However, except for Odell's account, no evidences found during the later expeditions confirm that Mallory had successfully climbed higher than the First Step. An empty oxygen cylinder was found shortly below the First Step, and Irvine's ice axe was recovered from a nearby location in 1933.
Neither Mallory nor Irvine ever returned to camp, and they are thought to have died on June 8th or 9th. Mallory's body was found 75 years later in 1999 by the Mallory and Irvine Research Expedition.
Family & Personal Life
George Mallory met and became friends with a female climber named Cottie Sanders in Zermatt, Switzerland, in 1909. There is a lot of speculation about the nature of their relationship. She wrote an unpublished memoir of him following his death, which became the basis for his later biographies.
During his time at Charterhouse, Mallory met his future wife Ruth Turner at a dinner held by Arthur Clutton-Brock in 1913. On her architect father Hugh Thackeray Turner's invitation, he later spent a family holiday together with her and her sisters in Venice, during which their romance developed.
The couple became engaged in April 1914 and got married on 29 July 1914, following which they travelled to Porlock in Somerset for their honeymoon. They settled down in Godalming and had three children together; daughters Frances Clare and Beridge Ruth, and son John.
When the news of Mallory and Irvine's disappearance broke, they were hailed as national heroes and a memorial service was held for them in London at St Paul's Cathedral on October 17, 1924. Two high peaks in California's Sierra Nevada were named Mount Mallory and Mount Irvine in their honor, and a court was named after Mallory at his alma mater, Magdalene College, Cambridge.
Trivia
George Mallory enjoyed taking risks ever since he was a child, and often climbed poles and rooftops, apart from mountains. He once climbed on a big rock on the seashore during low tide to experience being stranded on an island. He had to be rescued when the high tide came.

See the events in life of George Mallory in Chronological Order 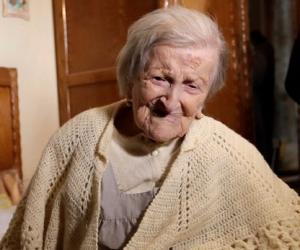