Edmund Hillary was a New Zealand mountaineer who along with Tenzing Norgay created history when they became the first climbers to reach the summit of Mount Everest on 29 May 1953 as a part of a British expedition to Everest led by John Hunt. Later on he participated in expeditions to the South Pole and became one of the first to scale Mt. Herschel in the Antarctic expedition of 1967. Hillary’s interest in mountain climbing dated back to his high school days when he went to Mount Ruapehu in New Zealand's Tangariro National Park on a school trip. He became fascinated with the adventures mountaineering promised and made his first major climb aged 20 when he scaled Mount Ollivier, in the Southern Alps. Throughout his college days he remained active in the outdoor clubs and harbored the ambition of climbing the world’s highest peak, the Mount Everest one day. He became a prominent mountaineer in his own country when he successfully climbed New Zealand's highest peak. Following this he joined a New Zealand party to the central Himalayas and this strengthened his resolve to climb the world’s highest peak. An acclaimed mountaineer by now, he was selected for a British expedition to the Mount Everest in 1953 and created history by becoming one of the first human beings to reach the summit of the hitherto insurmountable peak. Robert Falcon S...
20th July In History
DID WE MISS SOMEONE?
CLICK HERE AND TELL US
WE'LL MAKE SURE
THEY'RE HERE A.S.A.P
Quick Facts

New Zealander Celebrities
Mountaineers
New Zealand Men
New Zealander Mountaineers
Cancer Men
Childhood & Early Life
Edmund Hillary was born on 20 July 1919 to Percival Augustus Hillary and Gertrude Hillary in Auckland, New Zealand. His father was a beekeeper.
He received his primary education from Tuakau Primary School and Auckland Grammar School. As a young boy he was very shy and loved to read books.
He developed an interest in mountaineering as a teenager when he went on a school trip to Mount Ruapehu. On this trip he realized that he was physically stronger than many of his tramping companions and also learned that he had great endurance.
He studied mathematics and science at the Auckland University College while actively pursuing his interest in mountaineering. He completed his first major climb in 1939 by scaling the summit of Mount Ollivier in the Southern Alps. 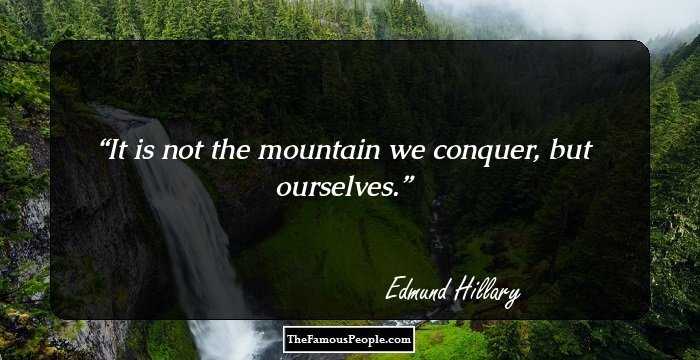 Continue Reading Below
Later Life
After completing his education he became a beekeeper like his father. The World War II broke out in 1939. Initially Hillary chose not to serve in the war because of his pacifist beliefs, but eventually he joined the Royal New Zealand Air Force and served for a while.
He resumed mountain climbing once the war was over. He joined Harry Ayres and Mick Sullivan on their expedition to Mount Cook, New Zealand’s highest peak, and reached the peak on 30 January 1948. This achievement earned him considerable national fame.
He joined a New Zealand party to the central Himalayas in 1951. By now he had set his eyes on the world’s highest peak, Mount Everest and participated in a British reconnaissance expedition of the southern flank of Everest led by Eric Shipton. Even though the expedition was not successful in scaling Mount Everest, it gave Hillary valuable experience in traversing the inhospitable terrains.
In 1952, he was invited by the Joint Himalayan Committee for the approved British 1953 attempt which he excitedly accepted. John Hunt was named the leader for this expedition. Hillary was teamed up with Nepalese Sherpa mountaineer Tenzing Norgay for the assault.
The Hunt expedition consisted of over 400 people including 362 porters and 20 Sherpa guides, and 10,000 lbs of baggage. They set up base camp in March 1953 and made their way up over the next few months before finally setting up their final camp at the South Col.
Two members of the expedition, Bourdillon and Evans, attempted the final climb on 26 May but turned back when Evans' oxygen system failed. Then Hunt asked Hillary and Tenzing to go for the summit.
The duo set off on 28 May with the support trio of Lowe, Alfred Gregory and Ang Nyima. The following day Hillary and Tenzing created history by becoming the first human beings to scale the summit of the 29,029-foot peak.
Edmund Hillary and Tenzing both received heroes’ welcome when they returned from the expedition and earned considerable international acclaim. With his fondest wish fulfilled, he continued exploring the Himalayan region and climbed several other peaks in the ensuing years.
In January 1958, he reached the South Pole as part of the Commonwealth Trans-Antarctic Expedition, for which he led the New Zealand section. The expedition was the first one to reach the pole using motor vehicles.
Continue Reading Below
He went on an expedition to Antarctica in 1967 where he scaled Mount Herschel, becoming one of the first people to do so.
In 1977, he led the first jet boat expedition, ‘Ocean to Sky’, up the Ganges River, starting from its mouth to its source in the Himalayas. He also served as the commentator abroad several Antarctic sightseeing flights operated by Air New Zealand between 1977 and 1979.
He served as New Zealand’s high commissioner to India, Nepal, and Bangladesh from 1985 to 1988. 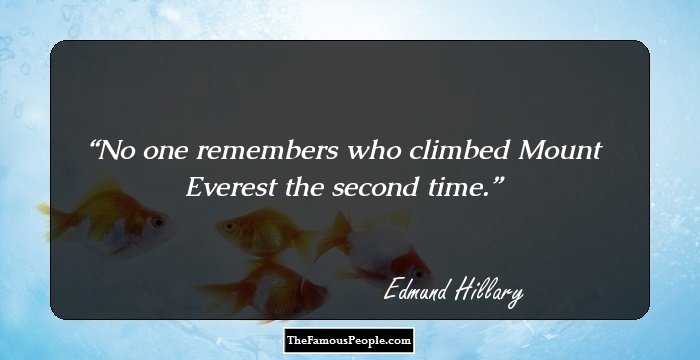 Quotes: Time
Major Works
Edmund Hillary, along with Tenzing Norgay, created history on 29 May 1953 when they successfully reached the summit of Mount Everest as part of the ninth British expedition to Everest. Several other mountaineers had attempted the feat in the previous years without any success, and their feat of scaling the hitherto insurmountable peak made them international heroes.
Awards & Achievements
Edmund Hillary was appointed Knight Commander of the Order of the British Empire in June 1953.
In June 2004, Hillary was awarded Commander's Cross of the Order of Merit of the Republic of Poland.
In 2008, the Government of India conferred on him its second highest civilian award, the Padma Vibhushan, posthumously. 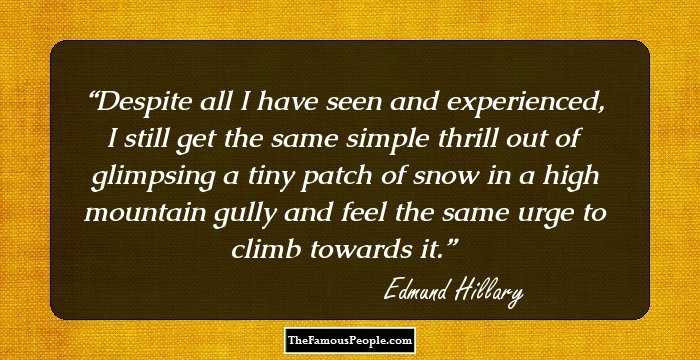 Philanthropic Works
Following his successful ascent of Everest, Hillary became deeply committed to helping the Sherpa people of Nepal. He founded the Himalayan Trust in 1960 through which he built many schools and hospitals in the Himalayan region.
He served as the Honorary President of the American Himalayan Foundation, a United States non-profit body that works for the improvement of the living conditions in the Himalayas.
Personal Life & Legacy
Edmund Hillary married Louise Mary Rose in 1953 soon after the ascent of Everest. The couple had three children. His wife and youngest daughter were unfortunately killed in a plane crash in 1975.
Years later, he married June Mulgrew, the widow of his close friend Peter Mulgrew.
Hillary died of heart failure on 11 January 2008, aged 88. A state funeral was held for him on 22 January.
In January 2008, Lukla Airport, in Lukla, Nepal, was renamed to Tenzing-Hillary Airport in honor of Sir Edmund and Sherpa Tenzing Norgay.
Hillary Montes, the second-highest mountain range on Pluto, is named in honor of Edmund Hillary.

Quotes By Edmund Hillary | Quote Of The Day | Top 100 Quotes

See the events in life of Edmund Hillary in Chronological Order 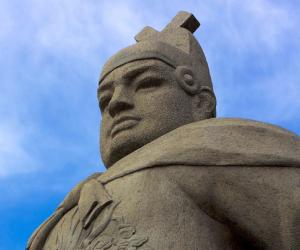