Telli Swift is an US-based Filipino model, entrepreneur, reality television star and 'fempowerist' who is engaged to professional boxer and WBC heavyweight champion Deontay Wilder. She was a cast on the reality television show 'WAGS Atlanta' which first went on air in January 2018 on the E! channel. In November 2018, she was one of the celebrities to appear on the reality TV-movie 'Stars Strike 4 Funds', which raised funds and awareness for Autism Care Today, Boo2Bullying, and Autism Works Now. She helped set up the Boxing WAG Association which raises funds for service providers and non-profit organizations to support children and families. As an entrepreneur, she launched an app to help women empower themselves and others. She previously worked as a model and as a nurse. Filipino People
Filipino Women
Female Models
Aquarius Models
Filipino Models
Rise to Stardom
Telli Swift, who has been working as a model since she was a child, went on to feature on magazines and advertisement campaigns during her youth. During this time, she also appeared as a contestant at various beauty pageants. She had worked as an XXotic Angels model for some time. However, she moved to Los Angeles, California to pursue a career as an ER nurse. She then began working as a nurse at the plastic surgery recovery department and the trauma unit in Beverly Hills. Unfortunately, her nursing career suffered after she became a mother in her early twenties as she had to shift focus to her family. She attracted the attention of the media after she began dating boxer Deontay Wilder in 2015. While she has appeared in the media from time to time for supporting her fiancé, she gained wider exposure after she became a cast on the E! Network reality television show 'WAGS Atlanta' in 2018.
You May Like

Filipino Female Models
Female Reality TV Stars
Filipino Reality TV Personalities
Women Film & Theater Personalities
Continue Reading Below
Family & Personal Life
Telli Swift was born as Shuntel Swift on January 24, 1987 in Zambales, Philippines to Vivian Crawford and Reginald Swift. She has a brother named Reginald Jr. Being born into a military family, she had to travel around the world throughout her childhood, but was mostly raised in Yokosuka, Japan. She appeared in advertisement campaigns as a child model since the age of three and later her mother encouraged her to participate in beauty pageants as well. She is an exceptional cook and is proud of her reputation for southern hospitality.
Recommended Lists:

Filipino Film & Theater Personalities
Filipino Women Film & Theater Personalities
Aquarius Women
Relationships
Telli Swift first became involved in a romantic relationship when she was only a teenager. She got married to her boyfriend at the age of 19 and soon after gave birth to her first child, a son named Kerron, in 2007. Unfortunately, her relationship with her first husband, whose identity has not been revealed, ended within a few years.
She later met champion boxer Deontay Wilder at the Los Angeles airport in 2015. Wilder was at the time married to his first wife Jessica Scales-Wilder, whom he had married back in 2009. However, as his romance with Swift progressed, he separated from his first wife and later divorced her in 2017. The same year, Swift and Wilder announced that they were expecting a baby and later hosted a party to reveal the sex of their first child. She gave birth to daughter Kaorii Lee Wilder on March 7, 2018. The couple often shares pictures with their baby daughter on their Instagram feeds.
In early 2018, Wilder proposed to Telli Swift on the set of her reality television show 'WAGS Atlanta' with a huge diamond ring. She previously told 'People' magazine in January that she intends to marry Wilder. Her fiancé has four children from his previous marriage: daughters Naieya and Ava, and sons Deontay Jr and Dereon. His eldest child Naieya, who suffers from congenital defect spina bifida, has been an inspiration for him.
Controversies & Scandals
In early 2018, Telli Swift mentioned an incident in her blog revealing that she and her friend were stopped by a store security guard and were accused of stealing a handbag in the parking area of the store, in front of the public. Also adding that she was eight-and-a-half months pregnant at the time, she claimed that they were the victims of racism in being accused of shoplifting.
She recently became involved in a controversy during her fiancé Wilder's super fight against Tyson Fury on December 1st, 2018. Before the fight, she had confirmed to 'TMZ Sports' that her partner's claims that his preparation for fights included intercourse was true, which was unlike most other boxers who tend to save energy before fight. After the bout ended in a draw, she shared a picture from the fight on her Instagram, which showed Wilder's opponent knocked down to the ground, and questioned "So this is what a draw looks like?" She also went on to blame politics for the decision; however, most fans disagreed with her view. 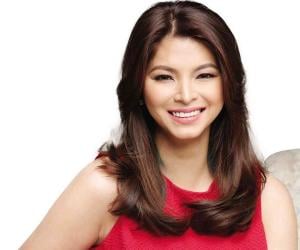 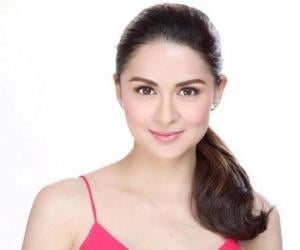