Subutai was an Uriankhai general who served under both the legendary Mongol leader, Genghis Khan, and his son and successor, Ogedei Khan. Also known as Subutai the Valiant, he was the primary strategist for the Mongol army that was famous for being extremely powerful and formidable in its era. He was entrusted with leading numerous challenging expeditions in Asia and Europe, and is credited to have conquered more territory than any other commander in history. Born as the son of a blacksmith, he hailed from a tribe called the Uriangkhai that was known for specializing in fur-trading and blacksmithing. Despite not being a Mongol himself, Subutai somehow managed to enter the Mongol army where he made a name for himself with his astuteness and administrative capabilities. As part of the Mongol army, he directed over 20 campaigns over the course of which he conquered 32 nations. He is believed to have won around 65 pitched battles. Some of the most difficult campaigns he participated in were against the sophisticated armies of Hungary and Poland. Despite the European armies putting up fierce resistance, Subutai succeeded in beating them by employing his strategic war tactics. He took part in his last campaigns in the 1240s, following which he retired to live a quiet life. Olusegun Obasanjo
Military Leaders #103
Leaders #321
DID WE MISS SOMEONE?
CLICK HERE AND TELL US
WE'LL MAKE SURE
THEY'RE HERE A.S.A.P
Quick Facts

Mongolian People
Mongolian Leaders
Mongolian Military Leaders
Childhood & Early Life
According to historical sources, Subutai was probably born in the year 1175/76 in present-day Mongolia. His father’s name was Jarchigudai and he is believed to have been a blacksmith. He hailed from the Uriankhai clan, a forest-dwelling tribe also known as the “reindeer people”.
Historians claim that Subutai’s great-great grandfather, Nerbi, was an ally of the Mongol Khan Tumbina Sechen, and as a result the families had been associated for many generations.
His father is believed to have supplied food to Temujin (future Genghis Khan) and his followers when they were in a difficult situation. One of Subutai’s brothers Jelme was a general in the Mongol army.
An interesting anecdote about Subutai is given in the ‘History of Yuan’. Once when his father was herding sheep, he was attacked by a gang of fierce robbers. Subutai and one of his brothers came to their father’s rescue and killed a few of the robbers. The rest of the gang ran away in fear, and thus the brave brothers were able to save their father.
Most historians are of the belief that the Mongol Empire was a meritocracy and that is why despite being the son of a blacksmith Subutai could find a place in the Mongol army.
Continue Reading Below
You May Like

Famous Beautiful Women With Green Eyes
Early Military Career
As a 14-year-old, Subutai left his family to join the Mongol army under Genghis Khan. His elder brother Jelme was already serving in the army at the time. Young Subutai proved himself to be a very able military man and rose through the ranks quickly.
Within a decade of joining, he was promoted to a general and was given the command of one of the four tumens operating in the vanguard. Genghis Khan realized early on that Subutai had the potential to be a formidable army general and gave him numerous opportunities to develop his war tactics. Several other brilliant Mongol leaders also mentored the young man.
As a 22-year-old, he was given his first independent command in a war against the Merkits, one of Genghis Khan's most hated enemies. Subutai employed unorthodox methods to convince the enemies to lower their guard and then attacked them at an unexpected moment, successfully capturing two of their generals.
Central Asian Campaigns
Impressed by Subutai’s performance, Genghis Khan made him a general. Khan sent Subutai to fight the Merkits and their allies, the Cuman-Kipchak confederation in mid-1210s.
Displaying his usual courage, Subutai successfully defeated the enemy forces along the Chu River and in the Wild Kipchaq territory. He also fought off Mohammad II of Khwarizm who attacked the Mongol army along the Irghiz.
The Mongol army, with around 70,000 men, was far stronger than Mohammad II’s forces. With Subutai as its commander, the Mongols easily overpowered their enemy’s army. Mohammad II tried to flee, but he fell ill and died in early 1221.
Over the next few years, the Mongols went on to defeat the Alans and Don Kipchaqs. Subutai also destroyed a Rus army during this campaign. However, his raid into Volga Bulgar territory was not a victorious one.
Campaigns against Xia & Jin
Subutai continued to play a major role in the Mongol campaigns in the 1220s. He was pivotal in the Mongol victory against Xia in 1226 and conquered the Jin districts along the upper Wei River the following year.
By this time, Genghis Khan had died and the kingdom had passed on to his son Ogedei. Subutai continued to serve under the new ruler. After facing defeat in their initial plan of conquering the plains of Honan, the Mongols besieged and captured Fengxiang.
In the ensuing years, the Mongols under the able guidance of Subutai were able to clinch decisive victories at Sanfeng (1232), Yangyi (1232), and T’ieh’ling (1232). Following these campaigns, Ogedei returned to Mongolia, leaving behind Subutai with a small army to complete the rest of the conquest.
Subutai faced a lot of challenges in completing the conquest by himself and made an alliance with Song for help. However, the Mongols had a fallout with the Song army soon after. The Mongols persisted and were eventually able to ward off the Song army from the regions they had conquered.
The Battle of Mohi
The Battle of Mohi is considered to be the most challenging battle in Subutai’s career. It was fought between the Mongol Empire and the Kingdom of Hungary in 1241. The Mongols had been consistently invading several parts of Europe starting from the 1220s. After having won the Battle of Legnica against Poland, the Mongols decided to attack Hungary.
The Battle of Mohi began during the night of April 10, 1241. It started at the southwest side of the Sajo River. This battle turned out to be a deadly one for Hungary. Almost half of the country’s cities lay in ruins following the Mongolian attack. This devastation of Hungary by the Mongols set off waves of deep fear across the rest of Europe.
According to historians, around 15-25 percent of the Hungarian population had been annihilated, especially in lowland areas that comprised the Great Hungarian Plain and the regions in in southern Transylvania.
There has been speculations among modern historians that the Mongols probably used firearms and gunpowder in the Battle of Mohi. The Mongols have been credited by Professor Kenneth Warren Chase for introducing gunpowder and its associated firearms into Europe.
Family & Personal Life
Subutai had numerous wives, including Tangzi Khatun, Zainshi Khatun, Tenzii Khatun, and Yangdai Khatun. He fathered several children. Some of his sons were Tsenzai Tengziin of China, Tangzei Khan, Wengzi, Ulanqatai and Uriyangkhadai.
After taking part in his last campaign, he retired to his home near the Tuul River in 1248. He died soon after, at the age of 72/73.
You May Like

See the events in life of Subutai in Chronological Order 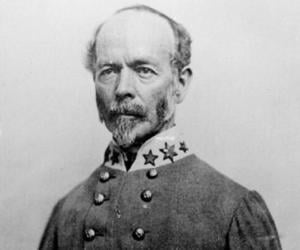