Étienne Mallarmé, commonly known as Stéphane Mallarmé, was an eminent French poet and critic. He was one of the four major French poets, along with Charles Baudelaire, Paul Verlaine, and Arthur Rimbaud, who belonged to the latter half of the nineteenth century and led the famous Symbolist art movement. Several avant-garde artistic schools of the early twentieth century like Cubism, Futurism, Dadaism, and Surrealism were directly inspired by his symbolist work. Having lost his family members one after the other very early in life, he developed a yearning to escape from the harsh realities of the world that had treated him so unkindly. Although he began his career as a school teacher and continued teaching till 1893, he took up a parallel career in writing poetry to get away from the cruel world of reality and to search for security in an ideal world. Some of his famous works are ‘L’Aprés Midi D’un Faun’, ‘Hérodiade’ and ‘Toast Funèbre’. Although he was a celebrated poet throughout his life, much of his work remained unintelligible because of their complex sentence structure and vague lingo. Nevertheless, he remains one of the best writers of the latter half of the nineteenth century, making it a brilliant phase in French literature.
Continue Reading Below French People
French Men
Male Poets
Pisces Poets
Male Writers
Childhood & Early Life
Stéphane Mallarmé was born on 18 March 1842, in Paris, to Numa Mallarmé and Elisabeth Desmolins. His father was a civil servant.
He could not benefit from the comfort and protection of a family life for long. His mother expired in August 1847, followed by his younger sister Maria in 1857, and finally in 1863, he lost his father. In school, he had a very normal and rather unremarkable tenure.
Continue Reading Below
You May Like

Famous Beautiful Women With Green Eyes
Career
From 1862 to 1863, Stéphane Mallarmé stayed in London to learn English for teaching. After obtaining a certificate from London that entitled him to teach English, he became a school teacher. He taught initially at Tournon for three years, followed by Besançon for a year, Avignon for another four years and finally, at different schools in Paris.
He was not a gifted teacher and disliked his profession. However, he was in financial need and hence, continued teaching. In order to better his situation, he took up several part-time activities like editing a magazine in 1874, writing a school textbook in 1877, and translating a textbook in 1880.
From 1862, alongside teaching, he took up a parallel career in writing poetry and began contributing to magazines. His early poems were influenced by Charles Baudelaire. He was preoccupied with the theme of reality and its relationship with the ideal world. This is mirrored in two of his remarkable poems ‘Hérodiade’ and ‘L’Après-midi d’un faune’.
Apart from his works, from 1880 onwards he was famous for hosting the Tuesday evening meetings of intellectuals in his apartment on the Rue de Rome in Paris. These meetings were fervently attended by leading musicians, authors and writers like André Gide, Paul Valéry, Oscar Wilde, Paul Verlaine, Rainer Maria Rilke, and W.B. Yeats, painters like Renoir, Monet, Degas, Redon, and Whistler, and sculptors like Rodin.
Eager to escape from the teaching profession, he took a premature retirement on health grounds in November 1893. By then, he had become well known and was one of France's greatest living poets.
His retirement allowed him to spend more time at his cottage at Valvins, a village on the banks of the upper Seine near Fontainebleau. There, he spent his time putting his theories into practice in his ‘Grand Oeuvre’ (‘Great Work’), or ‘Le Livre’ (‘The Book’). However, because of his sudden death, the work remained unfinished.
Major Works
Mallarmé’s work is often considered difficult and obscure. Some of his famous works are ‘Les Mots anglais’ (1878), ‘Les Dieux antiques’ (1879), ‘Poésies’ (1887), ‘Hérodiade’ (1896), ‘Divagations’ (1897), and ‘Toast Funèbre’ (A Funeral Toast), written in memory of the author Théopile Gautier.
‘L’Aprés Midi D’un Faun’ (The Afternoon of a Faun - 1876) is one of his most well-known poems.
An example of his later works is the experimental poem ‘Un Coup de Dés’ (1914), which was published posthumously. It explored the relationship between content and form; and between text and the arrangement of words and spaces on the page.
Personal Life & Legacy
Stéphane Mallarmé married Maria Christina Gerhard on 10 August 1863. They had two children: a daughter named Geneviève Mallarmé, and a son named Anatole.
He did not enjoy being a teacher. However, his financial situation was difficult especially after marriage and the birth of his children. Hence, he kept working.
In October 1879, his son, Anatole, died after suffering from a six-month long illness.
Stéphane Mallarmé died all of a sudden on 9 September 1898, at the age of fifty-six, in Valvins (present-day Vulaines-sur-Seine).
Trivia
After 1880, Mallarmé became the core member of a group of French writers including Andre Gide, Paul Valéry and Marcel Proust. He named this group ‘The Decadents’ based on their bohemian lifestyle. Along with Baudelaire and Valéry, he later came to be known as the leaders of the Symbolist movement in poetry.
Recommended Lists:
Critics & Connoisseurs #68
You May Like

See the events in life of Stéphane Mallarmé in Chronological Order 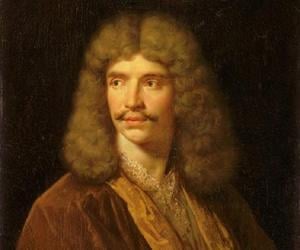