Stevie Wonder is an American musician, singer, and songwriter. He is considered to be one of the most creative musical performers of the 20th century. Blind from birth, he was a child prodigy, and became a skilled musician by the age of 8. After signing a contract with ‘Motown’ label, he was renamed ‘Little Stevie Wonder’ and made his recording debut at the age of twelve. Subsequently, he emerged as an able artist with his hit single ‘Fingertips.’ His passionate delivery of the pounding single ‘Uptight (Everything’s Alright)’ confirmed the arrival of a compelling performer. In the following years, Wonder had numerous hits and several chartbusters, including ‘I Was Made to Love Her’ and ‘For Once in My Life.’ In the 1970s, his albums produced a steady stream of classic hits, such as ‘Superstition,’ ‘You Are the Sunshine of My Life,’ ‘Living for the City,’ ‘I Wish,’ and ‘Sir Duke.’ The 1980s, saw Wonder scoring his biggest hits. During this phase, he attained an unprecedented level of fame which led to increased album sales, high-profile collaborations, and television appearances. Throughout his career, Wonder has recorded many critically acclaimed albums and hit singles. He has twenty-five ‘Grammy Awards’ to his name —the most ever by a solo artist. He is counted among the best-selling artists of all time.

American People
African American Singers
Pop Singers
Jazz Singers
Soul Singers
Childhood & Early Life
Stevie Wonder was born Stevland Hardaway Judkins on May 13, 1950, in Saginaw, Michigan, USA, to Calvin Judkins and Lula Mae Hardaway. He was the third of six children born in the family. He was born six weeks premature, which caused retinopathy of prematurity (ROP) which in turn caused vision loss.
From an early age, he started playing musical instruments, and later formed a singing partnership with a friend. The duo, who called themselves ‘Stevie and John,’ played on street corners, and occasionally at parties.

At the age of eleven, Wonder sang his own composition titled ‘Lonely Boy’ to musician Ronnie White, co-founder of the musical group ‘The Miracles.’ Soon, he was signed to Motown's ‘Tamla’ label, and was given the name ‘Little Stevie Wonder.’

In 1962, the popular song ‘I Call It Pretty Music, But the Old People Call It the Blues’ was released as his debut single. The following year, his album ‘Recorded Live: The 12 Year Old Genius’ was released. The album included the single ‘Fingertips’ which went on to become a major hit.
In the mid-1960s, Wonder came up with a number of other hits, such as ‘With a Child's Heart’ and ‘Blowin' in the Wind.’ Between 1968 and 1970, he managed to score several hits, including ‘I Was Made to Love Her,’ ‘For Once in My Life,’ and ‘Signed, Sealed, Delivered I'm Yours.’ 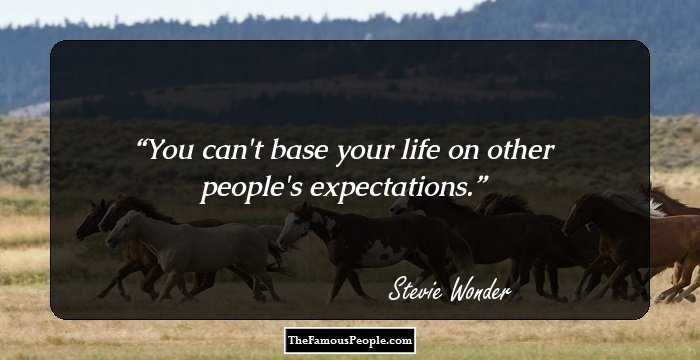 Lyricists & Songwriters
Rhythm & Blues Singers
American Men
Michigan Musicians
Career
In 1970, Wonder collaborated with his wife Syreeta, and together they worked on his next album ‘Where I’m Coming From.’ The album became a moderate success upon its release the following year.
In March 1972, his album ‘Music of My Mind’ was released. The album marked the beginning of Wonder’s ‘classic period.’ The same year, he also released the album ‘Talking Book’ which featured hits, such as ‘Superstition’ and ‘You Are the Sunshine of My Life.’
In the following years, he came up with several blockbuster albums, such as ‘Innervisions’ (1973), ‘Fulfillingness' First Finale’ (1974), ‘Songs in the Key of Life’ (1976), and ‘Stevie Wonder's Journey Through The Secret Life of Plants’ (1979). With the success of these albums, Wonder became the most acclaimed black musician by the end of the 1970s.
During the 1980s, he reached the peak of his fame with the release of albums, such as ‘Hotter Than July’ (1980) and ‘Stevie Wonder's Original Musiquarium’ (1982).
In 1984, he recorded the soundtrack album for the movie ‘The Woman in Red’ which featured the Oscar-winning song ‘I Just Called to Say I Love You.’
In 1987, he released his album ‘Characters’ which was followed by the soundtrack album for the 1991 movie ‘Jungle Fever.’
In 1995, his album ‘Conversation Peace’ was released. It consisted of hits, such as ‘For Your Love’ and ‘Tomorrow Robins Will Sing.’

In the new millennium, he came up with the album ‘A Time to Love’ in 2005. In the subsequent years, he toured North America, and also performed on several occasions, including the ‘Obama Inaugural Celebration’ in 2009.

In 2016, he recorded a soundtrack featuring American singer Ariana Grande for the animated musical ‘Sing.’ 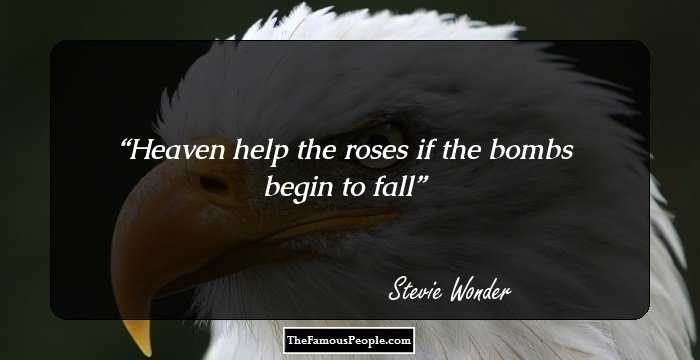 Tall Celebrities
Tall Male Celebrities
Male Singers
Taurus Singers
Major Works
Among Wonder's major works are singles ‘Superstition,’ ‘Sir Duke,’ ‘You Are the Sunshine of My Life,’ and ‘I Just Called to Say I Love You.’ In his long and illustrious career, he has produced many chartbuster albums, including ‘Innervisions,’ ‘Songs in the Key of Life,’ and ‘Hotter than July.’
Recommended Lists:

Male Musicians
Taurus Musicians
American Singers
Male Pop Singers
Awards & Achievements
Stevie Wonder has won 25 ‘Grammy Awards’ in his career.
In 1983, he was inducted into the ‘Songwriters Hall of Fame.’
In 1984, he won an ‘Academy Award’ for ‘Best Song’ for ‘I Just Called to Say I Love You’ from the movie ‘The Woman in Red.’
In 1989, he was inducted into the ‘Rock and Roll Hall of Fame.’
In 1996, he received the ‘Grammy Lifetime Achievement Award.’
In 1999, he was awarded the ‘Polar Music Prize’ and ‘Kennedy Center Honors.’
In 2002, he was honored with the ‘Sammy Cahn Lifetime Achievement Award’ by the ‘Songwriters Hall of Fame.’
Continue Reading Below
In 2004, he was honored with the ‘Billboard Century Award.’
In 2006, he received the ‘Lifetime Achievement Award’ from the ‘National Civil Rights Museum’ in Memphis. The same year, he was inducted into the ‘Michigan Walk of Fame.’
In 2009, he was named the ‘United Nations Messenger of Peace.’
In 2014, he became a recipient of the ‘Presidential Medal of Freedom.’
In 2016, a portion of a street in the city of Detroit was renamed after him as ‘Stevie Wonder Avenue.’ Also, he was presented with an honorary key to the city. 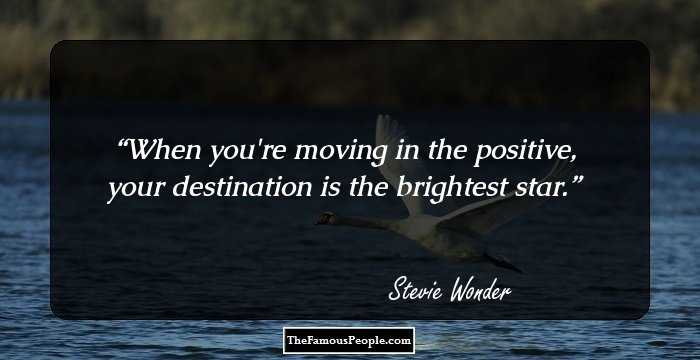 Taurus Pop Singers
American Musicians
American Pop Singers
American Jazz Singers
Personal Life & Legacy
In 1970, Stevie Wonder married Syreeta Wright, a singer-songwriter and frequent collaborator. Two years later, they got divorced amicably.
Wonder met Yolanda Simmons when she applied for the post of his secretary for his publishing company. In 1975, Simmons gave birth to their daughter, Aisha Morris.
In 2001, he entered into wedlock with Kai Millard Morris, a fashion designer. The couple was blessed with two sons, namely Kailand and Mandla Kadjay Carl Stevland Morris. In 2009, they got separated and Wonder filed for divorce in August 2012.
Wonder was involved in an affair with Tomeeka Robyn Bracy. In 2014, Bracy gave birth to their second child, Nia, who is the ninth child of Wonder.
Recommended Lists:

Quotes By Stevie Wonder | Quote Of The Day | Top 100 Quotes

See the events in life of Stevie Wonder in Chronological Order