Shemar Moore is an American actor and former model. Blessed with smoking hot looks, Moore is undoubtedly one of the sexiest men to have graced the American television. There is more to Shemar than just being another handsome bloke; he is an award-winning actor who received critical acclaim for playing ‘Malcolm Winters’ in the television series ‘The Young and the Restless.’ Born from an interracial marriage, Moore was brought up by his parents who taught him the value of hard work, determination, and honesty. Born to a white mother and black father, he considers himself lucky to have been able to get the best of both sides, including his good looks. Confident about his looks and skills, he became a catalogue model and was active in his college’s stage productions. Subsequently, he decided to try his hand at professional modeling and acting. Despite his good looks and skills, Shemar Moore was not able to land roles initially. In fact, he was almost broke when he auditioned for a role in ‘The Young and the Restless.’ Fortunately, he landed a role in the show, which helped him launch his career. A successful career in television encouraged the actor to venture into the film industry where he went on to establish himself as a prominent voice actor. Shemar Moore was born Shemar Franklin Moore on 20 April 1970, in Oakland, California, USA, to Sherrod Moore and Marilyn Wilson. While his mother is of Irish and French-Canadian origin, his father is an African American. His parents got married at a time when interracial marriages were not common.

His mother is a highly educated and strong-minded woman who instilled in her son deep values like honesty, hard work, and respect for all. As a young child, he traveled all over the world with his mother after his parents separated.

Being biracial, he claims he received the best from both races. He was exposed to various cultures around the world, which helped shape his character and personality.

He attended ‘Gunn High School’ in Palo Alto and later went to the ‘Santa Clara University’ where he majored in communications with a minor in theater arts.

He was an athletic youngster who played baseball in college. He was a pitcher and outfielder and dreamed of playing professional baseball. However, an injury put an end to this dream. 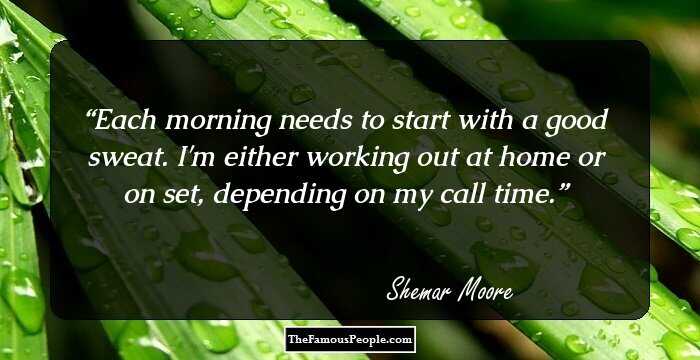 While in college, he began modeling to earn some money. His modeling stint coupled with his college theater experience motivated him to try his hand at a professional modeling and acting career. So he moved to New York City to pursue his dream.

Initially, he struggled to make ends meet in New York as he could not land many modeling or acting assignments. He worked as a waiter at a coffee shop during the nights, while he tried to get modeling jobs during the day.

He once got a chance to appear in an advertisement for a shaving cream in ‘GQ’ magazine. Interestingly, the first choice model for the ad was not available and Shemar was chosen only because he resembled the original model.

His appearance in the advertisement gave him the much needed exposure. Soon, he was invited to audition for roles in television shows. He hired an acting coach named Steven Anderson to learn the nuances of acting.

He was almost broke when he auditioned for the part of ‘Malcolm Winters’ for the television series ‘The Young and the Restless’ in 1994. The competition was huge; there were 368 other actors auditioning for the same role.

He landed the role and appeared in the first episode in May 1994. His character ‘Malcolm Winters’ became synonymous with Shemar and proved to be his launch pad into the world of television.

He remained with the show for eight years, before leaving the show in 2002. His portrayal of ‘Winters’ was much appreciated and he won several awards for his performance. He returned to the show in 2004, playing a recurring role.

He played an honest police detective in the television drama series ‘Birds of Prey’ in 2002. The show had a great start but the ratings fell with time. The show was canceled after 13 episodes.

In 2005, he was selected to play ‘Derek Morgan,’ a supervisory special agent, in the police procedural television program ‘Criminal Minds.’ He appeared in the show from 2005 to 2017, and was seen in 252 episodes. 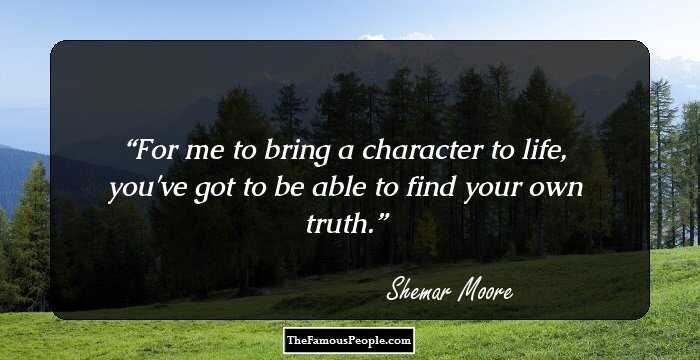 His portrayal of ‘Malcolm Winters’ in the series ‘The Young and the Restless’ made him a household name in the United States. This role established him as an actor and earned him great reviews and awards.

He is also famous for playing 'Derek Morgan' in 'Criminal Minds.' His performance in the show earned him critical applause and an 'Image Award' for 'Outstanding Actor in a Drama Series.' 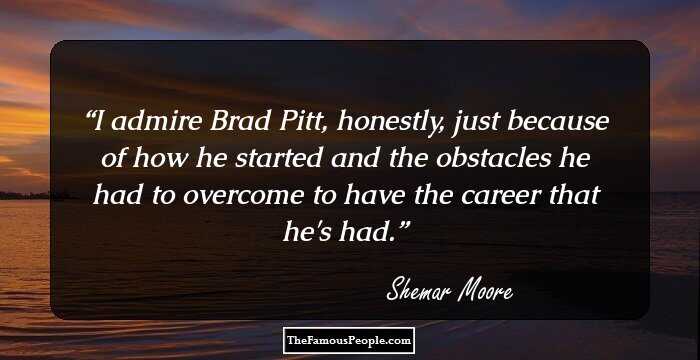 Shemar Moore is yet to get married. From 2014 to 2015, he dated soccer player Shawna Gordon. In 2018, he dated actress Anabelle Acosta.

He is very close to his mother who suffers from multiple sclerosis (MS). He appears in charity events to raise money for MS research.

His first name ‘Shemar’ was derived from the first three letters of his parents’ names; Sherrod (father) and Marilyn (mother).

Quotes By Shemar Moore | Quote Of The Day | Top 100 Quotes

See the events in life of Shemar Moore in Chronological Order