Toni Michele Braxton is a six times Grammy winning American R&B singer, songwriter, pianist, musician, actress, television celebrity, record producer and humanitarian. She has released a total of six studio albums until now and has sold over 66 million records worldwide, which has made her an R&B idol. She is sometimes called with the name of ‘Queen of R&B’ as she is one of the best selling female artists of the 1990s. She released her self-titled album in 1993 and topped the musical charts and continued to gain enormous success with her second album ‘Secrets’ as well. But her musical career has faced many ups and downs as after her second album, Braxton got into a legal battle with her recording company. She returned back in the early ‘2000s with her new album, a reality television show and a show in Las Vegas. But a few years later, she announced her departure from the music industry as she said that her heart is not in it anymore and she would still continue to perform but will not cut albums anymore but in 2014 she came back to the music scene with long-time collaborator Babyface and released a duet album entitled Love, Marriage & Divorce. American People
Actresses
Lyricists & Songwriters
Reality TV Personalities
Rhythm & Blues Singers
Childhood & Early Life
Toni Braxton was born on October 7, 1967 in Severn, Maryland, to Michael and Evelyn Braxton. Her father was a minister, which is why she was brought up in a very strict religious environment.
Braxton and her four sisters started singing from a young age at their father’s church. They were not allowed to engage with the popular culture but they were permitted to listen to singers like, Stevie Wonder and Chaka Khan.
She took part in local talent shows and upon finishing her high school she decided to become a music teacher. She joined the Bowie State University but left it midway as songwriter Bill Pettaway convinced her to sing professionally. 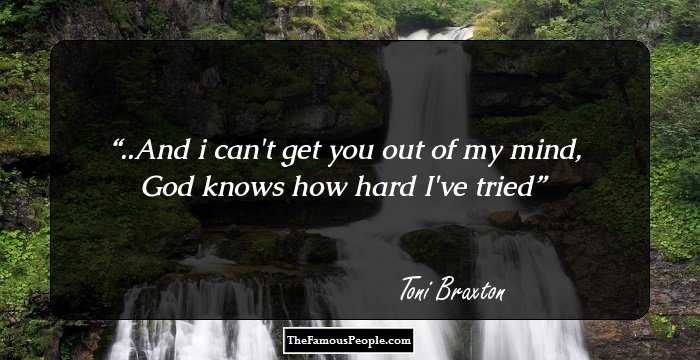 American Women
Maryland Actresses
Maryland Musicians
Libra Singers
Career
Braxton signed a contract with Arista Records and ‘The Braxtons’ released their first single ‘The Good Life’ in 1990. It was not a great hit but got her a deal with LaFace Records.
The year 1992 marked the beginning of Braxton’s prolific career as she was asked to replace Anita Baker and sing for Eddie Murphy’s movie ‘Boomerang’. She gained her first hit single, ‘Love Shoulda Brought You Home’.
This led to the release of her debut, ‘Toni Braxton’ in 1993. It had hits like ‘Breathe Again’, ‘You Mean the World to Me’ and ‘Another Love Song’; the record went on to sell more than 8 million copies.
She released ‘Secrets’ in 1996, which included the single ‘Un-Break My Heart’ and the hit ‘You Make Me High’. She won two Grammys for the album: for best female R&B vocal performance and best female R&B pop vocal performance.
After such a huge success, a third album was expected from Braxton but she got into a contractual feud with Arista Records as she did not get enough cut from her record sales. She filed for bankruptcy in 1998.
Braxton turned to acting in that year and became the first black actress to play ‘Belle’ in a Broadway production of ‘Beauty and the Beast’. It included a song written especially for her, which became a huge hit.
After three years of legal battle, Braxton released her third album, ‘The Heat’ in 2000. This album did not have themes of heartbreak and instead featured her as bold. It included hit singles like, ‘Just Be a Man About it’, etc.
Her fourth studio album, ‘More Than a Woman’ came out in 2002 and immediately after that she signed with Blackground Records and released her fifth album, ‘Libra (2005)’ with them.
‘Pulse’, her sixth album, was released in 2010. After this she decided to stop cutting albums and instead worked on other entertainment projects, like her own show in Vegas ‘Toni Braxton: Revealed’ and brief appearance on ‘Dancing with the Stars’.
Continue Reading Below
In 2011, Braxton featured on the WE tv reality series, ‘Braxton Family Values’, which looked into the interpersonal relationships of each Braxton family member. It followed Braxton and her sisters as they pursue their respective careers in show business.
She released her latest album ‘Love, Marriage & Divorce’ along with her long-time collaborator Babyface in 2014.
She released a memoir titled ‘Unbreak My Heart: A Memoir’ through Harper Collins in 2014. 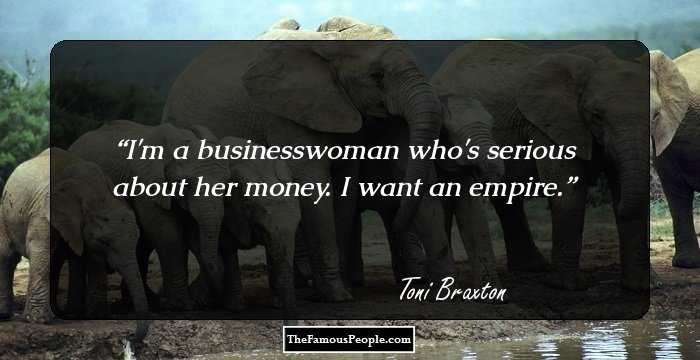 Women Singers
Women Pianists
Libra Musicians
Libra Actresses
Major Works
The most prominent work of Braxton’s career is undoubtedly her single, ‘Un-break My Heart’ from ‘Secrets (1996)’. The song reached No.1 on the Billboard Hot 100 and stayed there for 11 weeks; it also won her a Grammy Award.
Recommended Lists: 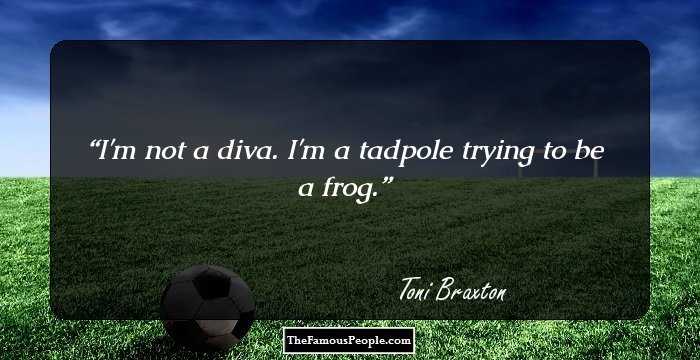 American Actresses
Actresses Who Are In Their 50s
American Women Singers
American Female Pianists
Personal Life & Legacy
Braxton got married to musician Keri Lewis in 2001. The couple had two sons together: Denim Cole Braxton-Lewis and Diezel Ky Braxton-Lewis. Braxton and Lewis separated in 2009 after staying together for more than 8 years.
In 2008, Braxton was diagnosed with microvascular angina and a few years later she found out that she has systemic lupus erythematosus (SLE), a very serious autoimmune disease.
Recommended Lists:

American Female Musicians
Female Reality TV Stars
Female Rhythm & Blues Singers
Women Lyricists & Songwriters
Trivia
It was rumored in 2007 that Braxton was diagnosed with breast cancer but the rumor was false.
Her younger son, Diezel, has autism, which is how Braxton became very involved with the organization ‘Autism Speaks’. She is their International Spokesperson.
She is famous for the legendary high splits in her dresses.
She featured in the film ‘The Oogieloves in the Big Balloon Adventure’ in 2012. She played the role of a singer, a character which is said to have been inspired by Mariah Carey.
She is the first black woman to have ever starred in a Disney musical Broadway.
Recommended Lists:

Quotes By Toni Braxton | Quote Of The Day | Top 100 Quotes

See the events in life of Toni Braxton in Chronological Order