(Only African-American Woman To Win Oscar for Best Actress)

Halle Berry is an American actor, best known for her performance in ‘Monster's Ball.’ She was a fashion model and had participated in several beauty contests before becoming an actor. The daughter of an English-German mother and an African American father, her mixed ancestry explains her unconventional beauty. Confident of her good looks from a young age, she began taking part in beauty contests and won the ‘Miss Teen All-American Pageant.’ She became a model after being chosen as the first runner-up in the ‘Miss U.S.A. Pageant.’ She started her acting career with a role in the television series ‘Living Dolls’ before making her transition to films. She was offered a minor role in Spike Lee’s film ‘Jungle Fever.’ Subsequently, she won the hearts of many with her dedication and commitment towards her work. She became known as an artist who puts her heart and soul into whatever she does. Her hard work and devotion helped her reach superstardom, a status that had evaded female actors of African American origin. Her role in the film ‘Monster’s Ball’ won her an ‘Academy Award’ for ‘Best Actress’ in a leading role and made her the first woman of African American descent to win the award. American People
African American Women
African American Actress
Actresses
American Women
Childhood & Early Life
Halle Berry was born on August 14, 1966, in Cleveland, Ohio, USA, to Judith Ann, a psychiatric nurse, and Jerome Jesse Berry, a hospital attendant. She is of mixed ancestry—her mother was of English and German origin, while her father was an African American. She has an elder sister.
Her father abandoned the family when Halle was very young and she was raised by her mother in a predominantly white neighborhood. She had to face racism while growing up.
She attended ‘Bedford High School’ before enrolling at ‘Cuyahoga Community College’ to study broadcast journalism. As a student, she was very active in extra-curricular activities and also served as the head cheerleader and class president.
As a teenager, she participated in several beauty pageants and won the ‘Miss Teen All American’ in 1985 and ‘Miss Ohio USA’ in 1986.
She was adjudged the first runner-up in the ‘Miss USA’ pageant in 1986. This success inspired her to quit her studies and pursue a career as a fashion model. 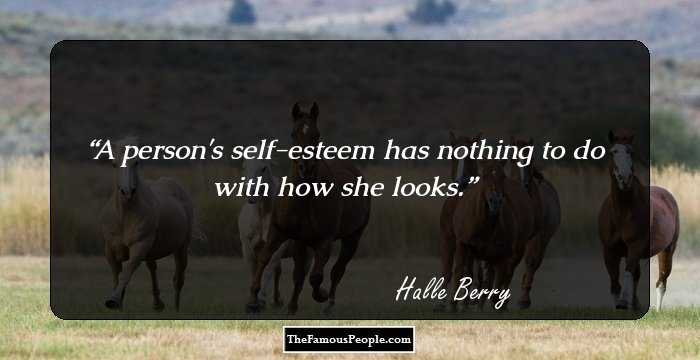 She moved to New York City to pursue a career in acting in 1989. She struggled a lot initially and even had to live in a homeless shelter for a short while. She was offered a role in the television series ‘Living Dolls.’ Unfortunately, ‘ABC’ network canceled the series after twelve episodes.

She made her film debut in 1991, when she played a minor role in Spike Lee’s ‘Jungle Fever.’ In the movie, she played a drug addict named ‘Vivian,’ and her acting skills got her noticed.

She played the title role in ‘Alex Haley’s Queen,’ a television miniseries that was aired in three installments in February 1993, on ‘CBS.’ She played a strong-minded biracial woman in the series for which she was greatly appreciated.

In 1995, she played drug addict ‘Khaila Richards’ in ‘Losing Isaiah.’ The movie revolves around a cocaine-addicted woman who abandons her infant only to engage in a long custodial battle later on.

She was chosen to play ‘Dorothy Dandridge’ in Martha Coolidge’s television film ‘Introducing Dorothy Dandridge’ in 1999. In the movie, she portrayed the first black woman to be nominated for the ‘Academy Award’ for ‘Best Actress.’ This role won Halle several awards.
In the 2000 superhero film ‘X-Men,’ Halle played ‘Storm,’ who can manipulate the weather. The film was a critical as well as a commercial hit.

She received her breakthrough role in 2001, when she was cast to play ‘Leticia Musgrove’ in the romantic drama film ‘Monster’s Ball.’ Her performance in the movie was highly appreciated and she won several awards for it.

In 2003, she played a psychiatrist in the supernatural thriller ‘Gothika’ in which her character is accused of committing a murder. The film was a moderate success.
Continue Reading Below
Over the next few years, she acted in movies like ‘Catwoman’ (2004), ‘Robots’ (2005), and ‘Perfect Stranger’ (2007). But none of these films performed well.
She played ‘Frankie’ in ‘Frankie & Alice’ (2010) in which she portrayed a woman who suffers from dissociative identity disorder and has two alters. She received numerous awards and nominations for this role.
She played multiple roles in the 2012 science fiction film ‘Cloud Atlas.’ Directed by The Wachowskis and Tom Tykwer, the film had Tom Hanks, Ben Whishaw, and Jim Broadbent playing important roles.
She reprised her role as ‘Storm’ in the 2014 superhero film ‘X-Men: Days of Future Past.’ In 2016, she made an appearance in the stand-up comedy concert film ‘Kevin Hart: What Now?’ The following year, she played the role of an agent in a movie titled ‘Kingsman: The Golden Circle.’
In 2017, she also appeared as a working class mother during the 1992 Los Angeles riots in ‘Kings.’ In 2019, she played ‘Sofia’ in Chad Stahelski-directed neo-noir action thriller film ‘John Wick: Chapter 3 – Parabellum.’ 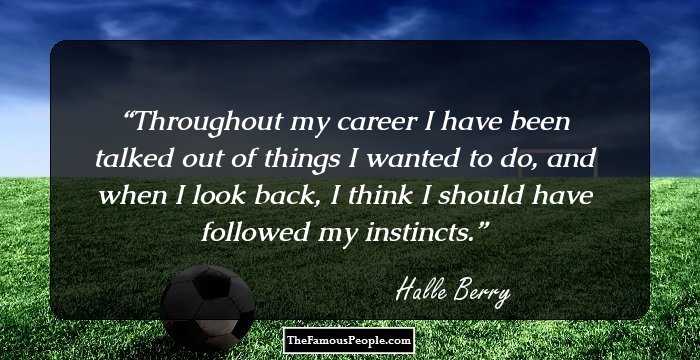 Quotes: Think
Major Works
She is best known for her role as ‘Leticia Musgrove’ in ‘Monster’s Ball’ in which she played a woman whose husband is on death row. This movie won her widespread acclaim and made her one of the most sought after actors in Hollywood.
Her portrayal of a popular real-life stripper and dancer who suffers from dissociative identity disorder in the movie ‘Frankie & Alice’ is one of her most critically acclaimed roles.
Awards & Achievements

Halle Berry was presented the ‘Primetime Emmy Award’ for ‘Outstanding Lead Actress in a Miniseries or a Movie’ for her role in the television film ‘Introducing Dorothy Dandridge’ in 1999. 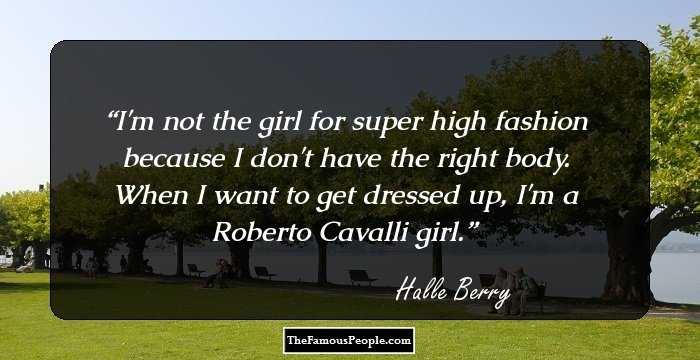 She was in a relationship with model Gabriel Aubry with whom she had a daughter. She broke up with Aubry in 2010.

Trivia
She was awarded the ‘Razzie Award’ (worst actress) for her role in the film 'Catwoman.' She received the award in person.
She was ranked number one on ‘People’ magazine’s ‘50 Most Beautiful People in the World’ in 2003.

Quotes By Halle Berry | Quote Of The Day | Top 100 Quotes

See the events in life of Halle Berry in Chronological Order