Semion Mogilevich is a Russian organized-crime leader. He is one of the most-wanted figures in the Russian mafia. The ‘Federal Bureau of Investigation’ (FBI) once regarded him as one of the most dangerous mobsters in the world. Mogilevich is a person whose movements have been closely watched by the European and American law enforcement agencies for the past several decades. He started his criminal career by trading in foreign currencies in the USSR. Mogilevich was imprisoned for currency-related offenses. Later, he teamed up with the Russian mafia group ‘Solntsevskaya Bratva.’ For a long time, Mogilevich maintained close ties with Sergei Mikhailov, the head of the ‘Solntsevo’ group. He was involved in a money-laundering scam at the ‘Toronto Stock Exchange,’ through a company named ‘YBM Magnex International Inc.’ Mogilevich was the mastermind behind the international tax fraud that shook many European countries in the early 1990s. As a result of the fraudulent activities in the international fuel trade, several countries of Central Europe suffered tax losses amounting to billions of dollars. Mogilevich has been active in all spheres of crime such as drug trafficking, contract murders, extortion, and prostitution. He was on the list of the ‘Ten Most Wanted’ of the ‘FBI’ for a long time. Mogilevich currently lives freely in Moscow. He has several nicknames, such as “Don Semyon” and “The Brainy Don.” 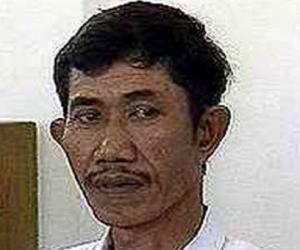 Russian People
Ukrainian People
Male Criminals
Cancer Criminals
Russian Criminals
Ukrainian Criminals
Childhood & Early Life
Semion Mogilevich was born on June 30, 1946, in Kiev, Ukraine, into a Jewish family. Not much is known about his parents or siblings. In 1968, Mogilevich graduated in economics from the ‘University of Lviv.’
Mogilevich made his entry into the arena of crime and fraud quite early in life. In the early 1970s, Mogilevich joined the ‘Lyuberetskaya,’ a crime group in Moscow. He was involved in several petty crimes. In those days, several Russian Jews desired to migrate to other countries. It was difficult for them to sell their assets quickly. Mogilevich entered into contracts with many of them. The contracts allowed the sale of their assets at market value and the remittance of the proceeds. However, he did not hand over the money after selling the assets. This was his first major step into the arena of crime.
Continue Reading Below
You May Like

Who Is The Most Popular BTS Member?
Career
In the 1970s, Semion Mogilevich started trading in foreign currencies, which was illegal in the USSR. In 1974, he was indicted for currency trading. In 1977, he was indicted for fraud. In the 1980s, he started working for the Russian mafia syndicate ‘Solntsevskaya Bratva.’ He was the main person involved in their money-laundering dealings.
In 1990, Mogilevich moved to Israel. He invested in several legal business activities and simultaneously continued to expand his illegal businesses. Following his marriage, Mogilevich settled in Hungary and continued his activities there. He acquired a factory that manufactured anti-aircraft guns. It was known as ‘Army Co-op.’ In 1991, Mogilevich made his entry into the energy sector with his company ‘Arbat International.’ For the next 5 years, this served as his primary import–export concern.
In 1994, Mogilevich acquired control over ‘Inkombank,’ which was one of the largest private sector banks in Russia. He had secret deals with the bank’s chairman, Vladimir Vinogradov, which allowed him access to the global financial market. The bank came under the radar of law agencies and collapsed in 1998.
In 1996, Mogilevich obtained a share in ‘Sukhoi,’ which was one of the largest aircraft manufacturing companies. In 1995, a meeting was fixed between Mogilevich and Sergei Mikhailov, the head of the Russian crime syndicate ‘Solntsevo.’ The venue was a restaurant in Prague. The place was raided by the Czech police. Several revelers and prostitutes were arrested from the place. Mogilevich was not present at the venue. It was suspected that some senior police officers had warned him about the plan. Following this incident, Czech officials imposed a 10-year entry ban on Mogilevich. Similar steps were taken by the Hungarian and the UK governments, too.
During the late 1990s, the ‘FBI’ started taking note of the affairs of Semion Mogilevich. He was involved in money-laundering activities at the ‘Toronto Stock Exchange,’ through a company named ‘YBM Magnex International Inc.’ He managed to dupe thousands of genuine investors of the company. With his degree in economics and his business acumen, he was able to carry out the fraudulent activities successfully, before it caught the eyes of the law enforcement agencies. When the offices of ‘YBM Magnex’ were raided, the value of its shares nose-dived and thousands of investors lost their money. This established Mogilevich as an international gangster who worked without borders.
Mogilevich was accused of large-scale tax frauds, too. He was the prime suspect in one of the biggest tax scandals that shook the European countries in the 1990s. It was a case where untaxed heating oil was sold as taxed car fuel. This caused severe tax losses to several countries such as the Czech Republic, Slovakia, Poland, and Hungary. There was an attempt to murder the journalist who had unearthed the scam.
Mogilevich has a marked influence over the energy sector of Europe. He has control over the natural gas pipelines that run across Russia and Eastern Europe. In 2002, Zeev Gordon, a lawyer who represented Mogilevich for more than 20 years, started the ‘Eural Trans Gas.’ This company was the main intermediary for trade of gas between Ukraine and Turkmenistan. Mogilevich was the brain behind the functioning of the company. He arranged for barter schemes for trading gas from Turkmenistan, in exchange for food, equipment, and spare parts.
In the 2000s, Mogilevich was in the news for his ties with the company ‘RosUkrEnergo,’ also known as ‘RUE.’ It was formed by an association of the Russian energy giant ‘Gazprom’ and the Swiss-registered company ‘Centragas Holding AG.’ Mogilevich had close ties with Dmytro Firtash, one of the co-owners of ‘RUE.’ This helped him make large amounts of illegal profits in the energy deals.
In 2003, the ‘FBI’ included Mogilevich in their ‘Wanted List’ for his participation in the scheme to dupe the investors of ‘YBM Magnex.’ He was regarded as the most powerful Russian mobster. He was involved in several offenses, such as arms deals, drug trafficking, and prostitution. In 2009, he was placed on the ‘Ten Most Wanted’ list by the ‘FBI.’ In 2015, he was removed from the list. In 2008, Mogilevich was arrested in Moscow for suspected tax evasion. In 2009, he was released on bail after it was found out that the charges were not serious in nature.
Family & Personal Life
In 1991, Mogilevich married Katalin Papp, a Hungarian national. They have three children. The marriage helped Mogilevich obtain a Hungarian passport.
Mogilevich currently lives freely in Moscow. As Russia does not have an extradition treaty with the US, he is free from the law enforcement agencies of countries other than Russia. Rumors claim he shares a good relationship with the Russian president, Vladimir Putin. In order to stay safe, he does not travel outside Russia.
You May Like

See the events in life of Semion Mogilevich in Chronological Order