Elizabeth Báthory or Erzsebet Bathory was a feared Hungarian countess who became infamous as a torturer and a vicious serial murderer. It has been said that over hundred young women were among her victims. She allegedly tortured and murdered these women between 1585 and 1609. Born into nobility, Bathory’s family in Hungary was the ruler of Transylvania while her uncle was the ruler of Poland. She married Count Ferencz Nadasdy in 1575 after which she moved to Castle Cachtice. Till the time her husband was alive, not many rumours surfaced as she lived the life of a noble and bore four children. However, in the aftermath of her husband’s death, many horrific talks surfaced and highlighted Bathory’s cruelty. The deaths of several peasant women lurked around and the suspicion pointed towards Elizabeth Bathory. The King of Hungary, Matthias, initiated an investigation and it came to light that Elizabeth had tortured and killed over 600 girls with the help of her maids. She was subsequently arrested and was remained confined to her chambers in her castle until her death. Her maids who assisted her were convicted of witchcraft and executed. With these rumors confirmed, she was charged with the infamous label of the ‘Blood Countess’ indicating that she was a vampire.
Continue Reading Below 4916
DID WE MISS SOMEONE?
CLICK HERE AND TELL US
WE'LL MAKE SURE
THEY'RE HERE A.S.A.P
Quick Facts 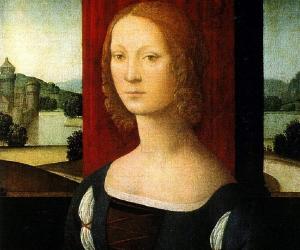 Hungarian People
Hungarian Women
Leo Criminals
Female Criminals
Leo Serial Killers
Childhood & Early Life
Elizabeth Báthory was born on 7 August 1560, in Hungary, to George Bathory and Anna Bathory. Both her parents were nobles and she was related to the Voivode of Transylvania, the King of Poland, the Grand Duke of Lithuania, and the Prince of Transylvania. Her older brother was Stephen Bathory, who went on to become the judge royal of Hungary.
She was raised as a Protestant, and learnt Latin, German, and Greek during her formative years. Her noble birth assured her of a sound education and an enviable social standing.
It was rumored that Bathory gave birth to a child out of wedlock at the age of 13. In order to avoid a scandal, the family gave away the child to woman trusted by the family. The father was rumored to be a local peasant boy.
Continue Reading Below
You May Like

The Sexiest Men Of 2020, Ranked
Marriage
At the age of 10, Elizabeth’s engagement to Ferenc Nadasdy was announced. Nadasdy was the son of the Baron Tamas Nadasdy and Orsolya Kanizsay. This alliance was borne out of political interest. Elizabeth refused to take on the name of her husband’s family as her standing was higher in the social hierarchy.
In May 1575, the couple finally tied the knot when she was aged 15 and he was 19, at the Varanno Palace, in Hungary. After wedding, Elizabeth shifted to the Nadasdy Castle in Sarvar, but her husband was often away studying in Vienna.
When her husband became the chief commander of the Hungarian troops in the war against the Ottomans, Elizabeth assume the role of the commander back at home where she duly took over administrative affairs.
Ferenc Nadasdy died on 4 January 1604. It was around the same time that rumors about Elizabeth’s cruel and sadistic tendencies began to appear.
Murders & Trial
In the final years of her husband’s reign, there were many allegations and rumors that surfaced against Elizabeth. These rumors stated that girls who went in to look for work at Elizabeth’s castle would go missing and were possibly dead.
The minister from the church, Istvan Magyari, officially lodge a complaint against her at the court and in the public office, in 1604. However, no official action was initiated immediately.
In 1610, King Matthias finally responded to Magyari’s complaint by assigning Gyorgy Thurzo to investigate the matter. Thurzo assigned two notaries to go forward and collect evidence regarding the case.
Between 1610 and 1611, the notaries assigned by Thurzo recorded testimonies from over 300 witnesses, including the workers at the castle and other people who visited it frequently. They also questioned the priests and noblemen.
The evidence collected recorded that Elizabeth’s first victims were minor girls, mostly daughters of local peasants, who went into the castle in search of work. They were lured by offers of well-paid jobs as servants.
Continue Reading Below
She later targeted the daughter of lower-ranked gentry as they were sent to her castle to learn courtly manners and behavior. There also were rumors of abductions undertaken by her.
The records also reveal the methods Elizabeth used to torture her victims. This including burning their hands, biting their faces, starving them to death, beating them up, and using needless across their bodies. Some reports suggest that they might have also been covered in honey and ants.
The key witnesses in the testimony were Benedek Deseo and Jakab Szilvassy as they reported seeing Elizabeth perform these acts themselves. The final accusation towards Elizabeth was that of cannibalism.
Thurzo upon receiving these accounts managed to catch her red-handed in December 1610. He arrested Elizaneth and her servants who were accomplices in these crimes. However, Elizabeth Bathory was later placed under house arrest.
A public trial warranted a scandal considering Elizabeth’s lineage. It was furtively decided by Thurzo that it is in best interests of the crown to send Elizabeth away to a nunnery. However, as the news spread, it was subsequently decided that she was to be placed under strict house arrest.
King Matthias II wanted Elizabeth to be brought to the trial and sentenced to death; Thurzo dissuaded the King from this idea as it would have impact the Kingdom’s rulers and thus wasn’t viable.
The trial finally began on 2 January 1611 with over 20 judges and the royal judge Theodosious Syrmiensis de Szulo. Several number of witnesses came to the stand to testify every day. All of them testified against Elizabeth. The official number of victims is presumed to be 80, while popular culture hinted over 650 dead women.
After the trial, she was imprisoned in her castle under solitary confinement. Her room was walled across with a narrow opening for air and food. She remained there until her death.
Personal Life & Legacy
Elizabeth Báthory was married to Ferenc Nádasdy from 1575 until his death in 1609. They had four children: Anna Nadasdy, Orsolya Nadasdy, Katalin Nadasdy, and Paul Nadasy.
Elizabeth Bathory died in her castle under solitary confinement. On 21 August 1614, she complained to her bodyguard of a severe chill. She was found dead the next morning. She was initially buried in the local church of Cachtice but due to public disapproval she was later moved to her family crypt.
Elizabeth’s legacy has been wrapped in mystery as her status as a cold-blooded murderer and killer are contested. Several scholars have put forth theories suggesting that she might have been a victim of political conspiracy. Her wealth and property might have proved to be her downfall, especially after the death of her husband.
The stories of her murders and other gruesome tales have proved to be of great fascination to many writers, musicians, directors, and composers. There are several movies, musicals, video games, toys, songs, and novels written about her.
She was also a popular figure in the myth of a vampire. A movie based on her was even titled ‘Countess Dracula’. Many have also suggested that she inspired Bram Stoker’s ‘Dracula’.
You May Like

See the events in life of Elizabeth Báthory in Chronological Order