Scott Peterson is an American former fertilizer salesman who made news headlines in the early 2000s as the "perfect gentleman" with a happy life who had been convicted of two counts of murder of his pregnant wife Laci Peterson, as well as their unborn son, Connor. While his in-laws also vouched for his innocence initially, it was later revealed that he had been involved in numerous extramarital affairs since his marriage to Laci, including a budding romance with massage therapist Amber Frey, which started about a month before his wife went missing in December 2002. He had reportedly revealed to Frey his desire to lead a responsibility-free life when his wife was seven months pregnant. Moreover, he not only sold Laci's car after her disappearance, but also sought to sell their new house and prepared to escape to Mexico with a new appearance. He was arrested after Laci's dismembered body and her fetus were found on Richmond's Point Isabel Regional Shoreline. Scott Peterson is currently on death row in San Quentin State Prison. American People
Male Criminals
Male Murderers
Scorpio Criminals
American Murderers
Childhood & Early Life
Scott Lee Peterson was born on October 24, 1972, in San Diego, California, to Lee Arthur Peterson and Jacqueline 'Jackie' Helen Latham. His father owned a crate-packaging business, while his mother owned 'The Put On' boutique in La Jolla.
While he is the only child of his parents, both his parents were married before and had six children from previous marriages. He spent his childhood in their two-bedroom apartment in La Jolla, where he had to share a bedroom with his maternal half-brother John.
By the time he graduated from University of San Diego High School in 1990, he was one of the top junior golfers in San Diego, and earned a partial golf scholarship to Arizona State University. Professional golfer, Phil Mickelson, was his classmate in school and college, until Peterson got kicked off the team for giving Chris Couch, another golfer, a hangover after a night of partying.
After briefly attending Cuesta College in San Luis Obispo, California, he transferred to California Polytechnic State University to do a major in international business. However, he later changed his major to agricultural business and completed his BS degree in June 1998.
Continue Reading Below
You May Like

The Sexiest Men Of 2020, Ranked
Relationship with Laci Peterson
During his college days, Scott Peterson began working at the Pacific Café restaurant in Morro Bay where he met Laci Denise Rocha, a neighbor of one of his co-workers. An ornamental horticulture major at Cal Poly, she was immediately attracted to Peterson and gave him her number.
The two began dating soon after he called her, going on a deep-sea fishing trip for their first date, which made her sea-sick. While she told her mother early on in their relationship that she will marry him, he also focused more on his business studies, putting aside golf.
After two years of dating, they began living together, and after Laci completed her graduation in 1997, they got married at Sycamore Mineral Springs Resort in San Luis Obispo County's Avila Valley. She began working in Prunedale while he completed his studies the following year, and after that they opened a sports bar called 'The Shack' in San Luis Obispo.
He did not receive money from his parents to set up the restaurant because they thought it was a bad investment. He even had to take a certification course in Los Angeles to be able to install a needed vent in the restaurant, for which they could not find a technician.
The restaurant soon began attracting decent number of customers, especially on weekends, but they had to sell it in 2000, when they decided to move closer to Laci's hometown to start a family. That October, they purchased a $177,000 bungalow with three bedrooms and two baths on Covena Avenue, near La Loma Park.
Laci began working part-time as a substitute teacher, while enthusiastically trying to be the perfect housewife. Peterson was hired by Tradecorp U.S.A., a newly founded subsidiary of a Spanish fertilizer company, as their West Coast representative and was earning up to $5,000 a month before taxes.
Disappearance of Laci
According to prosecutors, Scott Peterson became involved in an extramarital affair soon after getting married to Laci in 1997, even though the details of this relationship are not known.
In November 2002, when his wife Laci was seven months pregnant, he began a romantic relationship with Amber Frey, a massage therapist from Fresno, after being introduced to her by a friend.
He reportedly told Frey that he was single, and later in early December, told her that he had "lost his wife". Interestingly, Laci was reported to be missing from their Modesto home a few days later on December 24, 2002, when she was seven-and-a-half months pregnant with their baby boy Connor.
He told the investigators that he was out fishing on his boat at the Berkeley Marina in Richmond, but the detectives found inconsistencies in his story and were surprised by "his calm, cool demeanor". While the police treated him as a suspect, they did not immediately take actions against him as Laci's family and friends believed him to be innocent.
On January 17, 2003, Amber Frey approached the police after learning that Peterson, whom she had just begun to date, was actually married to a woman now missing. As more details were revealed about his numerous affairs, Laci's family withdrew their support for him, following which police taped his phone conversations with Frey with her consent in the hope of a confession.
Conviction & Trial
In early April 2003, a late-term male baby and a partial female torso without head, feet and hands were recovered on Richmond's Point Isabel Regional Shoreline, close to where Scott Peterson went boating in December. The bodies were identified to be Laci and her child, and while the exact cause of her death could not be determined, it was revealed that she suffered broken ribs before her death.
The police feared that Peterson might be considering crossing the border to Mexico after locating him in San Diego, and rushed to arrest him near a La Jolla golf course on April 18, 2003. While he claimed to be meeting his family, his hair was dyed blonde and his car was "overstuffed" with various items, including survival kits, as well as cash money.
On 21st April 2013, he was charged with the first degree murder of Laci and the second degree murder of Connor, but he pled not guilty. In their forensic searches of his home, warehouse, pickup track and boat, the FBI and the police only found a single thread of hair in a pair of pliers on Peterson's boat as evidence.
While the only apparent motives were his new affair with Frey and his financial problems, all circumstantial evidences pointed to the fact that Peterson lied numerous times since the disappearance of Laci. He was convicted of two counts of murder by a jury on November 12, 2004, and following the jury verdict, Judge Alfred A. Delucchi sentenced him death by lethal injection on March 16, 2005.
Trivia
Scott Peterson's father later mentioned that his son's golf career suffered as he was discouraged by probable competition with Mickelson at state level.
You May Like

See the events in life of Scott Peterson in Chronological Order 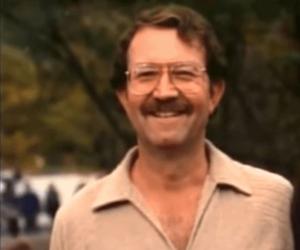