Saint Nicholas, who is also known as ‘Nicholas of Myra’ or ‘Nicholas of Bari,’ was a fourth century saint and Greek Bishop of Myra (today’s Demre, Turkey). Brought up in devotional surroundings, he became a Bishop at a young age. He was known for providing for the poor and needy, and is also called as ‘Nicholas the Wonder-worker,’ because of the several miracles accredited to his legendary life. St. Nicholas is the Patron Saint of unmarried girls, children, sailors, prisoners, students, merchants, and also places including Russia, Greece, Moscow among others. St. Nicholas Church in Myra, where his remains were kept, became a pilgrimage, but centuries after his death the relics were moved to Bari, Italy, and were enshrined in ‘Basilica di San Nicola.’ One of the most popular minor Saint, his feast day is observed on December 6 as ‘St. Nicholas Day’ and children in several countries receive gifts on this day. His habit of secret gift-giving became a base for the legend of Santa Claus, derived from his Dutch name ‘Sinterklaas.’ 3310
15th March In History
DID WE MISS SOMEONE?
CLICK HERE AND TELL US
WE'LL MAKE SURE
THEY'RE HERE A.S.A.P
Quick Facts 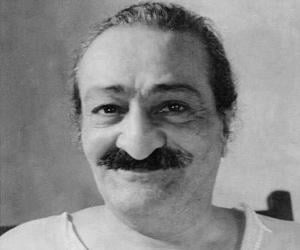 Greek People
Greek Men
Greek Saints
Greek Spiritual & Religious Leaders
Pisces Men
Early Life
No historical documents are available to attest his existence, so the facts cannot be ascertained.St. Nicholas was born in circa 280 (some references: 270), in the seaport city of Patara, Lycia, in Asia Minor (present-day Turkey). He was an only child of well-to-do Greek Christian parents, whom he lost in an epidemic during his young age. His uncle, the Bishop of Patara, brought him up. Under his uncle’s mentorship, Nicholas was ordained a presbyter (priest). He was determined to use his inheritance to help the poor and needy.
During his youth, Nicholas travelled to Palestine and Egypt and on his return, he was made the Bishop of Myra. He is known to have helped many and was known for his habit of secret gift-giving.
Continue Reading Below
You May Like

The Sexiest Men Of 2020, Ranked
Legends & Later Life
As per one legend of miracle, once when St. Nicolas was travelling by ship to the ‘Holy Land,’ a strong storm almost wrecked the ship. But as soon as St. Nicholas admonished the waves, the storm calmed down. Thus he came to be known as the Patron Saint of the sailors.
Three poor sisters had no option but to earn their living through a life of servitude or prostitution, because their father had no dowry money to marry them off. When St. Nicholas learnt about this, he used his inheritance and in the darkness of night, he threw one bag of gold coins each on three dark nights, as the dowry of each sister. The father of the girls kept a watch and on the third night saw St. Nicholas, and expressed his extreme gratitude. This is how St. Nicholas became the Patron Saint of unmarried girls. The bags he threw through the window landed in the shoes kept for drying. That’s how the custom of keeping shoes or stockings out (to receive Christmas gifts) started.
Another story/legend states that an innkeeper killed three children and pickled them in tub of brine, to be sold as meat during the famine. But St. Nicolas revived those three children, giving them a new life. Though considered as an ‘absurd story,’ during late Middle-Ages, this was very popular and he was known as the Patron Saint of children.
After his return from the ‘Holy Land,’ St. Nicholas was made the ‘Bishop of Myra.’ [As the story goes, after the death of the old Bishop, the priests were in search of a new bishop. The most senior of them saw God in his dream and was told that the first person to enter the church next morning would be their bishop. St. Nicholas entered first and was made the Bishop].
That was the period of the ‘Persecution of Christians’ under the rule of Emperor Diocletian. As the chief priest of the Christians of his town, St. Nicholas was apprehended, tormented and then thrown into the prison. Later, during the rule of religious Constantine, he was released along with other Christians.
In spite of being innocent, three imperial officers were imprisoned on false charges and were sentenced to death. The officers prayed to the God, and Nicholas appeared just at the time of execution, pushed away the executioner’s sword and also, reprimanded the corrupt jurors. Another version states that, Nicholas appeared in the dream of Emperor Constantine and informed him of the injustice. The emperor stopped the execution immediately. St. Nicholas simultaneously admonished the corrupt Governor Eustaathius, who admitted that he had accepted bribe to execute those 3 officers. Thus St. Nicholas is worshiped as a Patron Saint of prisoners and the wrongly accused.
Another story of miracle says that once during a severe famine in Myra, a ship fully loaded with wheat arrived in the Myra port. St. Nicholas requested the ship-men to unload some of the wheat in Myra for the needy. But they were reluctant as the wheat was for the Emperor and they had to deliver it in correct weight. They agreed only after Nicholas assured them that there wouldn’t be any loss. After reaching the capital, the ship-men were astonished to find that the weight of wheat had not changed even after providing for the needy in Myra.
In 325, St. Nicholas attended the ‘Council of Nicaea’ and strongly opposed Arianism (a doctrine that was attributed to Arius). Reportedly he slapped a heretic Arian (some references report that he slapped the heretic Arius himself) for which he was imprisoned and was later freed by the Christ and the Virgin Mary. (Disputes about authenticity).
Death & Legacy
St. Nicholas was believed to have died on December 6, 343. Earlier it was assumed that he was buried in Myra, but recent archeological reports state that he was probably buried in the Turkish island of Gemile in a church built in 4th century and later in 600s, his remains were taken to Myra, which was safer than the Arab-attack threatened Gemile.
His remains allegedly exuded a clear, sweet-smelling liquid, called ‘Manna or Myrrh,’ believed to have miraculous powers. His tomb in Myra became a place of pilgrimage. Because of the invasions and threats of attacks, some sailors of Bari (Apulia, Italy) took away the remains of St. Nicholas in 1087. [The remains reached Bari on May 9, 1087; so May 9 is observed as ‘Translation day’].
In 1089, the remains were placed by Pope Urban II in the newly built ‘Basilica di San Nicola.’ Some pieces of the relics are believed to have dispersed to various parts of the world.
St. Nicholas is the Patron Saint of many persons as well as of Russia, Greece and cities of Fribourg (Switzerland), Moscow and many others. His miracles were a favorite topic for the artists of that era and are found itched on the stained glass windows of several churches worldwide.
A (European) custom of ‘Boy Bishop’ was observed on his feast day, December 6, when a youth was chosen as Bishop and he functioned as one till ‘Holy Innocents’ Day,’ December 28.
After the Protestant Reformation of the 1500s, there was a decline in devotion. But he continued to be an important Saint in Holland and the Dutch observed his feast day with secret gifts for children. The Dutch called him ‘Sint Nikolaas’ or ‘Sinterklaas’ and in 1700 the Dutch migrants carried the legend of this gift-giving St. Nicholas to America. Many transformations later, he became Santa Claus, a benevolent, jolly man who brings gifts during the Christmas Holiday.
You May Like

See the events in life of Saint Nicholas in Chronological Order