St. Martin de Porres was a Peruvian friar, loved and honored by many for his services to humanity. Born in late sixteenth century, he had a very difficult childhood, not only having to deal with abject poverty, but also with social harassment because of his mixed racial heritage and illegitimate birth. However, instead of making him bitter, they taught him to be compassionate and prayerful. After working as an apprentice to a barber-surgeon for two years, he eventually joined the Convent of the Rosary as a lay-helper. But because of his services and prayerfulness, he soon began to be entrusted with greater responsibilities, eventually being allowed to take his religious vows in spite of his mixed racial heritage. Thereafter, he continued to serve the humanity, raising donations to help the downtrodden, building schools and orphanages, healing the sick. Also an animal lover, he is said to have the power to communicate with them. 33
DID WE MISS SOMEONE?
CLICK HERE AND TELL US
WE'LL MAKE SURE
THEY'RE HERE A.S.A.P
Quick Facts 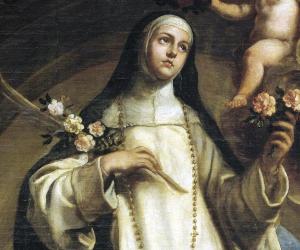 Peruvian People
Peruvian Men
Sagittarius Men
Childhood & Early Life
Juan Martin de Porres Velázquez was born on 9 December 1579 in Lima, the capital city of the Viceroyalty of Peru, out of a liaison between a Spanish nobleman and a freed slave of African-Native-American descent. His parents, Don Juan de Porres and Ana Velázquez, never got married.
Born elder of his parents’ two children, he had a younger sister called Juana de Porres. Because he was born with African features, his father refused to acknowledge him at his birth. As a result, his baptizing certificate did not bear his father’s name; but read “father unknown”.
It is believed that when he was eight years old, his father had a change of heart and recognized him as his son, sending him to school for two years. But after the birth of his sister, his father finally abandoned the family.
Life after his father left them was not easy. They were not only poor, belonging to the lowest rung of the Spanish colonial society, but Porres also had to bear the double stigma of his illegitimate birth and mixed racial heritage.
A deeply religious child from the very beginning, he spent a lot of his time praying. He also had a compassionate nature and often gave away groceries that his mother had sent him to buy from the market to the beggars, homeless and orphans, whom he considered more unfortunate than he was.
When he was twelve years old, his mother put him under a barber-surgeon. Working under him, Porres learned the art of administering herbal remedies, dressing wounds, and drawing blood etc. Also from this time, he started spending the nights in praying, eventually deciding to devote himself to religious life.
At that time, Peruvian laws did not allow people of Indian or African ancestry to become a monk. Therefore, the only way out for him was to volunteer as a donado, a lay helper who lived in the monastery and performed all kinds of menial task.
Continue Reading Below
You May Like

The Hottest Male Celebrities With The Best Abs
Embarking on Religious Life
Around 1593-94, Martin de Porres entered the Convent of the Rosary (also known as Dominicans of Holy Rosary Priory), located in Lima. He was initially entrusted with various menial tasks such as cooking, cleaning and laundry. Alongside, he also served in the infirmary, dressing wounds, and drawing blood etc.
Concurrently with serving as a donado, he continued to pray intensely and as an act of austerity refrained from eating meat. He also wore the same robes until they fell apart and refused to sleep on the bed because that would amount “unmerited gratification”.
In spite of leading such holy life, he continued to face racial harassment. Once some monks hid the kitchen potholders while he was cooking, forcing him lift the pots with bare hands. To the dismay of the onlookers, his hands remained as they were, without any sign of scorching.
Another time, while he was cleaning the toilet, a monk asked him if he would like to become the Archbishop of Mexico. He answered saying, "I have chosen to be an abject in the house of my God rather than to dwell in the tabernacles of sinners" (biblical Psalm 83).
As time passed, he was promoted to the post of almoner, somebody in charge of distributing money. In this capacity, he would go out of the monastery to collect donations and then distribute the same among the poor and needy.
Sometime towards the beginning of the seventeenth century, the prior Juan de Lorenzana decided to allow Porres to take his vows as a member of the Third Order of Saint Dominic. However, the decision was not accepted by many, who continued to harass and insult him.
Taking Religious Vows
Around 1603-04, Porres became a Dominican oblate, or lay monastic and in 1610 a Dominican lay brother, when he was given his religious habit. However, the elevation had little impact on him and he remained as humble as before.
Once his priory was in debt and it became hard to repay. He then offered a unique solution, saying, “I am only a poor mulatto (person of mixed race). Sell me. I am the property of the order. Sell me.” Fortunately, the prior did not listen to him.
Continuing to serve with all humbleness, he soon became a great fundraiser, collecting huge amount of money, both for the priory and the city, serving humanity irrespective of their color, creed, status and race. He built orphanages and schools for children and served the slaves and poor with compassion.
He was also the head of the infirmary. When an epidemic struck Lima, he not only served the sick friars personally, but also opened the doors to the general public. When the provincial supervisor objected to it, he transferred them to his sister’s home, where he continued to serve them.
Along with carrying out such intense activities, he also led a highly spiritual life, praying with devotion throughout the night, very often fasting for extended period on bread and water. Equally compassionate to animals, he fed and healed all the creatures that came into his vicinity.
Once the monastery was infested with mice. Because they destroyed their habits, the monks decided to lay traps. Distressed by this, Martin is believed to have talked to the rodents, promising to feed them every day if they stayed away. From that day, the monastery became free of rodents.
Death & Legacy
Martin de Porres died on 3 November 1639. By then, he had won every body’s love and respect, as a result of which people came in hundreds to show their last respect. Later, his body was interred in the grounds of the monastery.
He was beatified on 29 October 1837 by Pope Gregory XVI and canonized on 6 May 1962 by Pope John XXIII. His feast day falls on 3 November. Today, he is considered the patron saint of people of mixed race, and of innkeepers, barbers, public health workers etc.
The Chapel of St. Martin de Porres, located inside the Basilica of Santo Domingo and built over his cell, holds not only his remains, but also an urn containing the timber of his bed. Several churches, schools and edifices across the globe have also been named after him.
You May Like