(Bishop and Patron Saint of Ireland)

Advanced Search
Amongst the various religious figures widely respected by believers of Christianity, Saint Patrick is a very prominent name. A fact about Patrick’s life which never ceases to surprise is that he was an atheist as a child, who went on to preach moral values and spirituality at a later stage of his life. Though he was born in Britain, this saint went on to become really popular in Ireland, and is attributed for having spread spiritual beliefs in the country. The ‘Shamrock’, a clover sprig, which this saint used to preach the importance of holy trinity, has become a national symbol of the present day Ireland. His autobiographical work titled ‘Confessio’ has been a great source of inspiration for many, who have even turned towards spirituality. Many philosophers and religious individuals of his time had hailed Patrick time and again for instilling good values in the masses. His contribution to Christianity earned him the title of a bishop and he was eventually honoured with the title of a saint. Even today, Ardent Christians across the world celebrate the 17th of March as ‘Feast Day’ in honour of this man. Many interesting legends surrounding this man continue to be popular in Ireland even today place of death: County Down

British People
Romanian People
Spiritual & Religious Leaders
British Men
Romanian Men
British Saints
Childhood & Early Life
Patrick was born in Great Britain to Calphernius and his wife Conchessa. He belonged to an orthodox family, which ardently followed Christianity. While his grandfather worked as a priest, the young lad’s father worked as a Deacon.
It’s believed that Patrick was an atheist during his younger days. However, an incident which occurred during his teens changed his opinion on the existence of god completely.
The teenager was apparently kidnapped by a few pirates of Irish origin when he was hardly 16 years old, and detained him in their country for a period of six years. Patrick had once stated that it was the mercy of almighty that helped him survive through those tough days. 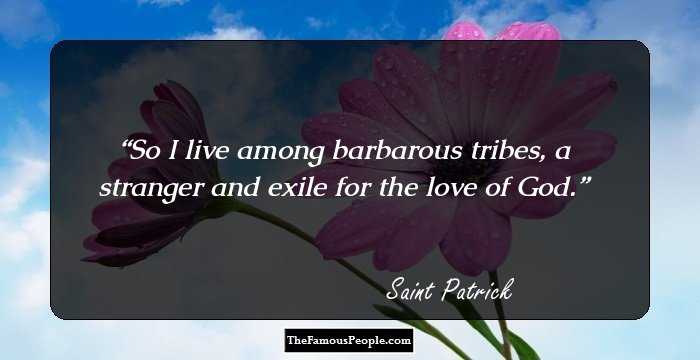 Continue Reading Below
Later Life
After being arrested for six years, Patrick managed to reach the Irish shore and convinced the captain of the ship to help him reach his mother land. He finally reached his folks settled in Britain after braving starvation for days. The young man then converted to Christianity.
Patrick had once mentioned that an individual named Victoricus had once appeared in his dream. The latter requested the young man to visit Ireland and even handed him six letters.
Paying heed to Victoricus’ request, the young man travelled to Ireland once again. He first arrived at a county named Wicklow, located in the coastal region of the nation.
It is believed that his arrival was disliked by the inhabitants of Ireland during his early days as a missionary, but his thoughts were later widely accepted. His teachings soon made him really popular amongst the Irish masses.
The masses got to witness the furious side of this missionary when he penned the ‘Letter to the Soldiers of Corticus’, in which Patrick sharply criticized this individual named Corticus who captured his believers and well-wishers. The missionary even compared Corticus with the ‘Devil’.
According to a popular Irish legend, the missionary had executed all the snakes in Ireland. One such reptile had apparently disturbed Patrick during his fast which angered the spiritual leader and provoked the man to confine them to the sea.
Many people still believe that one of the reasons behind the non-existence of snakes in Ireland is the fury of Patrick.
His faith in Christianity even encouraged Patrick to travel to France, where he spent some time with a missionary named St. Germain. The latter even helped Patrick become a saint.
Another popular belief is that the missionary was often seen with a walking stick, which he once cemented at a spot in Aspatria, Ireland. It is said that the stick later grew into a tree. 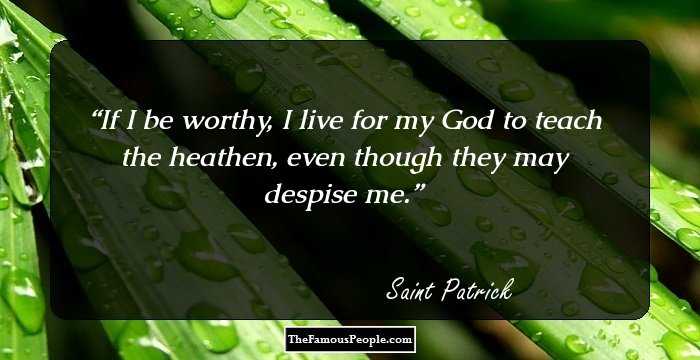 Major Works
According to legends, it was Patrick who had enlightened Irish citizens about the ‘Holy Trinity’. He drew a comparison between the ‘Shamrock’, a set of three clover leaves and the thought of three individuals existing in a single entity titled god. The three-leaf symbol is respected even till date.
Personal Life & Legacy
Saint Patrick is known for writing an autobiography titled ‘Confessio’, which continues to be a very popular book even today.
He passed away in the Saul county, located in Ireland and was later buried at the same place.
Many of the possessions of the saint are now found in the ‘National Museum of Ireland’. Amongst these valuables, the famous one is a bell, which is famously known as the ‘Saint Patrick’s Bell’.
The 17th of March is celebrated as ‘Feast day’ across the world, in honour of this great saint. 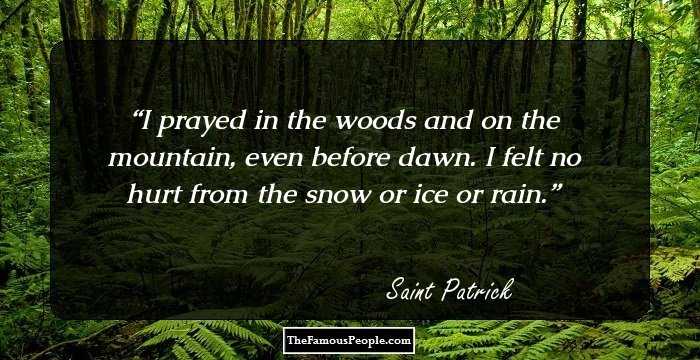 Quotes By Saint Patrick | Quote Of The Day | Top 100 Quotes

See the events in life of Saint Patrick in Chronological Order 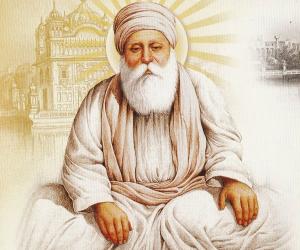