(Famous for His Roles in the Movies 'Notebook', 'La La Land' and The Big Short')

Ryan Thomas Gosling is a Canadian actor and director best known for playing the leading role in the romantic drama, ‘The Notebook’. He has appeared in several highly successful Hollywood films like ‘Half Nelson’ and ‘Lars and the Real Girl’ for which he received numerous award nominations. The talented actor had always loved acting and was especially influenced by the film ‘Dick Tracy’ which he first watched as a child. Such was the impact of films on his young mind that he once took steak knives to school after watching the Sylvester Stallone action film, ‘First Blood’ and threw them at classmates. He was often bullied in school and had problems making friends; he also suffered from attention deficit hyperactivity disorder. There was however one thing that he was good at—performing. As a child he had performed with ‘The Mickey Mouse Club’ for two years. He also used to sing at weddings with his sister and got involved with a local ballet company. Performing before audiences boosted his confidence and he decided to make a career out of it. Initially he played minor roles in independent films before landing on substantial roles in bigger movies. His career began to take off after his role in ‘The Notebook’ and he went on to carve a niche for himself in Hollywood. Canadian People
Canadian Men
Tall Celebrities
Tall Male Celebrities
Scorpio Actors
Childhood & Early Life
He was born to Thomas Ray Gosling, a traveling salesman and Donna, a secretary who later became a teacher. He has one elder sister. The family traveled a lot due to his father’s job.
His parents divorced when he was a child and he lived with his mother and sister.
He went to Cornwall Collegiate and Vocational School before going to Lester B. Pearson High School. He was diagnosed with attention deficit hyperactivity disorder (ADHD) and thus his mother quit her job and homeschooled him.
He loved movies and performing since young age. When he was 12, he auditioned for a part in ‘The Mickey Mouse Club’ and signed a contract for two years. Along with his sister he used to sing at weddings and he also joined a local ballet company. 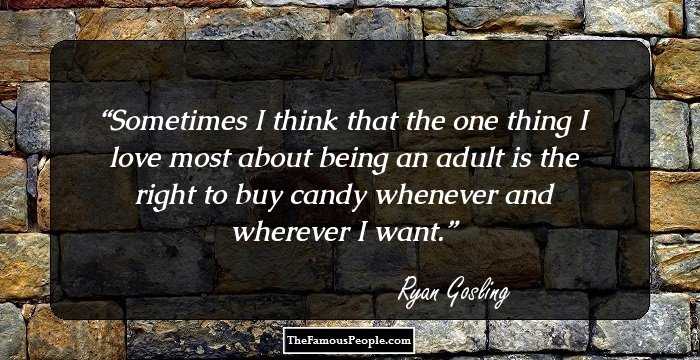 Quotes: Life, Love, Think, Wedding, I
Continue Reading Below
Career
Starting his career as a child actor, he appeared in the teenage comedy series ‘Breaker High’ from 1997 to 1998. He quit high school and moved to Los Angeles to appear as the title character in the teen series ‘Young Hecules’.
In 2000, he played a supporting role in the football drama, ‘Remember the Titans’ which led to a leading role as a Jew in the film ‘The Believer’ in 2001. The director Henry Bean had chosen Gosling for this role because of his religious upbringing.
He appeared along with Michael Pitt and Sandra Bullock in the psychological thriller, ‘Murder By Numbers’ in which he played a wealthy highschooler who attempts to commit the perfect murder.
He found his breakthrough role in 2004 when he was cast as Noah in the romantic drama film, ‘The Notebook’, opposite Rachel McAdams. The film follows the story of a couple who fall in love during the early 1940s. The movie was a big commercial hit and helped establish Gosling as an actor.
In 2006, he appeared in the drama film ‘Half Nelson’ which revolved around the story of a school teacher who forms a relationship with one of his students. Gosling was nominated for an Academy Award for his role in this critically acclaimed film.
His role as Lars in the 2007 comedy drama ‘Lars and the Real Girl’ was critically appreciated. He played a quirky man who develops a romantic attachment with a life-size doll much to the amusement of the other people around him.
Gosling is also a musician. He formed a rock duo with Zach Shields in 2007 and released their first album, ‘Dead Man’s Bones’ in 2009. He contributed vocals, piano, guitar, bass guitar and cello to the album.
In 2010, he appeared in the romantic drama ‘Blue Valentine’ which follows the story of a married couple from the time of their courtship to the dissolution of their marriage several years later.
He appeared along with Steve Carell and Julianne Moore in the romantic comedy drama ‘Crazy, Stupid, Love’ in 2011. The film received positive reviews and was a success at the box office too.
Continue Reading Below
He played the role of Sergeant Jerry Wooters in the action crime ‘Gangster Squad’ in 2013 which was loosely based on the story of Los Angeles Police Department officers and detectives.
In 2014, he dabbled into the field of direction and his debut venture 'Lost River' competed in the Un Certain Regard section at the 2014 Cannes Film Festival. The film received poor reviews. 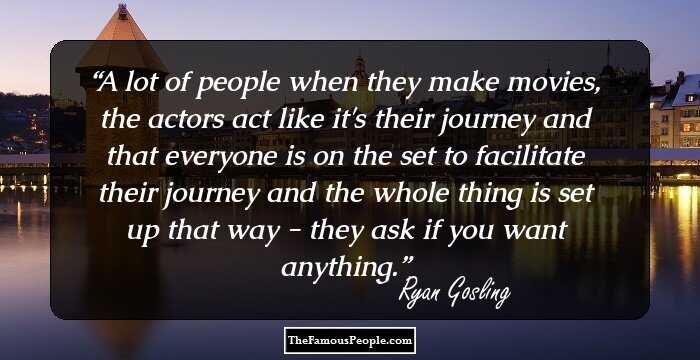 Major Works
His role as Noah in ‘The Notebook’ remains his signature performance, a character that has become synonymous with his name. The movie won him several awards and much critical appraisal and enabled him to gain a wider exposure in the industry.
Awards & Achievements
He won four Teen Choice Awards in 2005 for his role in ‘The Notebook’, including Choice Movie Breakout Performance – Male.
In 2006, he received the Best Actor Award at the Las Palmas Film Festival for the movie, ‘Half Nelson’. 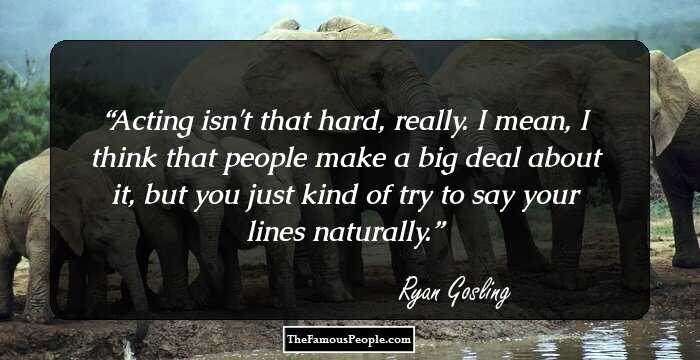 Personal Life & Legacy
He is not married and shares a home with his pet dog, George. In the past he had been linked with several women including Sandra Bullock, Rachel McAdams, and Eva Mendes.
He is involved with various charities including PETA and Invisible Children Inc.

Quotes By Ryan Gosling | Quote Of The Day | Top 100 Quotes

See the events in life of Ryan Gosling in Chronological Order 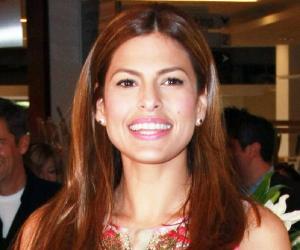