(One of the Highest-Paid Actresses, Known for Her Films: 'Speed', 'The Blind Side' and 'Gravity')

Sandra Annette Bullock is a multiple award-winning Hollywood actress and producer. So far, this very successful lady has appeared in a number of high-grossing films like ‘Gravity,’ ‘The Blind Side,’ and ‘The Heat,’ becoming one of the most bankable actresses. Born to an opera singer, Bullock’s parents ensured that she attended music and dance classes as a young girl. She played small roles in her mother’s opera productions and developed a love for performing arts. She sang with a children’s choir and actively took part in stage productions while in high school. Deciding to pursue a career in acting, she studied drama in college and appeared in several student films. Success, however, did not come easy to her in spite of her good looks, poise, and talent. For a while, she supported herself by working as a bartender and waitress. She started her acting career by appearing on stage productions before moving on to films. She worked in a string of independent films which led to her being cast in mainstream Hollywood films. One of the most popular actresses of the 1990s, Bullock is the recipient of several prestigious awards, including an ‘Academy Award’ for ‘Best Actress’ and a ‘Golden Globe.’ Christina Apple...
26th July In History
DID WE MISS SOMEONE?
CLICK HERE AND TELL US
WE'LL MAKE SURE
THEY'RE HERE A.S.A.P
Quick Facts

American People
American Women
Virginia Actresses
Leo Actresses
American Actresses
Childhood & Early Life
She was born on 26 July 1964, in Arlington, Virginia, USA, to John Bullock, a ‘United States Army’ employee and his German wife Helga Mathilde Meyer, who was an opera singer and voice trainer. Bullock is of mixed ancestry.
For the first 12 years of her life, she was raised in Germany and Austria. As a result, she can speak fluent German.
She began performing small roles in her mother’s operas from the time she was five. She eventually fell in love with performing arts and started performing regularly with a children’s opera.
She went to ‘Washington-Lee High School’ where she was a cheerleader. She actively participated in the school’s stage productions and graduated in 1982.
She enrolled at ‘East Carolina University’ to study acting. She graduated with a degree in Bachelors of Fine Arts in Drama in 1986 and moved to New York the same year in search of acting jobs. Subsequently, she took acting lessons at the ‘Neighborhood Playhouse Theatre.’ 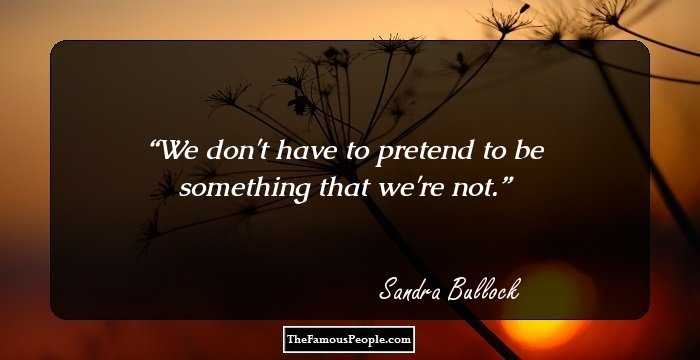 Continue Reading Below
Career
During her initial days as an actress, she appeared in a number of student films. She acted in a stage production of ‘No Time Flat’ and her performance got her noticed, leading to opportunities to play film roles.
In her first film role, she appeared as Lisa Edwards in the 1987 film ‘Hangmen’ which revolves around the assassination of a U.S. Senator and its aftermath.
During the late-1980s and early-1990s, she appeared in films like ‘Love Potion No. 9’ (1992), ‘The Thing Called Love’ (1993), and ‘Fire on the Amazon’ (1993).
Her breakthrough role came in 1994 when she was selected to play Annie Porter in the action film ‘Speed,’ which also starred Keanu Reeves and Dennis Hooper. The film was a huge commercial success.
In 1996, she appeared in the film adaptation of John Grisham’s novel ‘A Time to Kill.’ The film had Kevin Spacey, Samuel Jackson, and Oliver Platt playing important roles. ‘A Time to Kill’ follows the story of a black man who avenges his daughter’s rape by shooting white rapists.
She reprised the role of Annie Porter in ‘Speed 2: Cruise Control’ in 1997. The film, which was a sequel to the 1994 movie ‘Speed,’ was about a couple vacationing in a luxury cruise ship which gets hijacked by the villain. It was not as successful as its predecessor.
She appeared as Gracie Hart in the 2000 comedy film ‘Miss Congeniality’ in which her character, an FBI Special Agent, participates in a beauty pageant in spite of being a complete tomboy. The movie was a commercial success. She reprised her role as Hart in the film’s sequel ‘Miss Congeniality 2: Armed and Fabulous’ in 2005. However, the film was not as successful as its predecessor.
She was part of an ensemble cast of the crime drama film ‘Crash’ in 2004. The film was about racial tensions in California and was inspired by a real-life incident of carjacking outside a video store.
She has appeared in several successful romantic-comedy movies like ‘Two Weeks Notice’ (2002), ‘The Lake House’ (2006), and ‘The Proposal’ (2009).
Continue Reading Below
In 2009, she played an important role in the semi-biographical sports drama film ‘The Blind Side’ which was about the story of Michael Oher, a young sportsman from a broken, dysfunctional family. The film also narrates Oher’s adoption by a concerned couple.
She appeared in ‘The Heat’ in 2013, which is a buddy cop comedy film. She plays FBI Special Agent Sarah Ashburn who is teamed up with Boston Detective Shannon Mullins, played by Mellissa McCarthy.
She lent her voice to the documentary film ‘The Prime Ministers: The Pioneers’ in 2013. In 2015, she voiced a character named Scarlet Overkill in the movie ‘Minions.’
Bullock appeared as Debbie Ocean in the 2018 film ‘Ocean’s 8,’ a spin off version of ‘Ocean’s Eleven’ franchise. The film opened to mixed reviews, but was a commercial success.
Her next film ‘Bird Box’ (2018), in which she played the role of a protective mother saving her children from supernatural entities, received universal acclaim and her performance was praised by many. Directed by Susanne Bier, the film was a post-apocalyptic horror thriller. 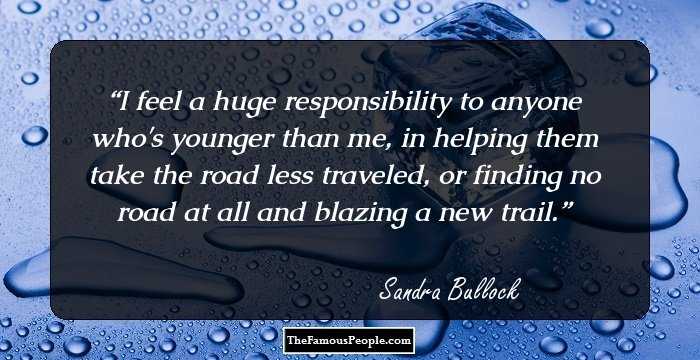 Major Works
Her movie ‘The Blind Side,’ which narrates the story of Michael Oher, an offensive lineman who plays for the ‘Baltimore Ravens’ of the ‘NFL,’ is considered one of her best. Her performance as Leigh Anne Tuohy was highly praised and won her several awards.
She was nominated for an ‘Academy Award’ for her role in the science fiction thriller ‘Gravity.’ In the film, which was directed by Alfonso Cuarón, she played a medical engineer who embarks on her first mission in space.
Awards & Achievements
She won the ‘Academy Award’ for ‘Best Actress’ in 2010 for her role as Leigh Anne Tuohy in the movie ‘The Blind Side.’ She won the ‘Golden Globe Award’ for ‘Best Performance by an Actress in a Motion Picture – Drama’ for her performance in ‘The Blind Side.’
Continue Reading Below 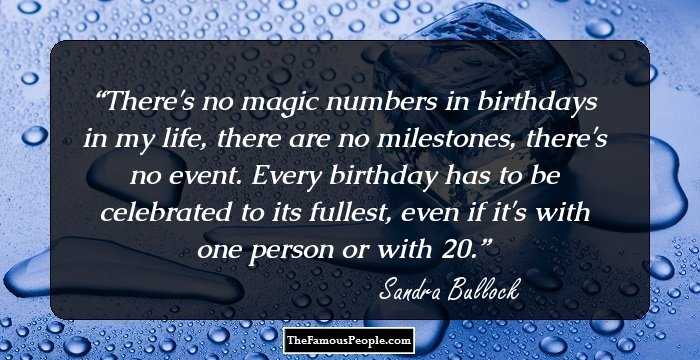 Personal Life & Legacy
She married Jesse James in 2005. However, she divorced him in 2010 when she found out that he had been cheating on her. She has an adopted son named Louis Bardo Bullock. In 2015, she adopted another child, a daughter named Laila Bullock.
Since August 2015, Bullock has been rumored to be dating photographer Bryan Randall.
She owns a production company called ‘Fortis Films.’
She has donated $1 million to the ‘American Red Cross’ on at least five occasions. She donated the same amount of money to help relief efforts in Haiti after an earthquake. She also donated money to Japan after the 2011 Japan earthquake. In 2017, she donated money to the ‘Red Cross Relief’ support after Texas was affected by Hurricane Harvey.
She was inducted into the ‘Warren Easton Hall of Fame’ in 2012 for her donations to charities.
Trivia
This talented actress was involved in a private jet crash in 2000 but escaped unharmed.
While she has an American citizenship, she applied for a German citizenship in 2009.

Quotes By Sandra Bullock | Quote Of The Day | Top 100 Quotes

See the events in life of Sandra Bullock in Chronological Order