Advanced Search
St Rose of Lima, also known as Santa Rosa de Lima in Spanish, was a member of the Third Order of Saint Dominic, in Lima, Peru. The first person to be born in the Americas who was canonized by the Roman Catholic Church, she became known because of her asceticism throughout her life. She was also known for her efforts to help the poor, which includes turning a room in her parents’ house into an infirmary for the destitute children as well as the elderly people. Despite being born into a rich noble family, she was drawn to a spiritual life from an early age. Her mother wanted her to get married, but she refused and took a vow of virginity. She passed away at the early age of 31. It is said that several miracles occurred sometime after her death. Bernadette Soub...
DID WE MISS SOMEONE?
CLICK HERE AND TELL US
WE'LL MAKE SURE
THEY'RE HERE A.S.A.P
Quick Facts

Peruvian People
Female Saints
Taurus Women
Early Life
St Rose of Lima was born as Isabel Flores de Oliva in the city of Lima, which was then situated in the Viceroyalty of Peru. Her date of birth was 30th April 1586. Her father was Gaspar Flores, a harquebusier, in the Imperial Spanish army, and her mother’s name was Maria de Oliva y Herrera. Her nickname ‘Rose’ came from an incident where a servant claimed that he saw her face transform into a rose. She later took on the name Rose formally, after she was confirmed into the Catholic Church by the Archbishop of Lima.
She was drawn into spiritual life from an early age. She began fasting three times a week, and also performed severe penances secretly. When she started attracting men due to her beauty, she cut off her hair as well as smeared pepper over her face. Though her parents wanted to get her married, she rejected all the suitors, and took a vow of virginity, which her parents vehemently opposed. She also began abstaining from meat.
Continue Reading Below
Later Years
Soon, she began helping the hungry and sick people in her community. She brought them into her room, and began taking care of them. She also made and sold lace and embroidery to be able to take care of the needy. She eventually became a recluse as well, and left her room only when she needed to visit the church. She wanted to become a nun, but since her father was against it, at the age of 20, she joined the Third Order of St Dominic, while still living with her parents.
She regularly wore a crown of thorns as well, to emulate the Crown of Thorns worn by Christ, and she used to practice fasting quite often. She also used to sleep very less. She lived this way for eleven years, and eventually passed away on 24th August 1617, at the age of 31. It is said that several miracles followed her death. It is also claimed that she prophesized the date of her death.
On 10th May 1667, she was beatified by Pope Clement IX, and on 12th April 1671, she was canonized by Pope Clement X. She was the first Catholic in the Americas who was declared a saint. 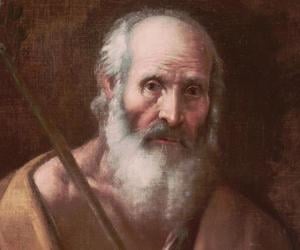